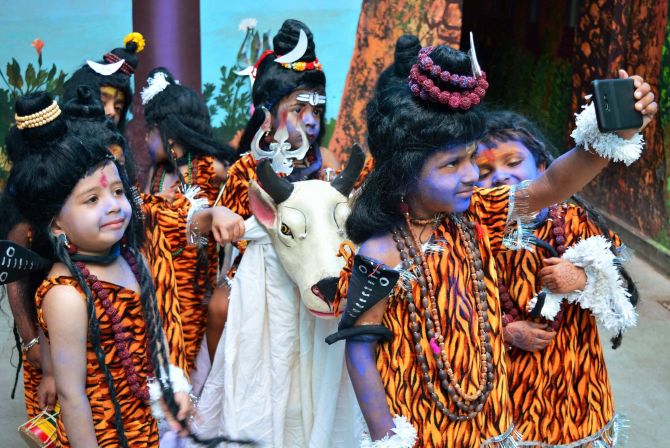 IMAGE: Children dressed up as Lord Shiva during a fancy dress contest at a school in Bhopal. Photograph: PTI Photo

The festival of Maha Shivaratri was celebrated across the country on Friday. 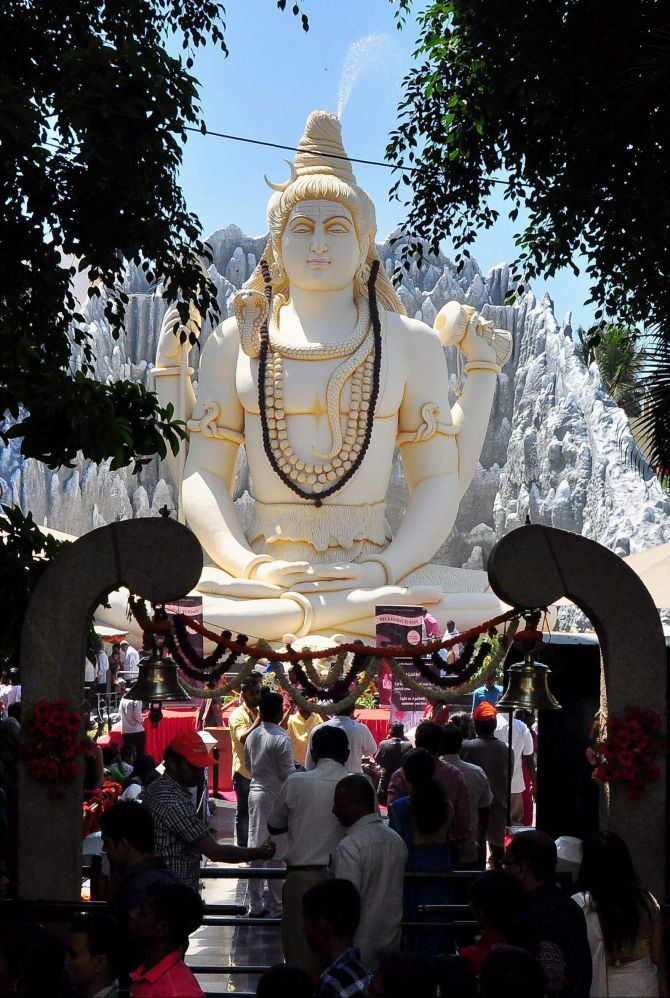 There is a shivaratri in every luni-solar month of the Hindu calendar, on the month’s 13th night and 14th day, but once a year in late February or March, or Phalguna and before the arrival of spring there comes a Maha Shivaratri. 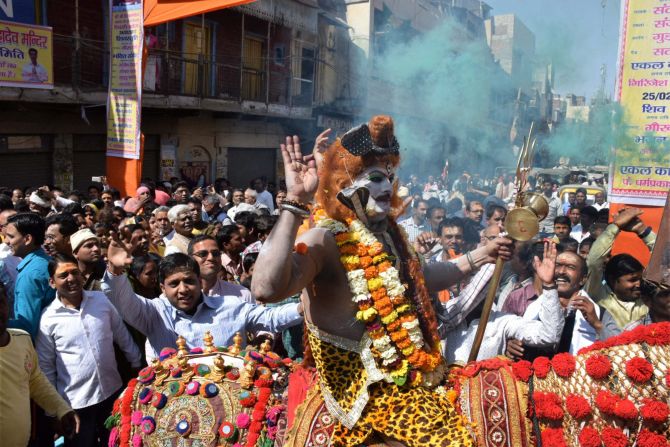 It is believed that Lord Shiva married Goddess Parvati on this day. 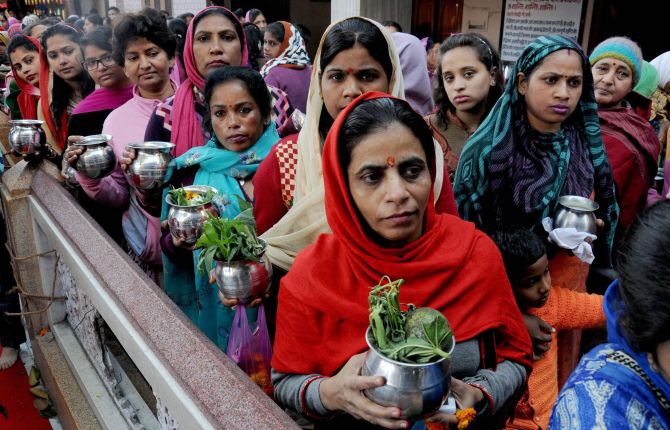 It is observed by fasting, doing Yoga and meditation. 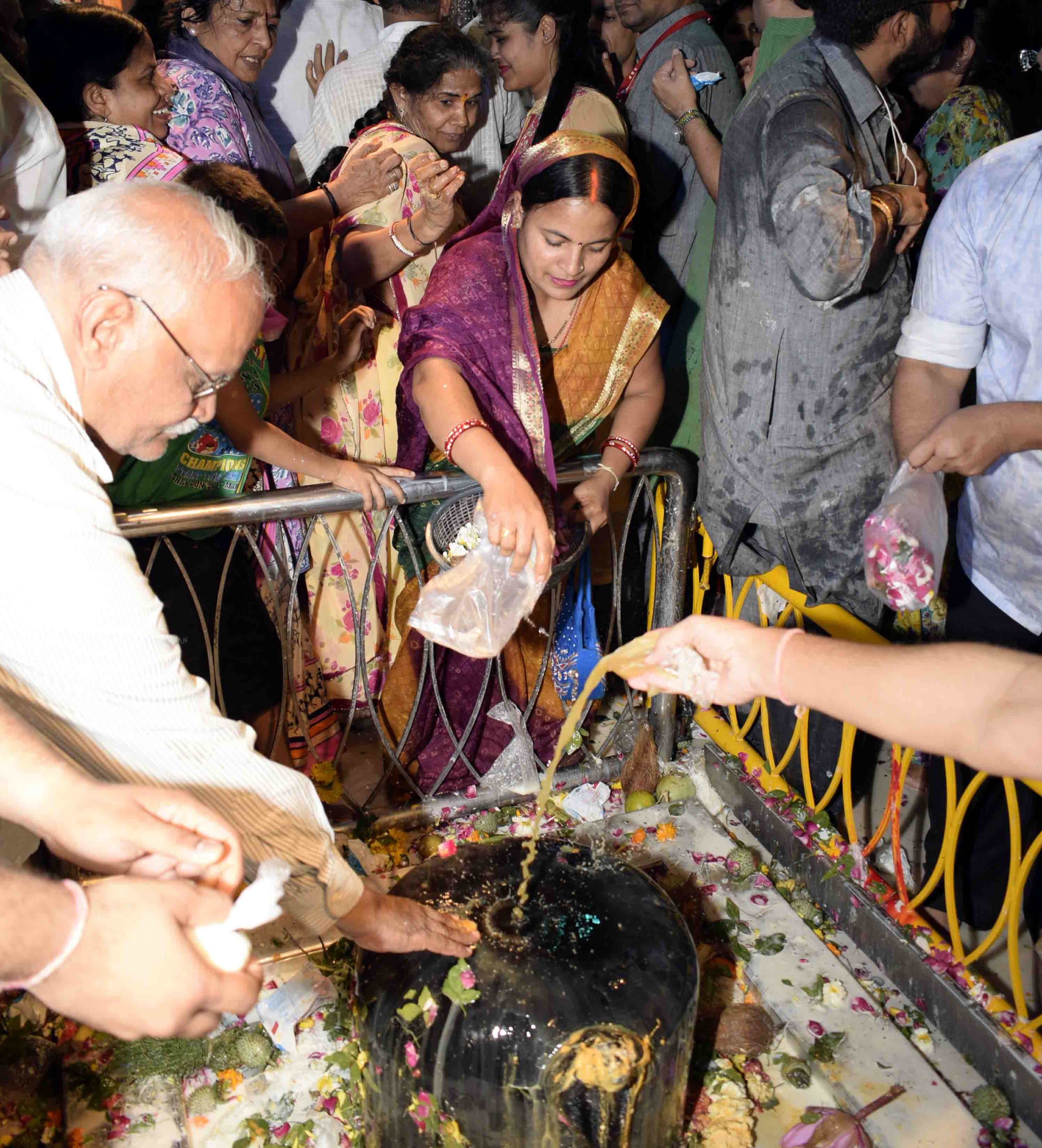 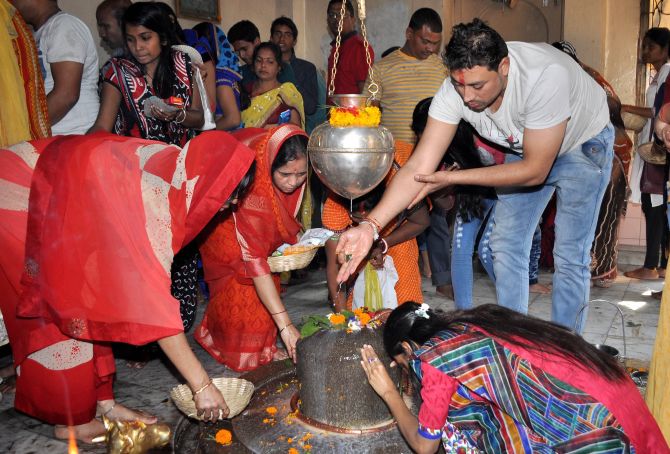 IMAGE: Devotees pay obeisance to Lord Shiva at a temple in Guwahati.

Taking to Twitter, the prime minister said, ‘Heartfelt greetings and best wishes on the occasion of Maha Shivratri.’ 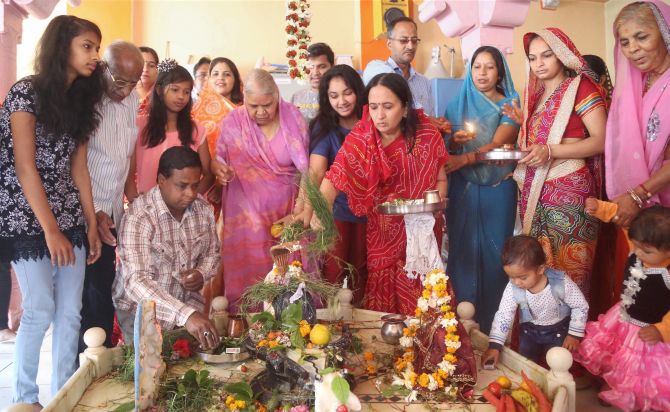 The PM will be unveiling a 112-foot-tall statue dedicated to ‘Adiyogi’ (a form of Lord Shiva who, according to the Hindu tradition, is considered the first of yogis) in Coimbatore. 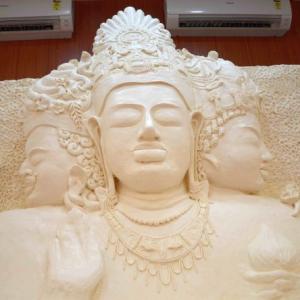 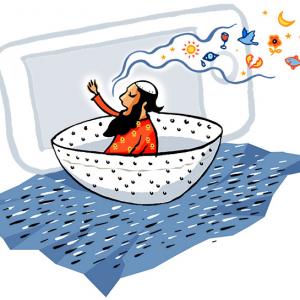