The nationwide tally of confirmed COVID-19 cases crossed 1.9 lakh on Monday after thousands more tested positive across states, but recoveries also rose further to nearly 95,000 while several cities saw the lockdown restrictions being eased with even traffic snarls returning back on roads.

The death toll rose to 5,394 after a record single-day spike of 230 fatalities in the 24 hours since Sunday 8 am, the Union Health Ministry said in its morning update. It showed the number of confirmed cases rising by 8,392 to 1,90,535.

However, a PTI tally of figures announced by states and union territories, as of 9.35 pm, showed a higher death toll of 5,501.

It also showed the number of confirmed cases across the country having risen to 1,92,174.

India is now the seventh worst hit nation by the COVID-19 pandemic after the US, Brazil, Russia, the UK, Spain and Italy, according to the World Health Organisation's coronavirus tracker.

Globally, close to 62 lakh people have tested positive for the dreaded virus infection ever since it was first reported in China last December, while more than 3.72 lakh have lost their lives.

However, close to 27 lakh have recovered worldwide since then and many countries have exited or begun exiting their respective lockdowns to revive stalled economies and safeguard the livelihood of the people.

In India, the number of active COVID-19 cases stands at 93,322 while 91,818 people have recovered, giving a recovery rate of 48.19 per cent, according to the the latest health ministry data.

The tallies announced by different states and UTs till later in the evening showed the number of recovered or discharged patients having risen to 94,879. 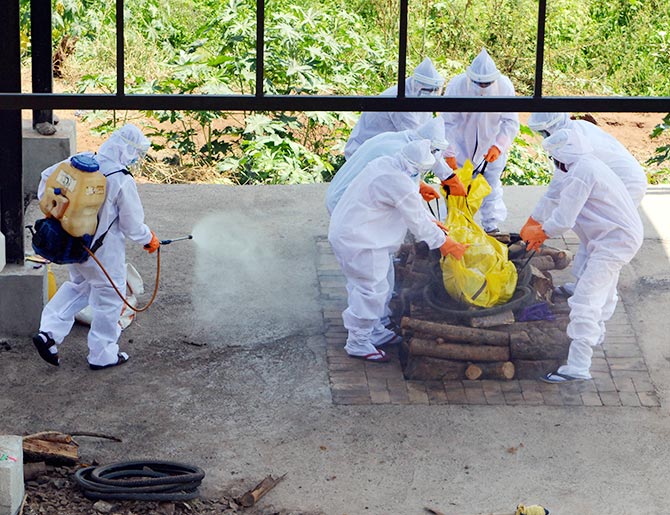 Globally, close to 43 per cent people have recovered so far while nearly 6 per cent have succumbed to the virus.

The health ministry said India's COVID-19 recovery rate has been improving and the rate of fatality has seen a steady decline to reach 2.83 per cent.

"A steady decline can be seen in the case fatality rate in the country.

"The relatively low death rate is attributed to the continued focus on surveillance, timely case identification and clinical management of the cases," the ministry said.

Prime Minister Narendra Modi said the world must unite and focus on 'humanity-centric' aspects of development.

Addressing the 25th anniversary celebrations of the Rajiv Gandhi University of Health Sciences in Bengaluru via video, he said the debates on globalisation have focused on economic issues so far, but now the advancements the nations make in the healthcare sector will matter more than ever before.

Among various states, Rajasthan, West Bengal, Assam, Odisha, Tamil Nadu, Kerala and Andhra Pradesh reported more cases even as measures continued to contain the spread and to beef up the medical infrastructure to treat those contracting the virus.

A group of health experts, including doctors from the All India Institute of Medical Sciences and two members of an Indian Council of Medical Research research group on COVID-19, has said that community transmission of the coronavirus infection has been well-established across large sections or sub-populations in the country. 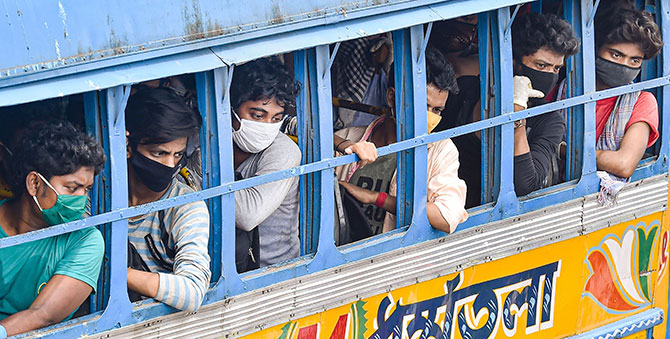 IMAGE: Migrants sit in a bus to reach their native places after they arrive at Howrah station by train in Kolkata. Photograph: Swapan Mahapatra/PTI Photo

The government has, however, maintained that India has not yet reached the community transmission stage of the disease.

A senior scientist at the Indian Council of Medical Research (ICMR) has also tested positive following which the entire ICMR building is being sanitised, sources said.

The scientist, who is from Mumbai, had come to Delhi a few days ago and tested positive for the virus on Sunday morning.

In the national capital, Chief Minister Arvind Kejriwal announced reopening of barber shops and salons, among various other relaxations, but said spas will remain closed for now.

A complete lockdown in containment zones will continue till June 30.

Kejriwal also said there will be no restrictions on the number of people travelling in four wheelers, two wheelers, auto-rickshaws, e-rickshaws and other vehicles in the city.

While all shops in markets have been permitted to function, they can be closed by authorities if social distancing guidelines are not followed, according to a government order.

Fresh orders would be issued later for further relaxations from June 8 as per the guidelines issued by the Union Home Ministry over the weekend.

Kejriwal, however, said Delhi's borders with Haryana and Uttar Pradesh will be sealed for a week in the wake of rising coronavirus cases in the city and sought suggestions from the people by Friday to reopen them.

At the Delhi airport, authorities have set up a dedicated area at the entry point of its parking zone to ensure cabs coming there to pick up passengers are thoroughly sanitised.

While domestic flights have begun in a phased manner, the international flights would be allowed only in the third phase of unlocking, though no dates have been decided so far.

Civil Aviation Minister Hardeep Singh Puri said several factors like restrictions in metro cities and the ban imposed by various countries on the entry of foreigners need to be addressed before resuming international passenger flights.'

Aviation regulator DGCA separately asked airlines to keep middle seats vacant to the extent possible in the wake of the coronavirus outbreak.

If a flyer has been allotted the middle seat due to a high passenger load, then additional protective equipment like a wrap-around gown must be provided to the passenger in addition to a three-layered face mask and face shield, the DGCA said.

Separately, several states also began allowing various activities that have been restricted since March 25, when the nationwide lockdown came into effect to fight the coronavirus pandemic. 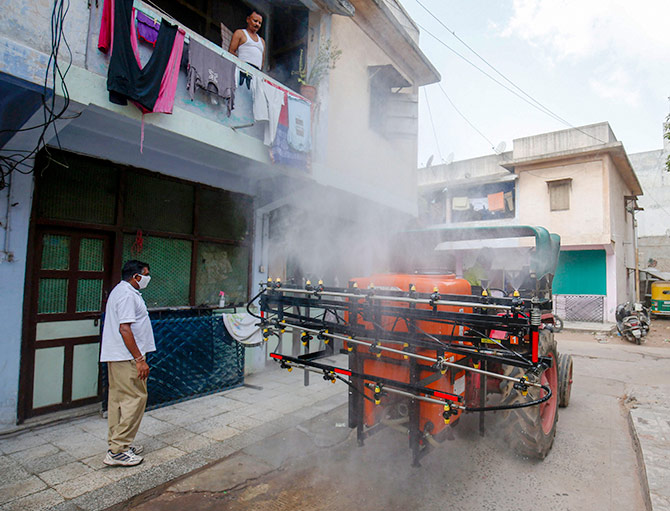 In Gujarat, life returned to near normal in many parts including in Ahmedabad, the state's worst coronavirus-hit district, as several restrictions were eased.

Roads bustled with traffic as people came out in large numbers to visit markets, which have been allowed to remain open till 7 pm in all areas except in containment and micro-containment zones.

In Ahmedabad, a limited number of city buses also began plying with 50 per cent seating capacity to maintain social distancing, while auto rickshaws hit the roads for the first time in ten weeks.

Gujarat reported the tally of confirmed coronavirus cases rising to 17,217, with addition of 423 new cases, while the state's death toll rose to 1,063 after 25 more patients succumbed to the infection, 22 of them in Ahmedabad.

In Maharashtra, the worst-hit state, more than 100 doctors and nurses from Kerala will join the medical staff at some Mumbai hospitals to help them in the battle against COVID-19 pandemic.

West Bengal reported eight more fatalities to take its death toll to 253, while the number of cases rose to 5,722 after 271 more people tested positive in the last 24 hours.

In Kolkata, people came out on the streets in large numbers, while traffic snarl was noticed at many places following the lockdown relaxations.

Some religious places also reopened for worship by the people, which was also the case in various other states.

In neighbouring Odisha, the number of positive cases rose to 2,104 after a record number of 156 cases were detected during the day. Of these, 153 were detected at various quarantine centres, while three others were found positive during COVID-19 contact tracing.

In Kerala, 57 new cases were reported, 55 of whom had come from abroad and other states, taking the state's infection tally to 1,326.

More than 1.39 lakh people are under observation in the state. 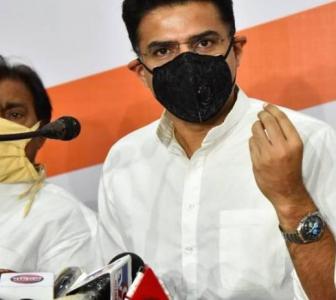 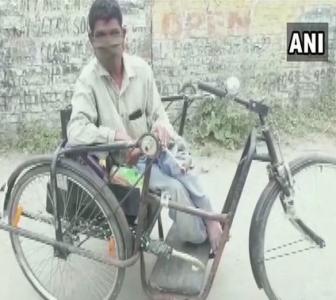 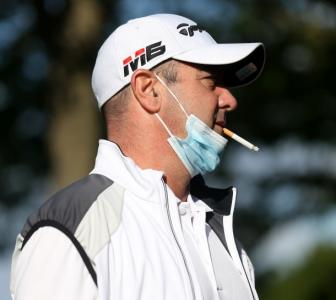