'It will be shameful if I don't call him out for saying that those indulging in violence can be identified by their clothes itself,' the Bhim Army chief said.

A day after being released from the Tihar Jail, Bhim Army chief Chandra Shekhar Aazad said on Friday that his primary concern was not to fight the Delhi polls, but to strengthen the 'movement' against the 'discriminatory' Citizenship (Amendment) Act.

Aazad, who has been accused of inciting people during an anti-CAA protest at Jama Masjid in New Delhi on December 20, moved court on Friday seeking modification of the conditions imposed on him by a Delhi court while granting him bail in the case.

The court on Wednesday had restrained Aazad from visiting Delhi for four weeks and directed him not to hold any dharna till the elections in the national capital and said that 'the nation cannot be exposed to anarchy'.

The plea, filed by advocates Mehmood Pracha and O P Bharti, said Aazad was not a criminal and claimed imposing such conditions were wrong and undemocratic.

The court will hear the matter on Saturday.

It had earlier also said that before going to Saharanpur if Aazad wants to go anywhere, including Jama Masjid, in Delhi, police will escort him there.

Special circumstances call for special conditions, the judge had said. 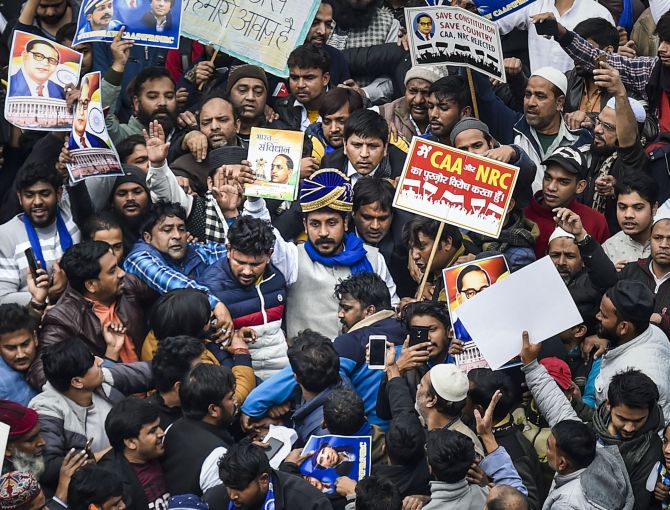 IMAGE: Aazad was released from prison on Thursday night after a Delhi court granted him bail. Photograph: Ravi Choudhary/PTI Photo

Earlier on Friday, the 33-year-old Bhim Army chief visited the Jama Masjid, located in the old quarters of Delhi from where he was arrested, and read out the preamble to the Constitution as he called for repeal of the amended citizenship law.

Aazad was released from prison on Thursday night after a Delhi court granted him bail.

He termed the amended law a 'Black Act' and stressed that nothing was more important than keeping the country together. Swarmed by his supporters and locals, Aazad, donning his trademark blue scarf, spent close to 40 minutes at the historic mosque.

Later at a press conference, he said the court granted him bail under certain conditions and told him not to disrespect Prime Minister Narendra Modi.

"But it will be shameful if I don't call him out for saying that those indulging in violence can be identified by their clothes itself."

"The court asked me to respect Prime Minister (Narendra Modi), I want to ask him to respect the Constitution. I am ready to give my blood ... let Modiji also give his blood... and let's find out who loves the country more," Aazad said. 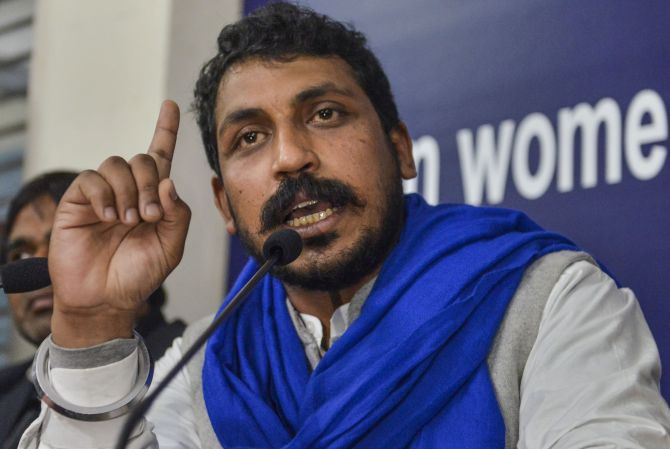 "My priority is to make the people aware about the discriminatory citizenship law and mobilise them against it... It's time to strengthen this movement, politics can happen later," he said.

Sources in the Bhim Army had in December said the Dalit group could take a political plunge in the Delhi assembly elections and fight panchayat polls in Uttar Pradesh.

Aazad also said that he withdrew from contesting against Modi in the 2019 Lok Sabha elections because he did not 'have enough money' and it would have affected the Dalit movement.

"Our protest against CAA will continue. We request the court to allow us to protest. The government is spreading misinformation on the issue and we are just putting a check on it," the Bhim Army chief said.

Aazad claimed that he was arrested for reading out the preamble to the Constitution on the stairs of Jama Masjid and that he will continue to 'read it daily'.

He also recited poet Rahat Indori's ghazal 'Agar Khilaf Hai Hone Do', which has become a rallying cry in the recent protests against the Citizenship (Amendment) Act and the planned National Register of Citizens (NRC).

On the violence at Jamia Millia Islamia and Jawarharlal Nehru University, Aazad said, "Women are worshipped in this country, but here they were beaten up." 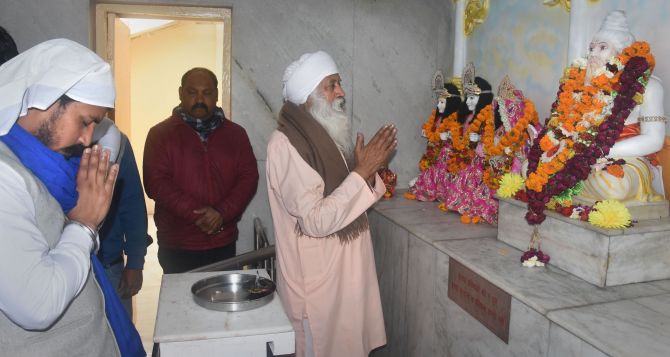 Earlier in the day, the Dalit group leader visited the Bhagwan Valmiki Mandir in Gole Market, Gurdwara Bangla Sahib and Jama Masjid, and addressed members of the Bhim Army before the 24-hour court-imposed deadline to leave the city ended. He also paid a visit to the Karbala at Jor Bagh.

Aazad lauded the women participating in protests against the Citizenship (Amendment) Act in Delhi's Shaheen Bagh and Jamia Millia Islamia as well as in other parts of the country. Anti-CAA agitation have also been taking place near the Jama Masjid.

"This (anti-CAA) movement is for the future of this country, for our identity and to uphold the Constitution. It is our responsibility to strengthen it," he said while stressing that it is the fundamental duty of citizens to protect the Constitution and urged people to carry out the protests peacefully.

A Delhi court granted bail to Aazad on Wednesday and restrained him from visiting the national capital for four weeks.

The court further directed him not to hold any dharna in Delhi till the Assembly elections in Delhi are over.

It, however, had said that before going to Saharanpur, if Azad wants to visit any place, including the Jama Masjid, within 24 hours of his release, the police will escort him. 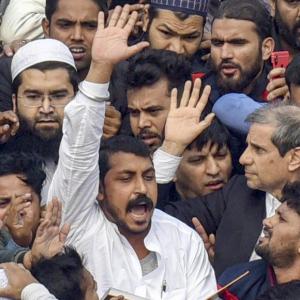 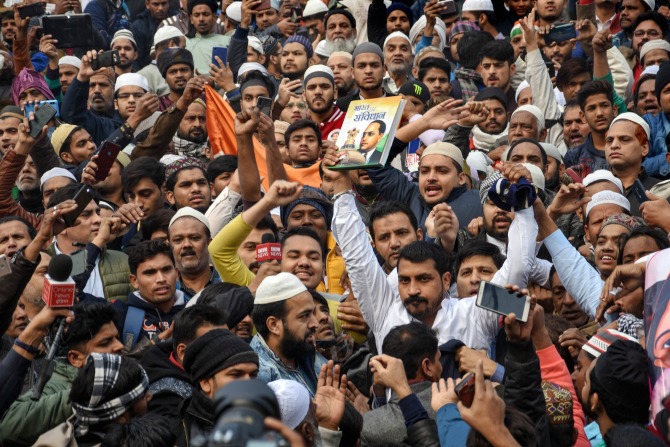