While it is usual for those who retire from service to get medals, certificates and mementos on their last day at work, seven canines of the Central Industrial Security Force had a similar farewell on Tuesday and earned some salutes and selfies with the troops in uniform. 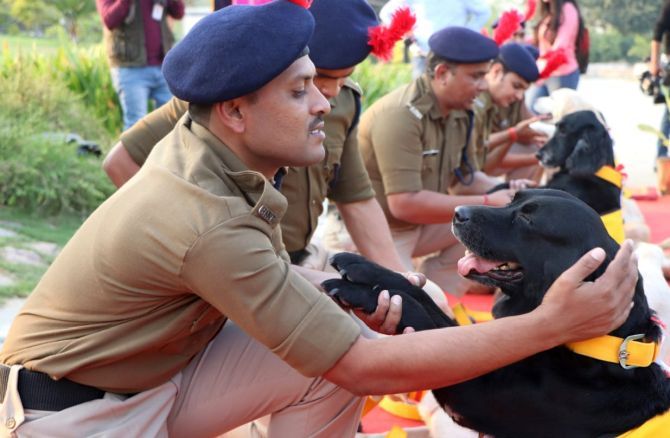 In a unique ceremony, Hina, Kite, Jelly, Jessy, Lucy, Lovely and the lone male dog Veer were accorded a warm send-off by the CISF after they completed their varied tenures in securing the Delhi Metro against various threats and nefarious activities.

The CISF's Delhi Metro security head and Deputy Inspector General Raghubir Lal awarded the dogs, who were accompanied by their handlers, medals, certificates of appreciation and mementos at a ceremony held at a force camp here.

A special farewell was accorded to them by troops in uniform who lined up to salute the four-legged soldiers as they took their last walk in the camp. 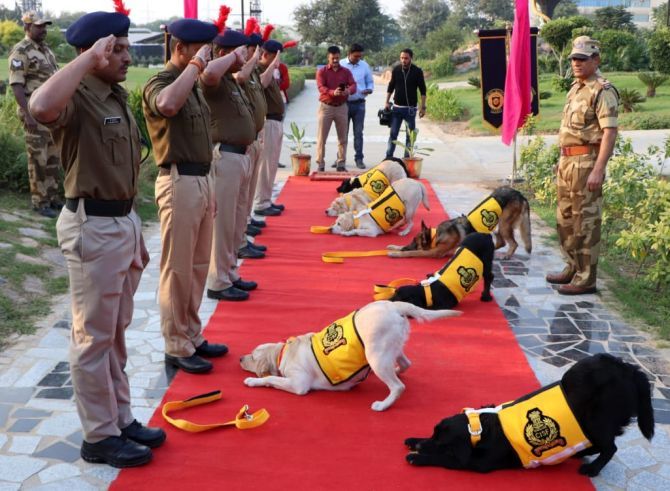 "These canines have conducted anti-sabotage checks on thousands of suspicious items, bags and narcotics and participated in numerous mock drills and anti-terror sweeping exercises at the Delhi metro that witnesses a footfall of over 28 lakh each day," Lal said.

"They have kept us all safe for so many years and hence a befitting farewell was arranged for them," he said.

Handlers and some other CISF troops were seen hugging and taking selfies with the canines after the ceremony. 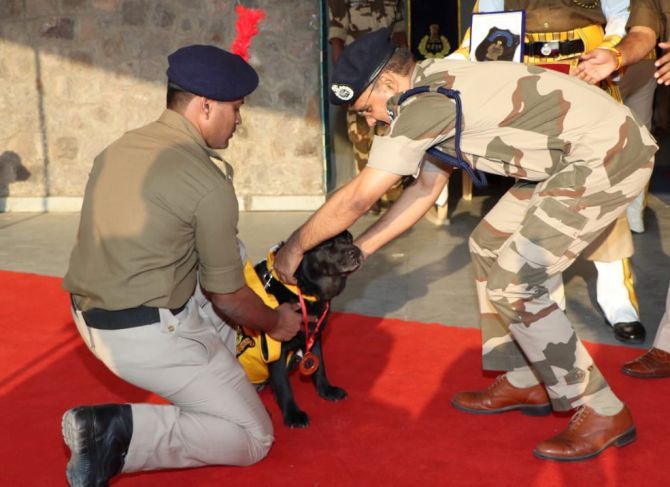 "It is like parting from a dear friend. This is an emotional moment," a jawan who took a selfie with Veer said.

The dogs who retired were of three different breeds like labradors (Hina, Kite, Jelly, Lucy and Lovely), a cocker spaniel (Veer) and a German shepherd (Jessy). The canines were later handed over to a local NGO who will take care of them, Lal said.

The CISF has deployed over 13,000 troops and over 50 canines to secure the over 200 metro stations operational in the national capital region. 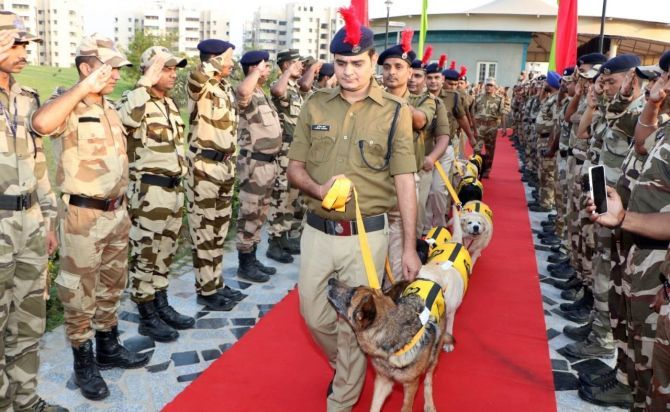