Celebrating the life of Nelson Mandela

Nelson Mandela, the hero of South Africa’s struggle to end apartheid and establish democracy, is being honoured in a new visitor attraction on London’s South Bank.

Mandela: The Official Exhibition traces the story of the 20th century’s most iconic freedom fighter and political leader through previously unseen film clips and photographs. It includes artefacts such as one of his hand-printed batik shirts and the ceremonial headdress awarded to Mandela upon his release from prison in 1990.

The exhibition is designed to tour the world: after closing in London in June it will go to Paris.

Here’s a glimpse of what you can expect at the exhibit. 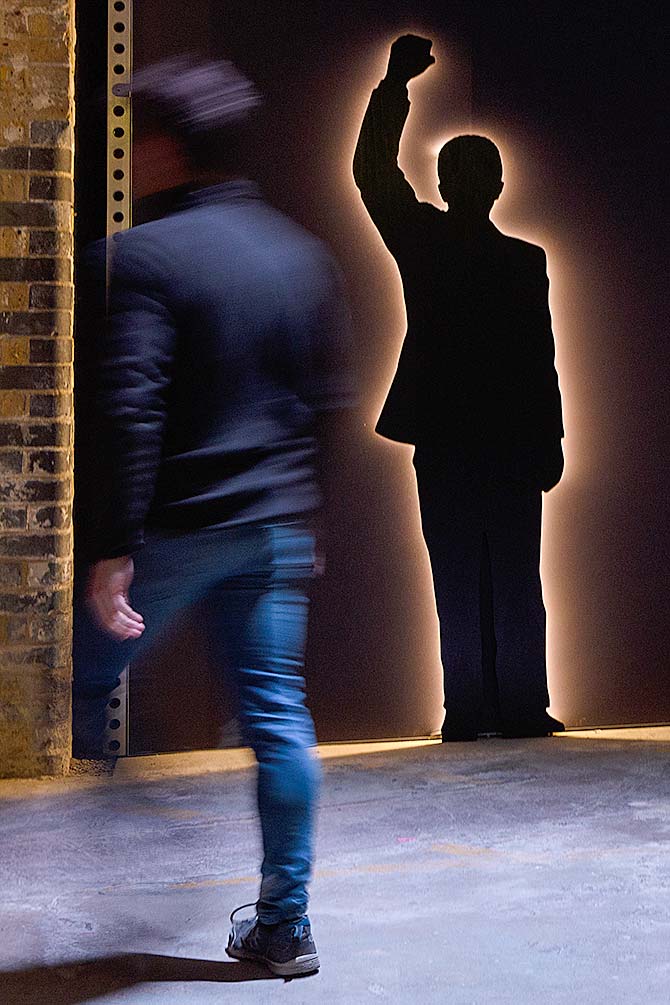 A man walks past a graphic of the silhouette of former-South African President Nelson Mandela at a press preview of "Mandela: The Official Exhibition" at 26 Leake Street in London, England. Opened on February 8, the exhibition tells the story of Mandela's life from childhood, through apartheid and prison, and onto his leadership of South Africa. All photographs: Leon Neal/Getty Images 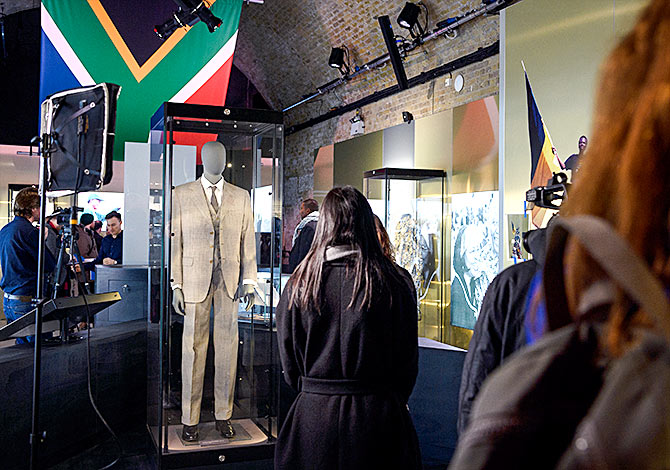 A three-piece suit worn by Nelson Mandela for the opening of Parliament in Cape Town on February 9 1996 is seen among photographs and exhibits. 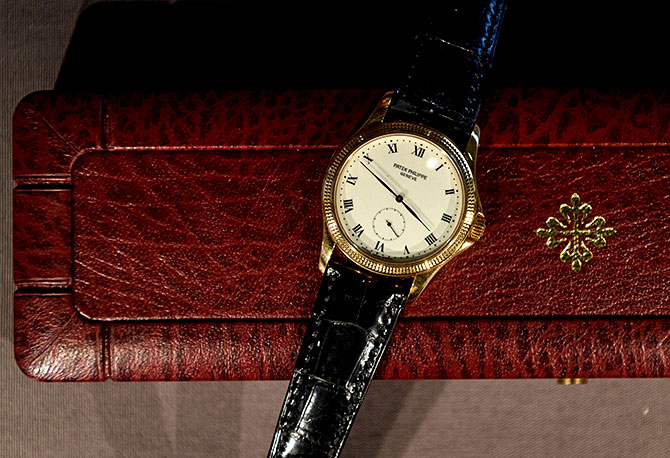 A Patek Philippe wristwatch formally owned by Nelson Mandela is seen at a press preview of "Mandela: The Official Exhibition". 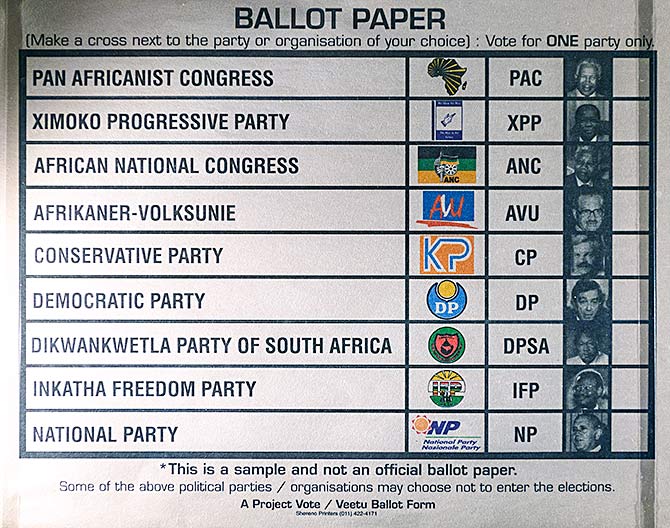 A sample ballot paper from the 1994 general election in South Africa is featured at the exhibition. 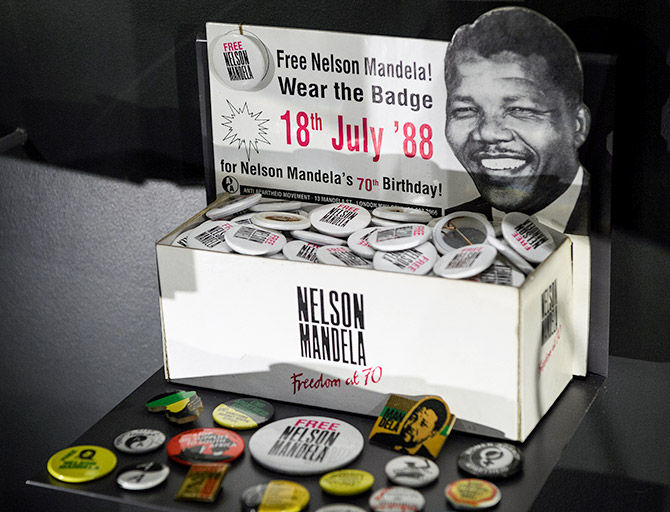 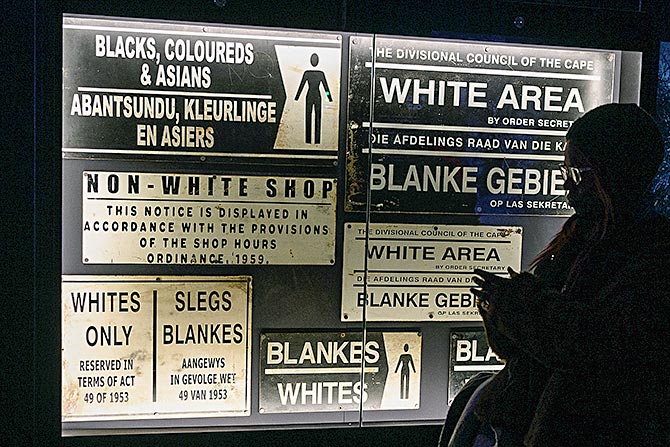 A selection of public signs from the apartheid era are in a display case at the installation. 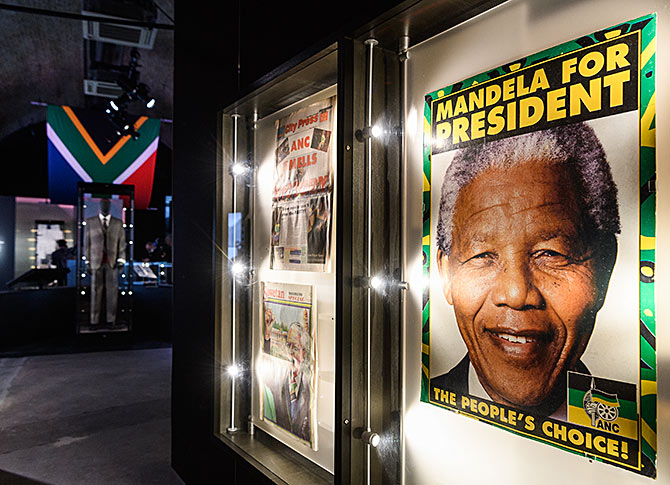 An election campaign poster reading "Mandela for President" is seen among exhibits. Mandela: The Official Exhibition has been created with the help and support of the family of Madiba, as he is often referred to. 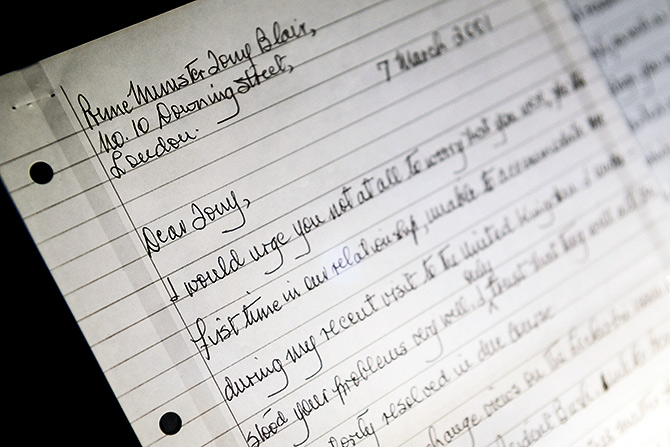 A handwritten letter from Nelson Mandela to former British Prime Minister Tony Blair. Speaking about the exhibit, Mandela's grandson Nkosi Zwelivelile Mandela said, "I can say without the slightest doubt that Madiba would have given his stamp of approval to staging this exhibition in London." 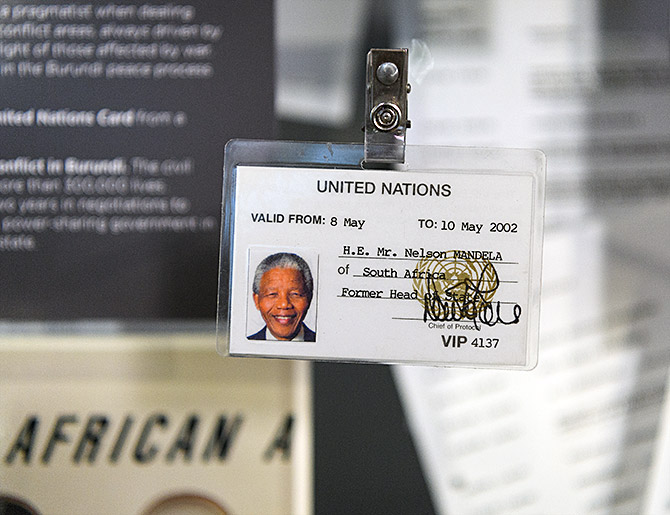 Nelson Mandela's United Nations card, from a 2002 visit. After a worldwide tour, the exhibition will be permanently installed in Mvezo, Nelson Mandela’s birthplace. 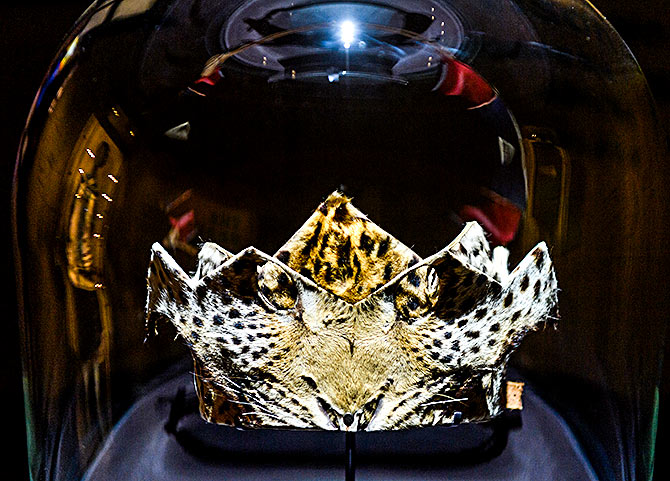 The ceremonial leopard-skin headdress, awarded to Nelson Mandela by King Xolilzwe Sigcawu of the Zhosa people. Mandela: The Official Exhibition runs from February 8 to June 2. 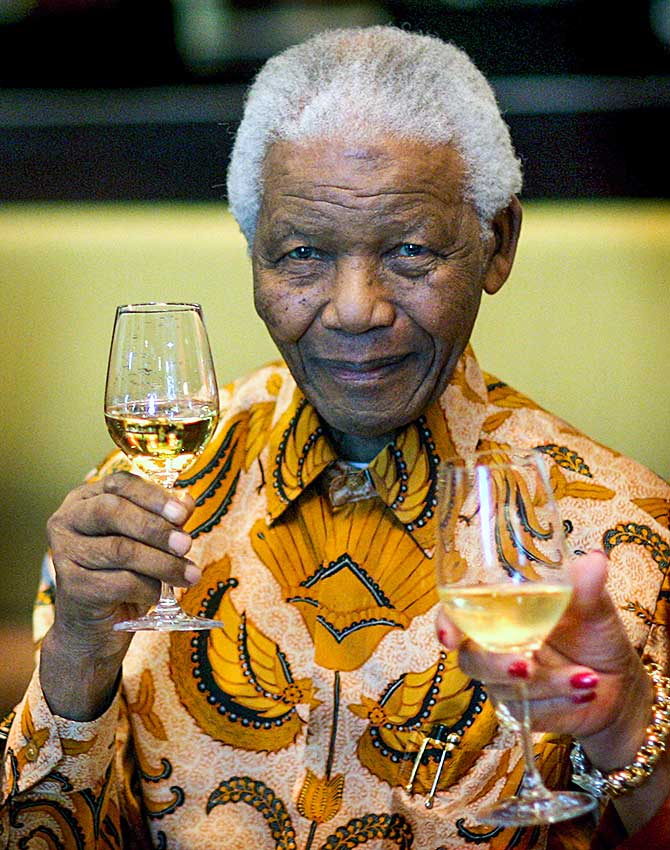 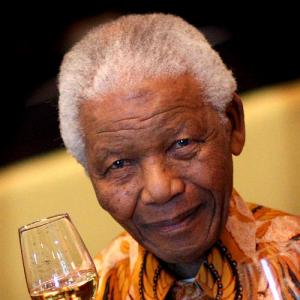 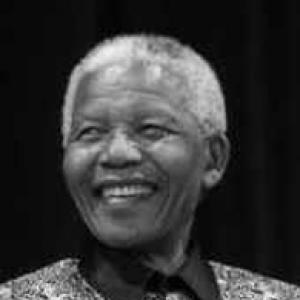 The lasting image of Nelson Mandela is his smiling visage