15 dead, over 35 hurt in bus-truck collision in Maharashtra

As many as 15 people were killed and 35 others were injured after a bus collided with a canter truck in Dhule district of Maharashtra. 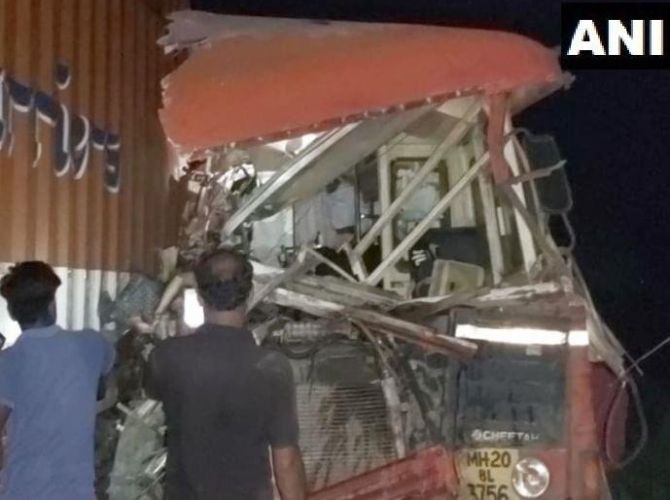 The accident occurred near Nimgul village on Sunday night. The injured were admitted to a nearby hospital for medical aid, where six patients are said to be in critical condition.

The impact of the accident was such that the complete front portions of both the bus and truck were severely damaged. 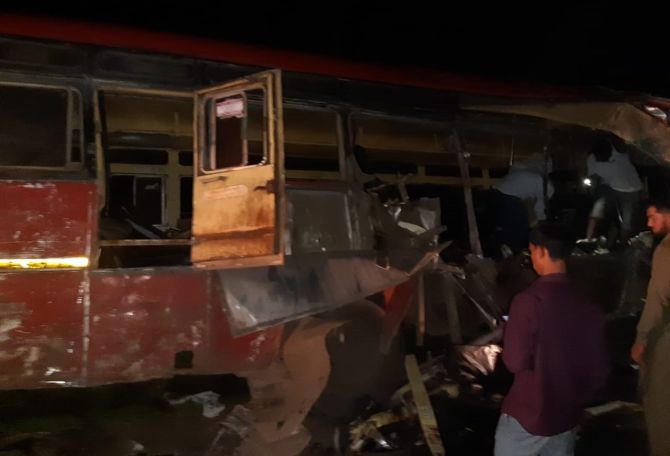 A crane was deployed in order to tow away the damaged vehicles and resuming the smooth flow of traffic over the stretch. 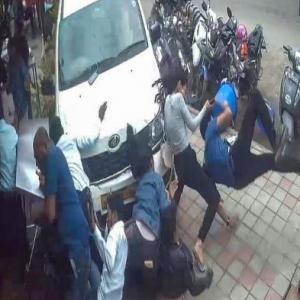