Burqa-clad Taliban terrorists on Friday stormed an agriculture training institute in Pakistan’s northwestern city of Peshawar and opened indiscriminate fire, killing at least 12 people, half of them students, before being shot dead by security forces. 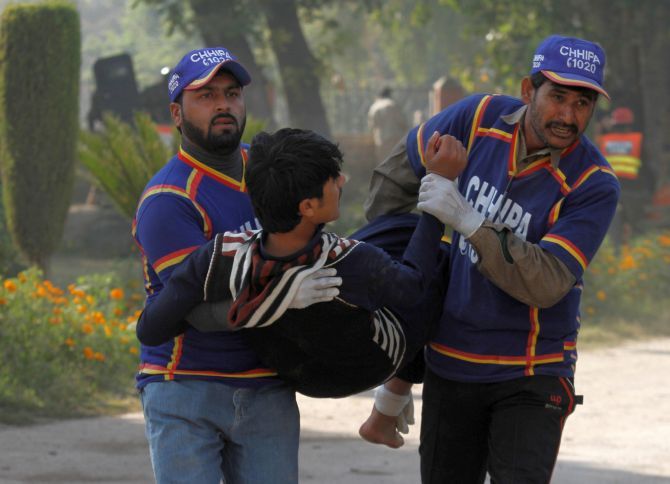 IMAGE: Rescue workers assist an injured student from the shooting at Directorate of Agriculture Institute in Peshawar. Photograph: Fayaz Aziz/Reuters

The three heavily armed terrorists, who arrived in an auto rickshaw, attacked the students’ hostel of the Directorate of Agriculture Extension on the University Road in the city, the capital of the restive Khyber-Pakhtunkhwa province.

The institute was closed for the Eid-e-Milad holiday, but about 70 students were present in the hostel.

The Tehreek-i-Taliban Pakistan claimed responsibility for the attack. 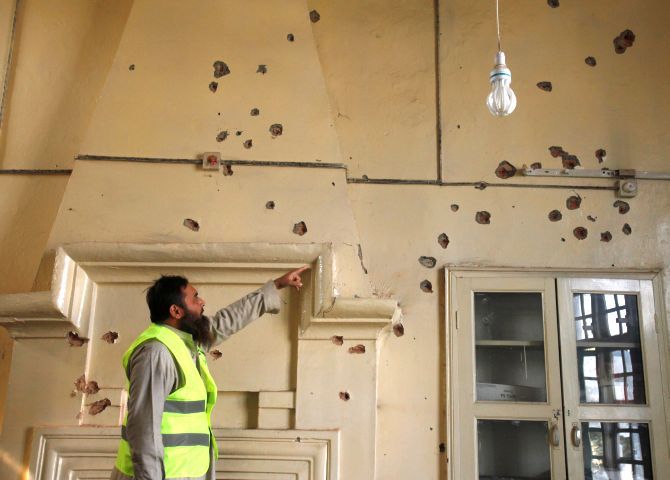 IMAGE: A rescue worker gestures toward bullet holes in the wall of a computer lab after the shooting at Directorate of Agriculture Institute in Peshawar. Photograph: Fayaz Aziz/Reuters

Police chief of Khyber Pakhtunkhwa province Salahuddin Mehsud said 12 people including six students, a security guard and five civilians, were killed and 32 others injured in the attack.

He said three terrorists were killed by security forces after a gunfight which lasted for an hour. Police are trying to ascertain the identity of a dead person.

A huge cache of arms, including three unexploded suicide vests, 20 hand grenades, Klashnikovs have been recovered from the possession of terrorists. 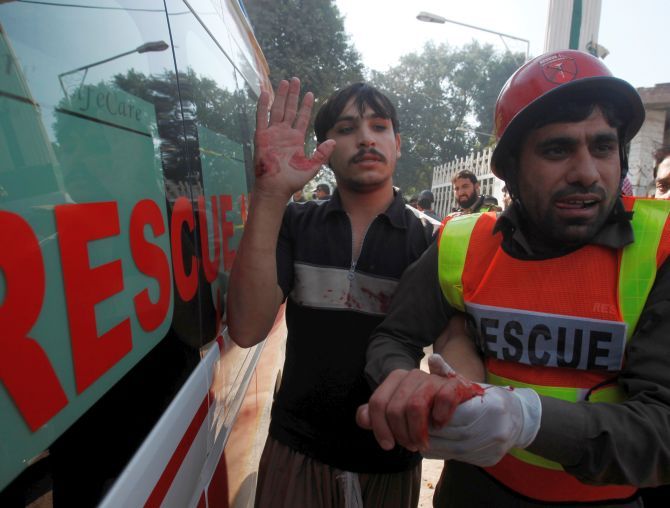 IMAGE: A rescue worker assists an injured student from the shooting at Directorate of Agriculture Institute in Peshawar. Photograph: Fayaz Aziz/Reuters

Mehsud said the terrorists had links inside Afghanistan.

An eyewitness said he and his colleagues were sleeping when the firing started Geo News reported.

The eyewitness, a student, said he and his colleagues ran as fast as they could but two of them were injured in the firing.

“We took them out with us and admitted them to the hospital,” said Ariful Haq, adding that around 120 students live in the hostel but most had gone home due to the long weekend.

He added that the students who board at the premises are undertaking their diplomas in Agriculture Sciences and Veterinary Sciences. 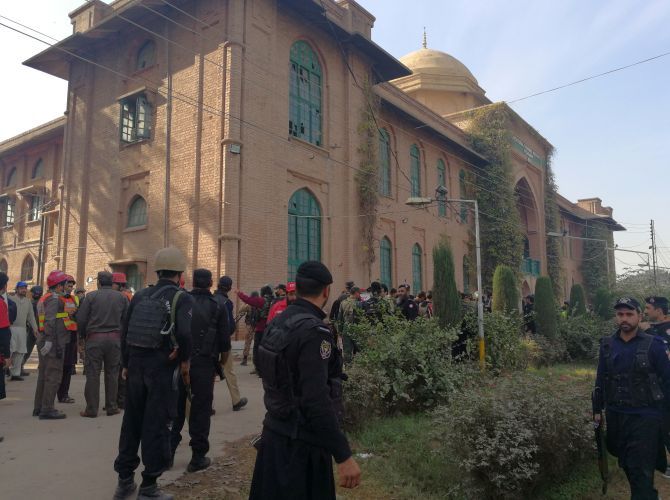 IMAGE: Police and rescue workers outside the Directorate of Agriculture Institute in Peshawar. Photograph: Fayaz Aziz/Reuters

Peshawar, close to the Afghan border, has seen some of the worst violence during the Taliban insurgency in recent years.

Later, on January 20, 2016, 21 students and staff members of Bacha Khan University in Charsadda here were killed after terrorists stormed the university and opened fire.