Britain's Prince George is seen smiling in an England football shirt for official photographs released to mark his sixth birthday. IMAGE: Playful George in an England football jersey can be seen belly laughing in this photograph taken by his mother, the Duchess of Cambridge, in the gardens at Kensington Palace. Photograph: @KensingtonRoyal/Twitter

The third in line to the throne turns six on Monday. 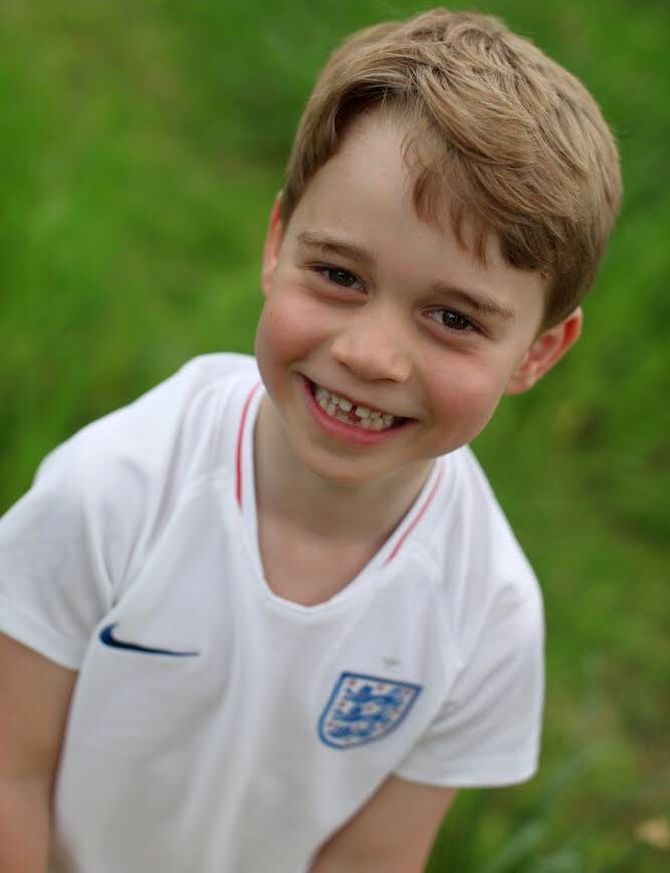 IMAGE: The birthday boy shows off his cheeky smile and missing baby teeth in the photograph. Photograph: @KensingtonRoyal/Twitter

He made his public debut in front of the world's media on the hospital steps one day later, wrapped in a white merino wool shawl, cradled in his proud parents' arms.

The prince has had quite a few memorable moments already in life, however, his best encounter was with former United States President Barack Obama at KensingtonPalace in 2016, where he was seen shaking hands with the American leader while dressed in pajamas and a robe. 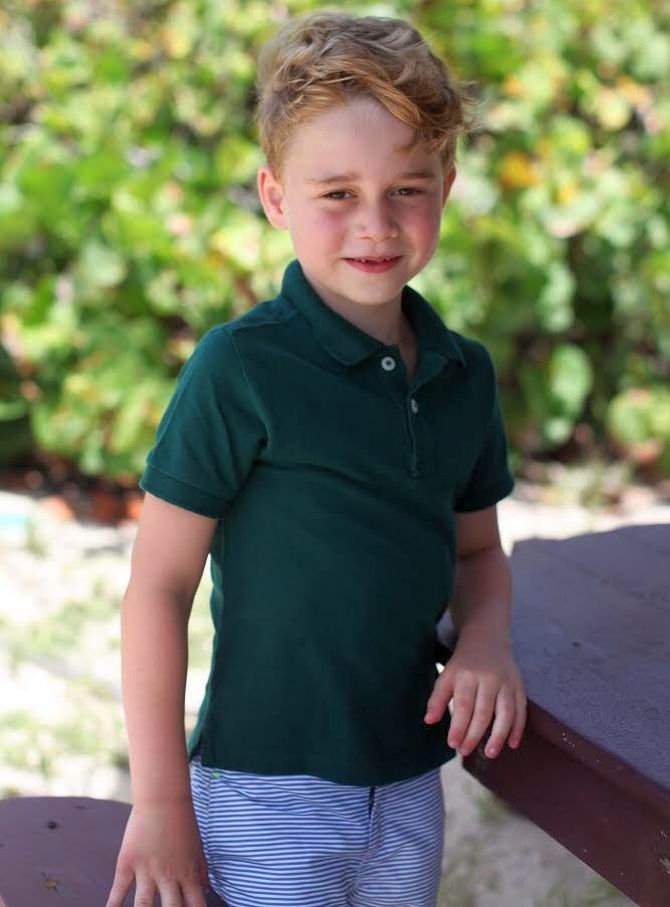 IMAGE: The future king of the United Kingdom is seen outdoors in front of a leafy backdrop, wearing blue and white striped shorts and a green polo shirt. Photograph: @KensingtonRoyal/Twitter
AGENCIES
SHARE THIS STORY
Print this article