After being pounded by rains for the past few days, there was a brief let-up in the downpour on Saturday but the government remained on high alert with more rains forecast, even as the toll in the monsoon fury since August 8 climbed to 37. 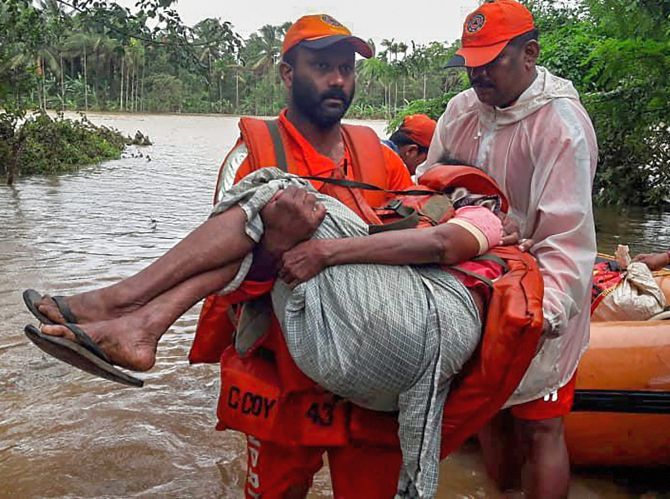 Chief Minister Pinarayi Vijayan, who undertook an aerial survey of rain ravaged areas of Idukki and Wayanad, said Kerala was in the midst of an unprecedented flood havoc and the calamity has caused “immeasurable misery and devastation.”

He said Rs 10 lakh compensation would be given to people who lost their homes and land and Rs four lakh to those who lost a member of their family.

Though there was a respite from rains across the state on Saturday, especially in catchment areas of Idukki dam, the Indian Meteorological Department issued a ‘Red alert’, asking people to be cautious as there was a possibility of heavy to very heavy rainfall in most places in Idukki, Wayanad, Kannur, Ernakulam, Palakkad and Malappuram. 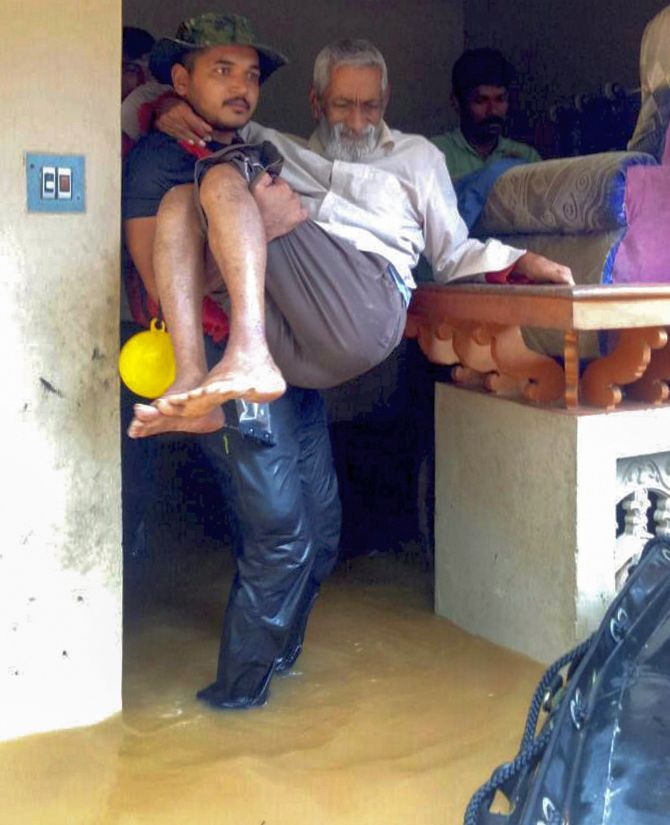 Two fishermen drowned when their boat capsized off Thiruvananthapuram coast, while in an another incident, the bodies of a mother and daughter were found in a waterlogged area behind their house at Kuttanad in Alappuzha district.

Four more bodies were recovered from other parts of the state, taking the toll to 37, official sources said.

With the let up in the rains, life is limping back to normal in affected areas, including Palakkad and Waynad, where flood waters have started receding.

A total of 35,874 people have been put up in 341 relief camps across Kerala, officials at the state Disaster Management control room said.

A total of 580 houses were partially damaged and 44 fully, they said, adding crops in 1301 hectares have been destroyed. 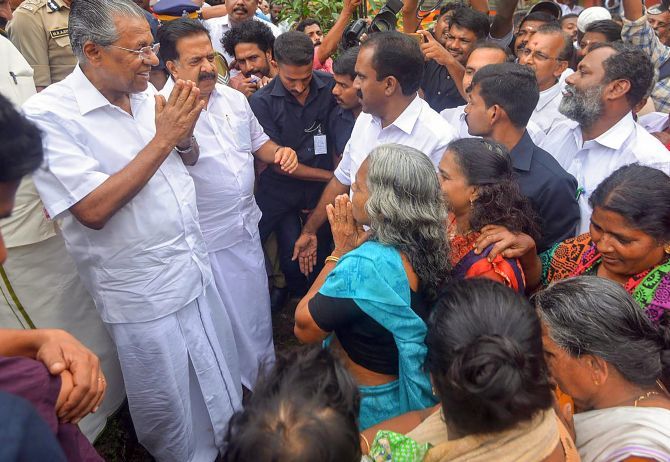 According to Indian National Centre for Ocean information services, there was a possibility of flooding in low-lying coastal areas in Kerala, especially during high tide timings due to ‘Perigean spring tides’ from August 11-15.

The government machinery, as well as the Army, Navy and Coast Guard continued to remain alert to deal with the threats of flooding in parts of Ernakulam district and banks of the Periyar river following release of water from Idukki dam.

KSEB sources said the water release from the dam was being closely monitored. At present 7.50 lakh litres of water was being released by the dam per second.

This discharge would continue till the water level in the giant reservoir reaches the 2400 feet level, sources said. 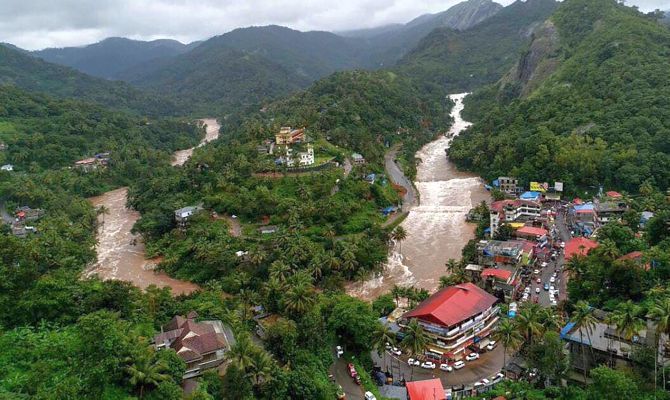 IMAGE: An aerial view of the flood-hit areas of the state of Kerala. Photograph: @CMOKerala Photo via PTI

Union Home Minister Rajnath Singh will undertake an aerial survey of some flood-hit areas and hold discussions with the chief minister at Kochi on Sunday.

Earlier, due to inclement weather, the chief minister’s helicopter could not land at Kattapana in Idukki, where he had called a meeting to review the situation in the backdrop of the opening of five shutters of the Idukki Dam, government sources said.

The helicopter later left for Wayanad.

Announcing the compensation after chairing a review meeting at Wayanad, Vijayan said all families housed in relief camps would be provided Rs 3,800 each.

Vijayan was accompanied by Opposition leader in the assembly, Ramesh Chennithala, Revenue minister E Chandrasekharan and senior officials during the aerial survey. 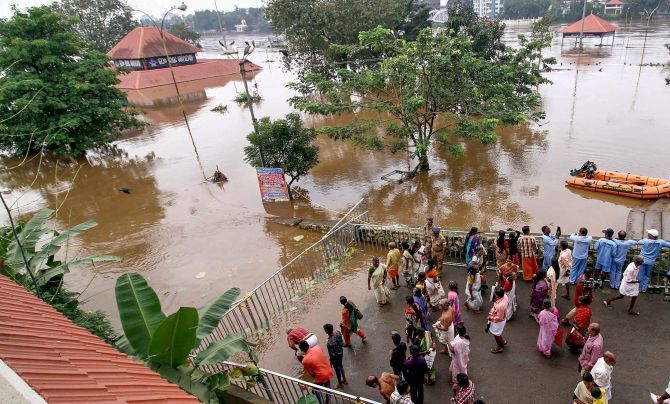 The CM also held review meetings and met people at some relief camps to hear their woes.

Later in a Facebook post, Vijayan said agricultural loss was to the tune of crores of rupees and several houses were damaged.

Many bridges and roads were also destroyed, he said.

It would take months for life to come back to normal and help and assistance from all quarters was needed, he said.

For the first time in the state’s history, sluice gates of 27 dams were opened, he said, adding never before had the state witnessed a calamity on this scale.

The entire state machinery is working in unison to provide drinking water, food and clothes to people living in relief camps, he added. 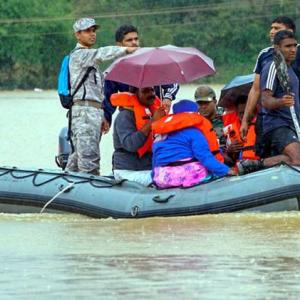