"Today we’ve voted for love, for equality. It’s time for more marriages, more love, more respect. This belongs to us all. This is Australia," said Malcolm Turnbull, the Australian prime minister after the announcement. IMAGE: A woman smiles as she gathers with a crowd of people to watch a large television screen at Federation Square as it is announced that same-sex marriage will be legal in Australia with Parliament agreeing to change the Marriage Act and end the ban on gay and lesbian couples marrying. Photograph: Scott Barbour/Getty Images

Same-sex marriage will officially be legalised in Australia after both houses of Parliament voted in favour of the historic change.

Netherlands
The first country to legalise equal marriage rights in 2001

The House of Representatives voted to pass same-sex marriage into law on Thursday afternoon after a months-long public debate that has created tension and division.

“What a day, what a day for love, for equality, for respect. Australia has done it!” an impassioned Malcolm Turnbull said immediately following the announcement. 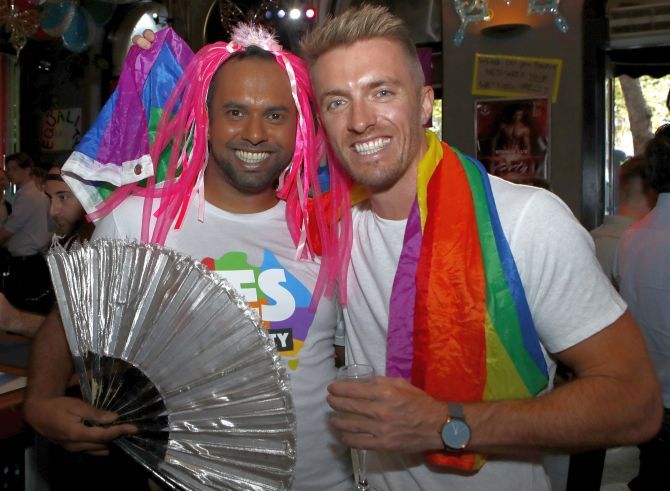 IMAGE: Same-sex couples will now be able to be legally married in Australia from January 2018.
Photograph: Daniel Munoz/Getty Images

“Today we’ve voted for love, for equality. It’s time for more marriages, more love, more respect. This belongs to us all. This is Australia.”

More than 7.8 million Australians -- about 62 per cent of voters -- gave their support to the reform in a voluntary postal survey. IMAGE: Alice Bennett and her partner Miranda Hill kiss as they gather to celebrate the news of same-sex marriages being allowed in Australia. Photograph: Scott Barbour/Getty Images

The bill, which passed the Senate in late November, will now go to Governor-General Peter Cosgrove for royal assent. It will become law in days.

The first weddings are expected to be held in early January, because couples are required to give 30 days advance notice for nuptials under existing laws. IMAGE: The legislation was passed after Australians voted 'Yes' in the Marriage Law Postal Survey for the law to be changed in November. Photograph: Scott Barbour/Getty Images

In 2017, there are still over 70 countries that consider homosexuality as illegal and don’t recognise same-sex marriages.

In Iran, Sudan, Saudi Arabia and Yemen, homosexuality is still punishable by death, under sharia law. The same applies in parts of Somalia and northern Nigeria. In two other countries -- Syria and Iraq -- the death penalty is carried out by non-state actors, including Islamic State.

In India, Section 377 of the Indian Penal Code makes sex with persons of the same gender punishable by law. 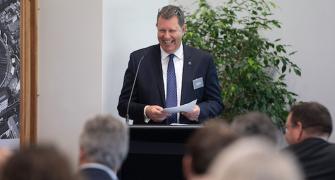 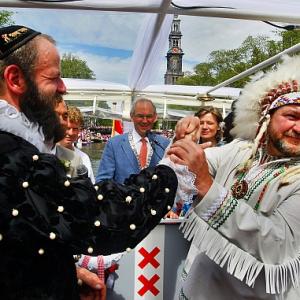 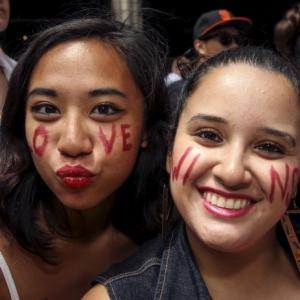