The Indian Army has claimed its mountaineering expedition team in the higher Himalayas had found "mysterious footprints" in the snow that they believe belong to the Yeti or the abominable snowman, triggering a barrage of reactions. 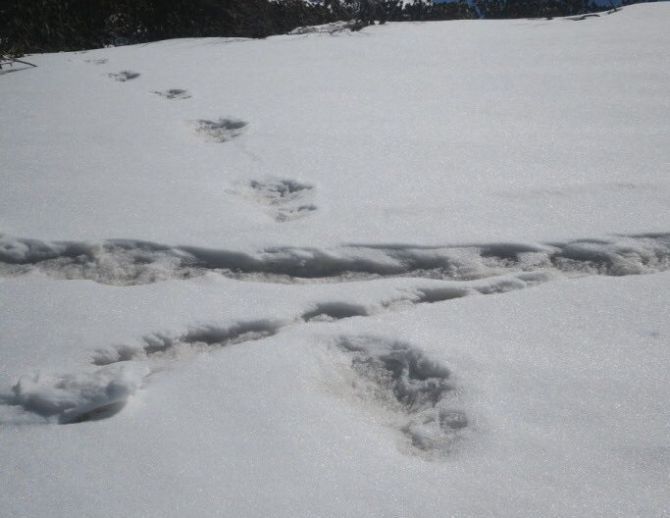 Sources said on Tuesday that the Indian Army will send to domain experts the pictures and videos of the "large" footprints captured close to the Makalu Base Camp in Nepal earlier this month.

On Monday night, the army tweeted, "For the first time, an #IndianArmy Mountaineering Expedition Team has sited (sic) Mysterious Footprints of mythical beast 'Yeti' measuring 32x15 inches close to Makalu Base Camp on 09 April 2019. This elusive snowman has only been sighted at Makalu-Barun National Park in the past."

The army also released photos along with the tweet showing large footprints in the snow which they claim belong to the creature. In Nepali folklore, Yeti is a mythical ape-like creature taller than an average human that is said to inhabit the Himalayas, Siberia, Central and East Asia.

An army team of 18 personnel led by Major Manoj Joshi embarked on an expedition to Mount Makalu in Nepal on April 2. On April 9, the team spotted "mysterious footprints" measuring 32 x 15 inches to close to the Makalu base camp, the sources said.

The picture was retweeted 7,700 times and received over 17,000 likes until Tuesday evening.

The sources said the pictures were sent by the team using satellite communication. "We will share the photos and videos with domain experts to understand more about this," a source said.

The sources did not elaborate on which domain experts they will approach.

The team is expected to be back in India next month. The pictures posted by the army received a barrage of reaction on Twitter -- some were overwhelmed while some had a field day mocking the Army.

Makalu is the fifth highest mountain in the world at 8,485 m. It is located in the Mahalangur Himalayas, some 19 km southeast of Mount Everest, on the border between Nepal and Tibet, China. Stories of the Yeti first emerged as a facet of Western popular culture in the 19th century.

Given the lack of evidence of its existence, the scientific community has generally regarded the Yeti as a legend. In one genetic study, researchers matched DNA from hair samples found in the Himalaya with a prehistoric bear from the Pleistocene epoch.

Though the hunt for the mythical beast stretches back centuries, tales of a wild hairy beast roaming the Himalayas captured the imagination of climbers in Nepal in the 1920s, prompting many, including Sir Edmund Hillary, to go looking for the creature. 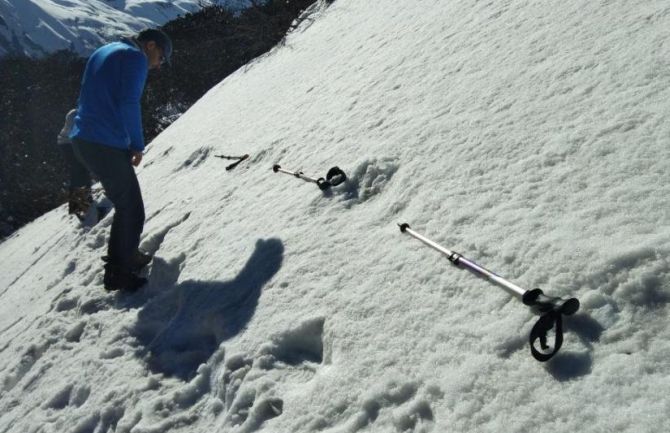 According to a clip on the subject on the National Geographic's YouTube channel, in November 1951, British explorer Eric Shipton and Michael Ward spotted footprints, 12 inches long and five inches wide, near glacier near the Mount Everest Base Camp. The clip posted in November 2013 has over 1.5 million views.

Their picture created furore that led to West's interest in 'Yeti'.

A 2017 DNA study of purported Yeti samples from museums and private collections provided insight into the origins of this Himalayan legend.

The research, published in the journal Proceedings of the Royal Society B, analysed nine "Yeti" specimens, including bone, tooth, skin, hair and faecal samples collected in the Himalayas and Tibetan Plateau.

Of those, one turned out to be from a dog. The other eight were from Asian bears -- one from an Asian black bear, one from a Himalayan brown bear, and the other six from Tibetan brown bears.

"Our findings strongly suggest that the biological underpinnings of the Yeti legend can be found in local bears, and our study demonstrates that genetics should be able to unravel other, similar mysteries," said lead scientist of that study, Charlotte Lindqvist, an associate professor at the University at Buffalo College of Arts and Sciences.

Lindqvist's team was not the first to research the "Yeti" DNA, but past projects ran simpler genetic analyses, which left important questions unresolved.

"This study represents the most rigorous analysis to date of samples suspected to derive from anomalous or mythical 'hominid'-like creatures," Lindqvist and her co-authors wrote in their paper. Former Bharatiya Janata Party MP Tarun Vijay urged the army not to call Yeti a "beast" but a "snowman".

"Congratulations, we are always proud of you. salutes to the #IndianArmy Moutaineering Expedition Team. But please, you are Indian, dont call Yeti as beast. Show respect for them. If you say he is a 'snowman'," he said. 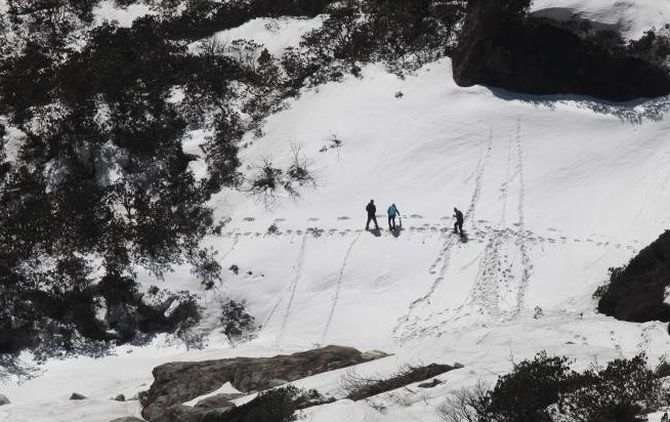 One Twitter user came up with her own hypothesis. She said Yeti could be 'Ashwathama', a character from Mahabharat who was cursed to remain alive forever by Lord Krishna.

"Foot-print suggests that this Yeti is one-legged. Looks like he lost his other leg in Balakote air strike!" tweeted Shah Faesal, the former IAS officer from Kashmir who launched his political party last month.

"What the hell is wrong with you guys? Just look at those pics for heaven's sake. That's not a bipedal. Couldn't you guys call a single animal expert before posting this? Unless you are claiming your yeti walks on a single foot and travels by jumping," another tweet user posted.

Photographs: ANI; Kind courtesy @adgpi/Twitter
© Copyright 2021 PTI. All rights reserved. Republication or redistribution of PTI content, including by framing or similar means, is expressly prohibited without the prior written consent.