Army Chief General M M Naravane on Thursday arrived in Srinagar on a two-day visit and took "a firsthand assessment" of the situation along the Line of Control in North Kashmir, a defence spokesperson said. 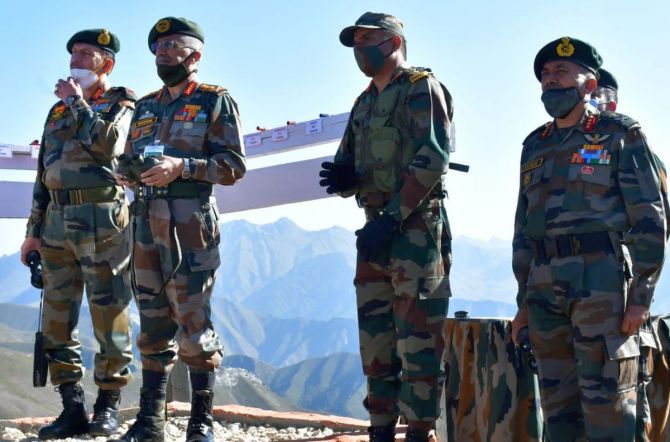 During his interaction with soldiers deployed in the high altitude areas, he appreciated their high morale and complimented them on their response to Pakistan's ceasefire violations, Col Rajesh Kalia, spokesperson of the prestigious XV corps, said in a statement.

The Army Chief also commended the use of technology to ensure effective day and night surveillance across the LoC which has resulted in many successful operations to foil infiltration bids in the recent past.

Gen Naravane reinforced the need to extend all possible support to the civilians residing in the border areas who are victims of targeted ceasefire violations by Pakistan Army and are facing hardships due to the pandemic. 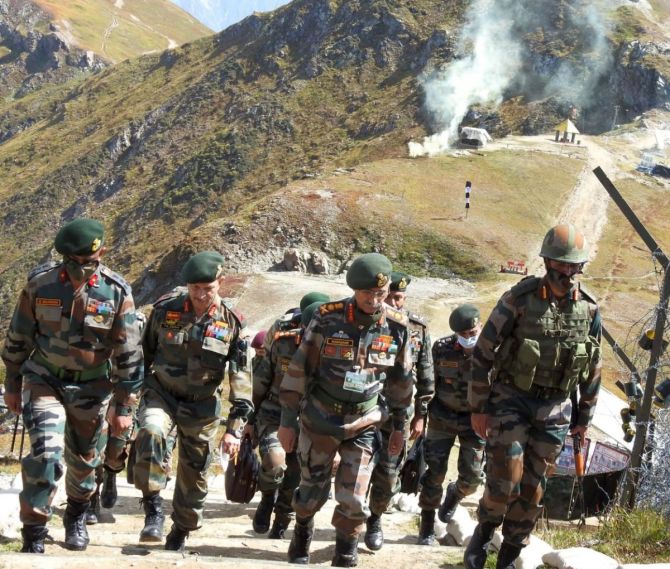 He later proceeded to interact with commanders and troops deployed in the hinterland, the spokesperson said.

While interacting with jawans, the General highlighted that it was "the dawn of a new era of development, peace and prosperity in Kashmir" and applauded them for their high level of morale and contribution to peace building in Jammu and Kashmir.

He appreciated the high level of coordination amongst all government agencies towards maintaining peace in the Valley and efforts to reach out to the people to overcome the challenges due to the COVID-19 pandemic. 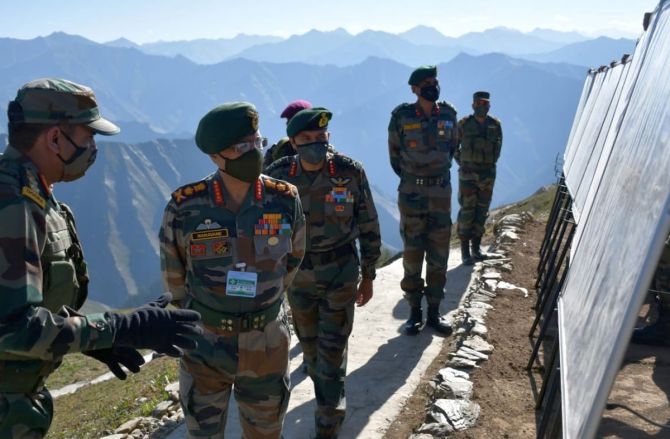 Later in the day, he reviewed the overall security situation along with the Northern Army Commander and Chinar Corps Commander, Col Kalia said.

The Army chief called on Lt Governor of JK Manoj Sinha and discussed issues concerning the present security situation in the Union Territory. He assured the wholehearted support of the Army in ushering in peace and stability in the region, the statement said.

Gen Narvane is scheduled to return to New Delhi on Friday.