The national capital on Friday witnessed a wave of fresh protests with a car being set on fire during one of the several demonstrations by people in their thousands who took to the streets shouting anti-government slogans over the contentious citizenship law. 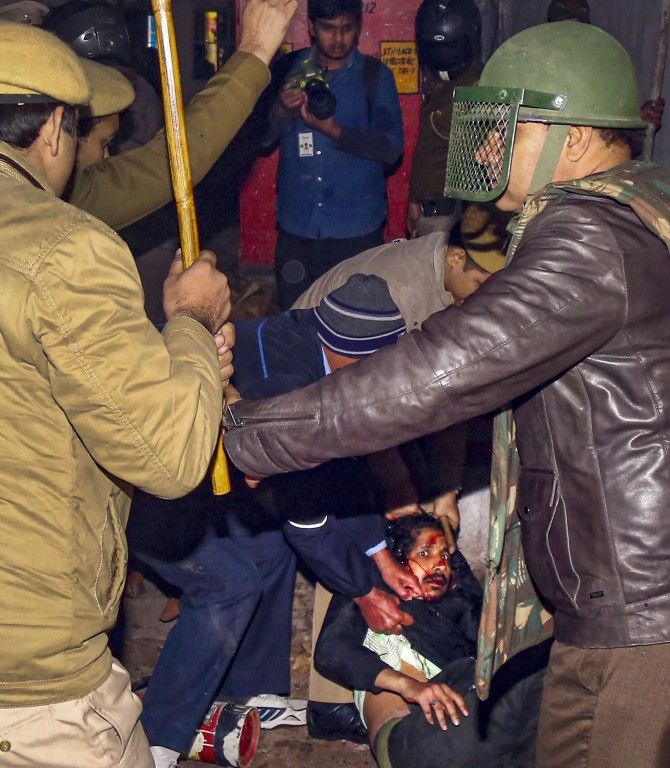 The epicentre of the protest was the locality around the Jama Masjid where large number of people held a massive protest after the Friday prayers at the mosque defying prohibitory orders and police clampdown.

Bhim Army chief Chandrashekhar Azad, holding up a copy of the Constitution, was leading the protesters in a march from Jama Masjid area to Jantar Mantar but they were stopped at the Delhi Gate locality where large number of barricades were erected.

Congress general secretary Priyanka Gandhi Vadra, accompanied by her daughter Miraya, joined protesters at the India Gate lawns in the evening. This is the second time the Congress leader protested at the India Gate this week against the new law. 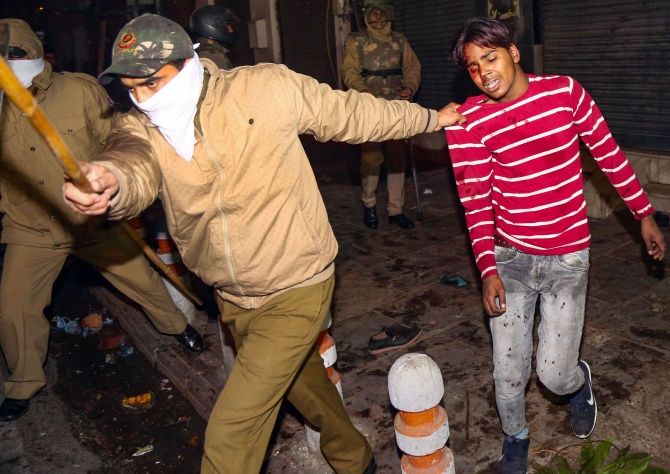 Violence broke out in the Delhi Gate area when a group of demonstrators resorted to stone-pelting after police tried to forcefully evict them. In the melee, one car was set on fire and several others were damaged.

Delhi Police said one of its joint commissioners and several other personnel sustained injuries in the stone-pelting. "We have detained a number of people. Some outsiders have incited violence in the area," Delhi Police spokesperson M S Randhawa told reporters.

Police resorted to lathi-charge to disperse the crowds and bring the situation under control. 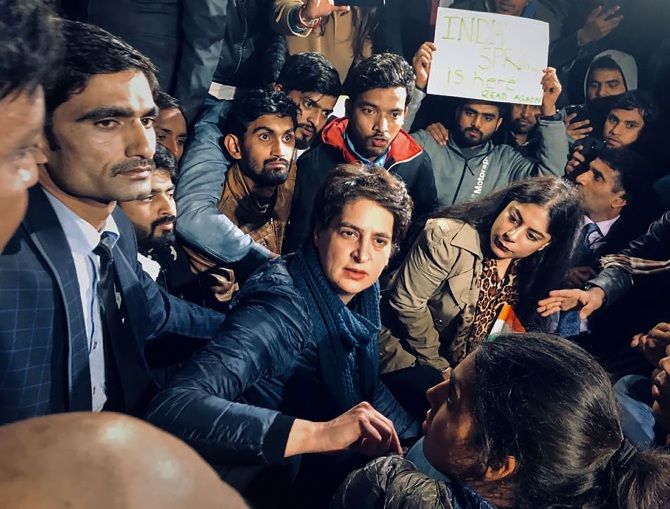 The road leading to Jama Masjid was littered with footwear and stones as police chased away the protesters from the area.

Hours before the violence broke out, an announcement was made from a nearby mosque in Delhi Gate urging people to maintain peace and go back home as they have already expressed their anguish over the new law.

Protests against the Citizenship Amendment Act were also witnessed in several other areas in the national capital including in Jamia Millia Islamiya, Seemapuri, Jantar Mantar, India Gate and northeast Delhi's Seelampur, the site of large scale violence by protesters on Tuesday. 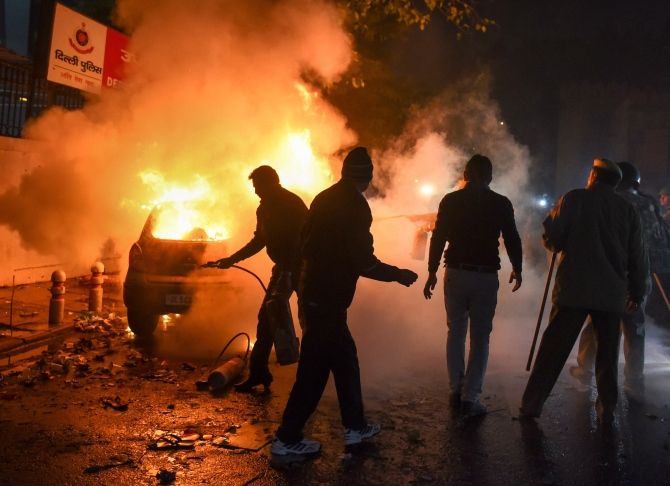 A group of youths held a "shirt-less" protest in Daryaganj shouting slogans demanding scrapping of the new law. Scores of protesters also raised slogans against the proposed National Register of Citizens.

Incidents of stone-pelting by a group of protesters were reported from Seemapuri area where an additional deputy commissioner of police sustained minor injuries, police said.

In view of the protests and prohibitory orders, large parts of the city witnessed massive traffic jams for the second consecutive day on Friday. 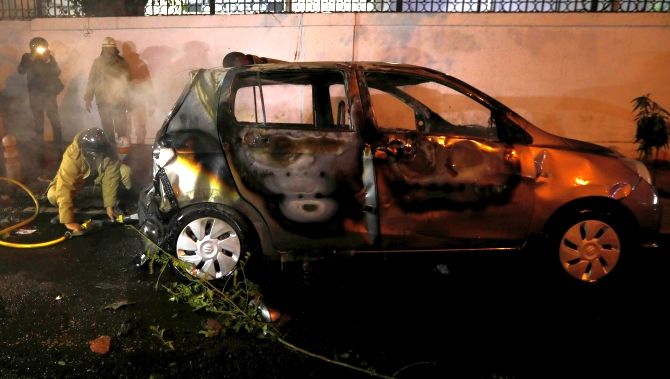 IMAGE: Firefighters douse a car after demonstrators set it on fire during a protest against a new citizenship law in Delhi. Photograph: Adnan Abidi/Reuters

The city was rocked by massive protest on Thursday too with thousands of students, activists and opposition leaders hitting the streets against the citizenship law.

At least 18 metro stations including Rajiv Chowk, Chawri Bazar, Lal Quila, Jama Masjid and Delhi Gate were closed to stop movement of protesters in the area. Police deployed drones to keep a vigil on the gathering.

Prohibitory orders were imposed in 12 police station areas of Northeast Delhi, officials said, adding police used
drones to keep a tab on the law and order situation in the district. 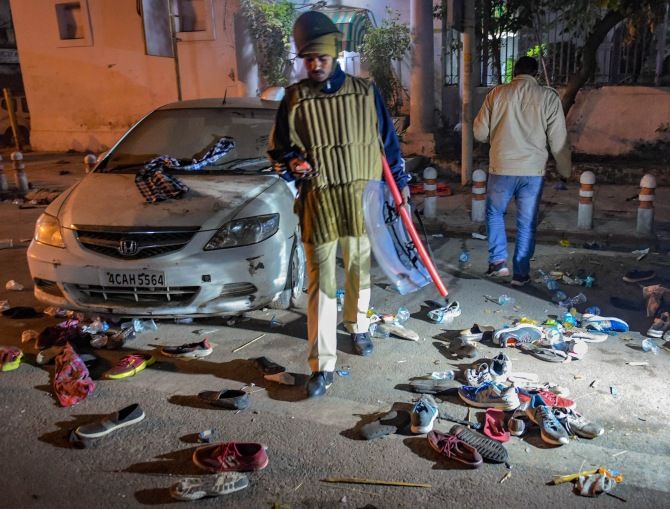 IMAGE: Footwear of protesters lie on the ground during a rally against the Citizenship Amendment Act at Daryanganj in New Delhi. Photograph: Vijay Verma/PTI Photo

In the morning, police carried out flag march in Seelampur area in the wake of intelligence inputs about the security situation.

Delhi Mahila Congress chief and former president Pranab Mukherjee's daughter Sharmistha and some other members of the outfit were detained near Home Minister Amit Shah's residence during a protest against the new legislation. 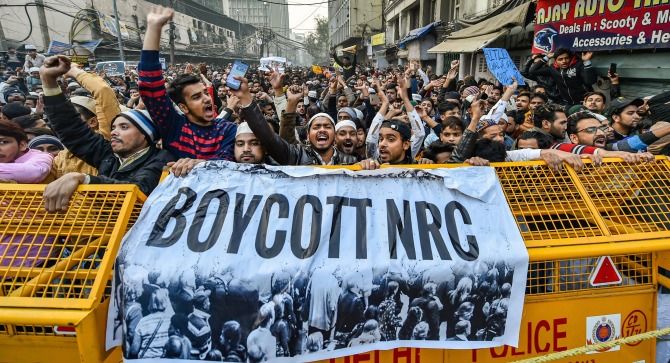 A protest in support of CAA was held in the central park of Connaught Place where people raised slogans in support of the Modi government and Delhi Police.

"In a democracy people have the right to raise their voice against wrong decisions and policies of the government and register their concerns. BJP government has shown utter disregard for people's voices and chosen to use brute force to suppress dissent," she said in a televised message. 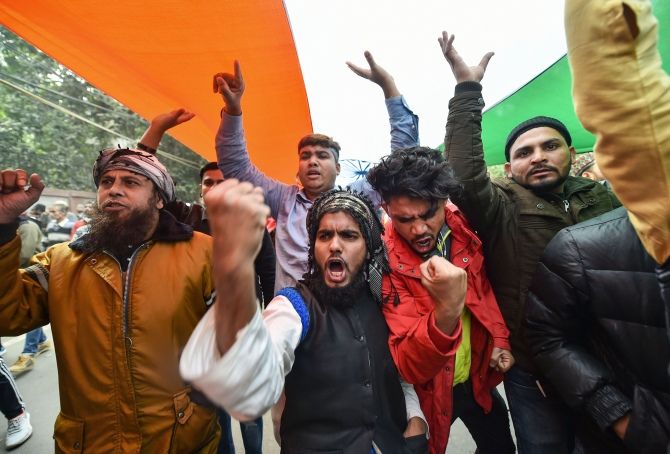 As the centre came under severe attack on the CAA and NRC, Minority Affairs Minister Mukhtar Abbas Naqvi announced a campaign to inform the common man, religious representatives, educational institutes and social organisations on the twin issues. 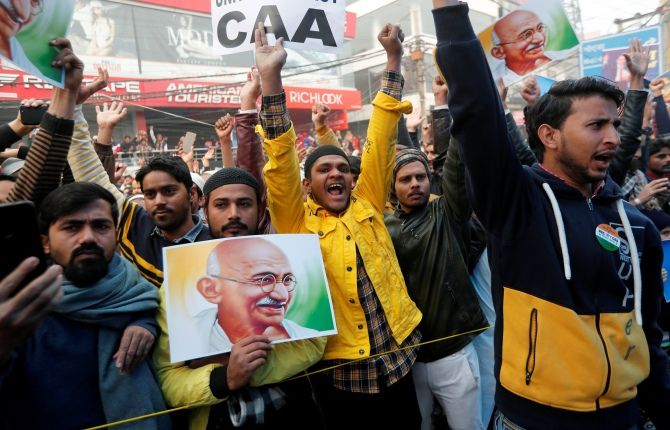 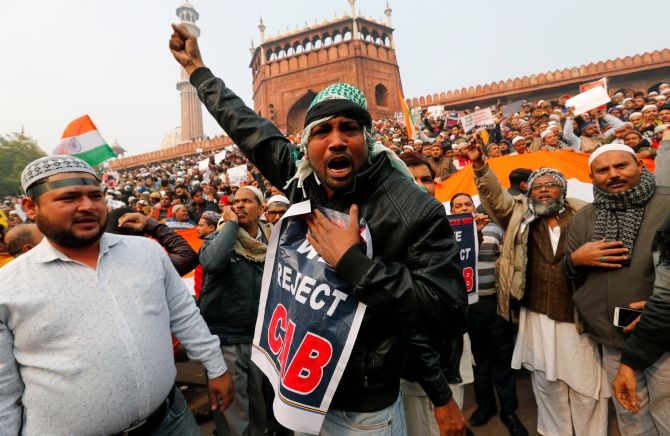 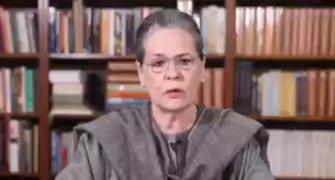 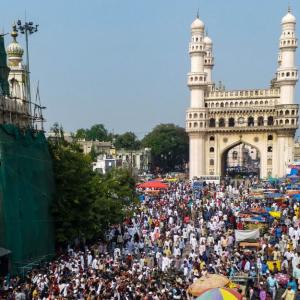