Train services were affected and roads blocked in Bihar on Saturday during a bandh called by the Rashtriya Janata Dal against the new citizenship law while West Bengal, Assam and Meghalaya were peaceful. 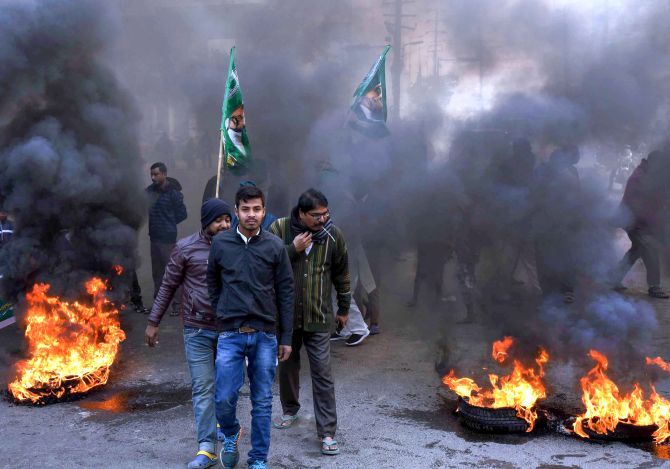 IMAGE:  Rashtriya Janata Dal supporters burn tyre as they block a road during a demonstration against National Register of Citizen and Citizenship Amendment Act in Patna. Photograph: PTI Photo

In Patna, hundreds of RJD supporters stormed railway stations and bus stands carrying sticks and party flags in support of the Bihar bandh, but they were chased away by police personnel.

Bandh supporters, in Nawada, staged a demonstration on national highway 31 where they burnt tires on the road causing disruption in the movement of vehicles while agitators held a protest at Zero Mile Chowk in Muzaffarpur.

Additional Director General of Police (Headquarters) Jitendra Kumar said, "Adequate forces have been deployed in all districts of Bihar and officials concerned were asked to deal sternly with anyone trying to foment trouble." 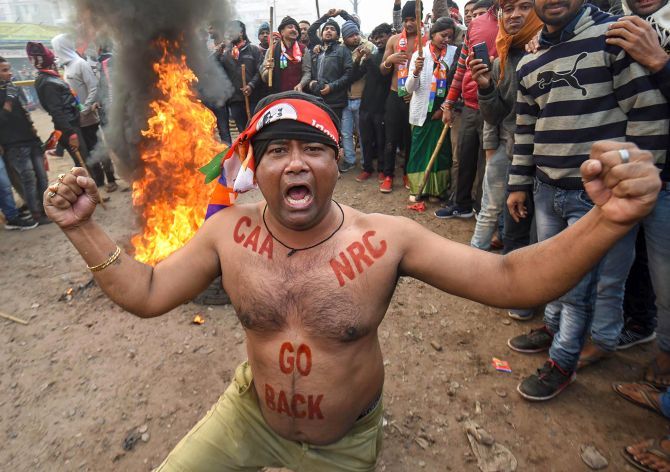 The Bihar bandh called by the main opposition party in the state comes barely two days after a statewide shutdown was organised by the Left parties.

Meanwhile, the situation in Assam and West Bengal was normal while mobile internet services were restored in Meghalaya, officials said.

The ban on mobile internet and mass messaging services, imposed on December 12 in the northeastern state, was lifted at 7 pm on Friday due to improvement in law and order situation, a senior home department official said.

The curfew imposed in Sadar and Lumdiengjri police station limits in Shillong was relaxed for 16 hours from 5 am on Saturday and no untoward incident was reported in these areas in the past 24 hours, East Khasi Hills District Magistrate M W Nongbri said. 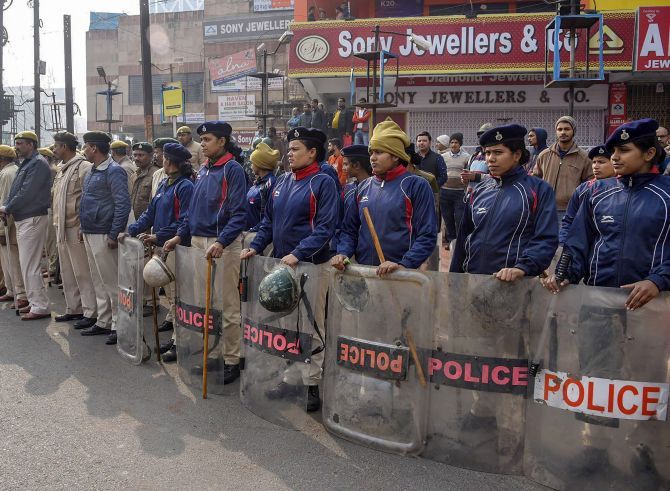 In Assam, protesters took out peaceful rallies against the amended Citizenship Act in various on Saturday police said.

The curfew imposed in Dibrugarh following violent protests against the Act was relaxed for 16 hours since 6 am on Saturday as the law and order situation improved, they said.

The All Assam Students' Union, which is spearheading the agitation against the Citizenship Amendment Act, has planned a sit-in during the day in Guwahati.

Mobile internet services in the state were restored on Friday in Assam after nine days of its suspension while broadband services had resumed on December 18. 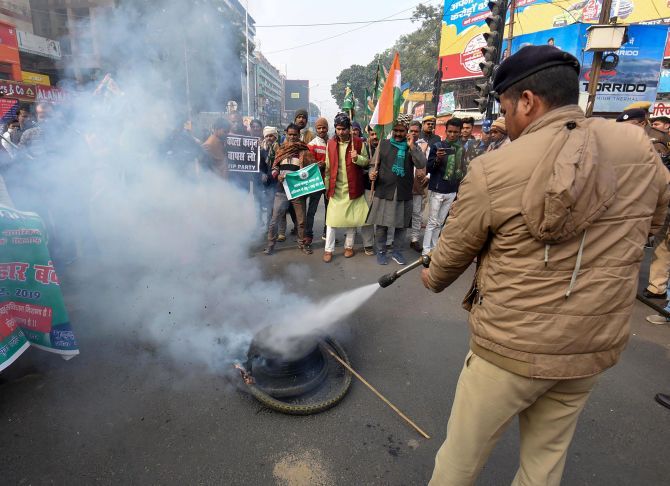 IMAGE: A Police personnel attempts to douse a burning tyre during a demonstration. Photograph: PTI Photo

According to sources, the West Bengal police have stepped up vigil and beefed up security arrangements in various parts of the state in order to prevent any untoward incident.

The state BJP is scheduled to conduct rallies and marches in Kolkata and several districts in support of the Citizenship (Amendment) Act, 2019.

West Bengal had witnessed violence and arson from December 13 to 17 during protests against the new citizenship law.

More than 600 people have been arrested so far for their alleged involvement in arson and violence in the state, police said. 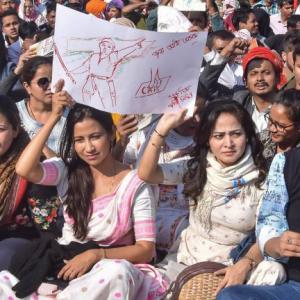