India's COVID-19 death toll crossed the 5,000-mark on Saturday and the case count reached 1.76 lakh after a record spike in numbers of new cases and fatalities, while the government said a phased exit would begin on June 1 from the over-two-months-long nationwide lockdown. 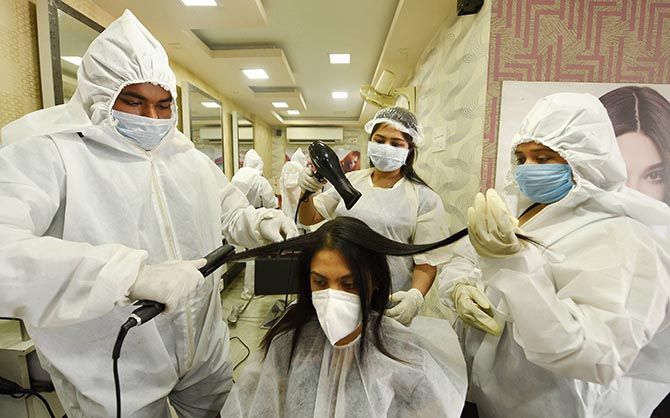 IMAGE: Beauticians wearing PPE kits attend a customer at a parlour that was opened during the fourth phase of COVID-19 lockdown in Kolkata. Photograph: Ashok Bhaumik/PTI Photo

The Union health ministry said all precautions must be taken while 'living with the new normal' of COVID-19, as it stressed on strict adherence to physical distancing and use of face covers at public places by everyone while also following personal and social hygiene standards.

'The management of COVID-19 is only possible when all the due care is taken by everyone without being complacent about the situation and by not taking the relaxations during the lockdown situation for granted,' it added.

Announcing the new guidelines, the Union home ministry said a complete lockdown would continue till June 30 in areas identified as COVID-19 containment zones across the country, but restrictions would be lifted in a phased manner at other places after the ongoing fourth phase of the lockdown ends this Sunday.

States and union territories will be allowed to impose additional curbs as per the ground situation about the pandemic, which has had a huge economic cost as well mainly due to the lockdown bringing most business activities to a standstill.

Some states said they would extend the lockdown by 2-4 weeks to save the lives of the people, but also announced some relaxations to revive the economy.

Punjab Chief Minister Amarinder Singh announced a four-week extension of the coronavirus lockdown in the state till June 30, saying the threat of COVID-19 was not over yet and he would continue with tough measures, if necessary, to save lives of the people.

Singh, however, said his government will take into account the Centre's guidelines on the lockdown. 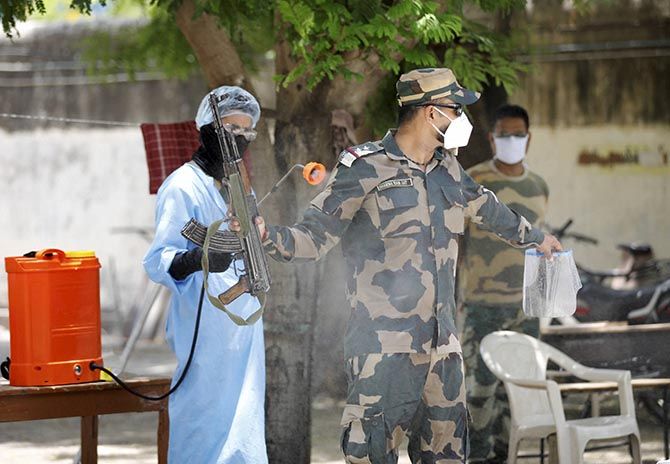 In Madhya Pradesh, Chief Minister Shivraj Singh Chouhan said the lockdown in the state to contain coronavirus will be extended till June 15.

The West Bengal government extended the lockdown by two more weeks till June 15, but also announced some conditional relaxations June 1 onwards, including for allowing TV and cinema production activities.

In Mizoram also, the lockdown will continue for two more weeks to curtail the coronavirus spread, the state's health minister R Lalthangliana said.

Though Mizoram has no single active case as of now after its lone COVID-19 patient was discharged from hospital on May 9, the government wants to extend the lockdown to prevent the virus spread as cases are increasing in neighbouring states and stranded migrants are still returning to the state, he said.

The Union home ministry said a night curfew will be in place from 9 pm to 5 am, except for essential services, and everyone will have to follow social distancing and hygiene-related guidelines including on wearing of face covers.

There would be no restriction on movement of people and goods within or between states from June 1 itself, while places of worship, hotels, restaurants and shopping malls will be allowed to open from June 8.

Schools, colleges and other educational institutions would be opened in the next phase after consultation with state and other local authorities as well as parents and other stakeholders.

A decision on reopening these institutions would be taken in July.

The exit plan came on a day when the country saw the nationwide tally of confirmed COVID-19 cases as well as the death toll rising by record numbers.

In its morning update, the Union health ministry said the number of confirmed cases has risen to 1,73,763, after 7,964 new cases were detected in the 24 hours since Friday 8 am, while 265 more deaths were reported in the same period to take the toll to 4,971. 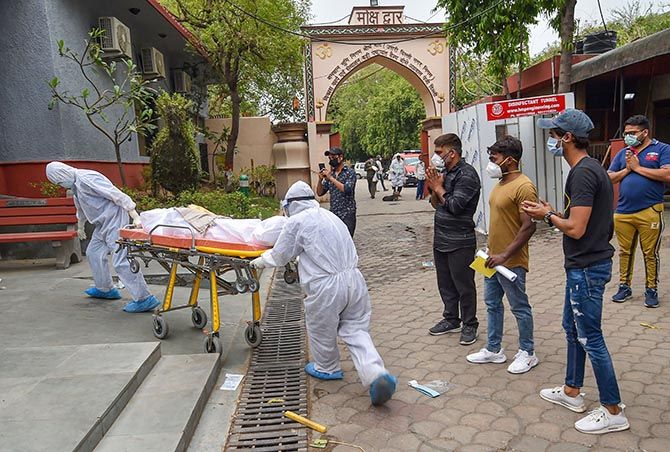 However, the recovery rate also improved further to over 47 per cent with more than 82,000 COVID-19 patients having been cured and discharged, leaving nearly 86,000 active cases across the country, the ministry said.

However, a PTI tally of figures announced by different states and union territories, as of 9.25 pm, showed a higher number of 1,76,792 confirmed cases and at least 5,100 deaths.

India is the ninth worst-hit nation by the COVID-19 pandemic. Globally, close to 60 lakh people have tested positive for the dreaded virus infection ever since it was first reported in China last December, while more than 3.65 lakh have lost their lives.

The United States is the worst hit country with close to 17.5 lakh cases and over 1.02 lakh fatalities.

However, India figures among the top five countries in terms of active cases, with the four worst affected being the US, Brazil, Russia and France.

More than 36 lakh people have been tested so far in the country.

The national capital saw a record single-day spike of 1,163 fresh cases, taking its tally to over 18,000. Its death toll rose to 416, health authorities said.

Delhi Chief Minister Arvind Kejriwal, however, reassured the people that his government is several steps ahead of the novel coronavirus and is more than prepared to deal with it. He also said there cannot be a permanent lockdown and focus needs to be on minimising the number of deaths even if cases rise.

Gujarat reported 412 new cases, taking its tally to 16,356, while the state's death toll crossed the 1,000-mark after 27 patients succumbed to the pandemic.

In West Bengal, the number of confirmed cases climbed to 5,130 after 317 more people tested positive, while its death toll rose to 237.

Tamil Nadu witnessed its biggest one-day spike of 938 new cases, taking its tally to 21,184, while four men and two women died pushing the death toll to 160.

While a nationwide lockdown has been in place since March 25, the number of cases have increased sharply this month and many states have attributed the rise to arrival of people from other states in special trains and buses for ferrying migrants and from abroad in special flights being run to bring back stranded Indians and expatriates in different countries.

The tally had crossed the one-lakh mark on May 18, also the day when the fourth phase of the lockdown began with several relaxations.

The Union health ministry, however, said the doubling time of coronavirus cases in India has improved to 15.4 days from 13.3 days in the past three days. It also said that more than 11,000 patients were cured in 24 hours till Saturday 8 AM, the highest for a day.

The ministry further said testing capacity has increased in the country through 462 government laboratories and 200 private laboratories.

In a survey conducted by LocalCircles, a community social media platform, around 57 per cent respondents expressed concern about exorbitant charges for COVID-19 treatment at private hospitals, while 46 per cent feared contracting a secondary infection in a government facility.