Nation is proud of your son, Shah tells family of slain J-K cop

Union Home Minister Amit Shah Thursday visited the residence of Jammu and Kashmir Police officer Arshad Ahmed Khan, who succumbed to injuries during a terror attack on June 12 in Anantnag district, and assured his family that the government will look after them. 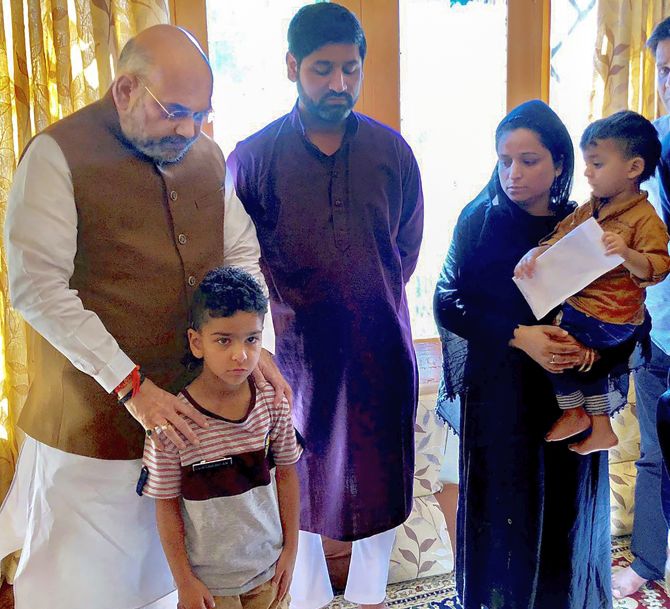 The home minister came and offered his condolence, and assured that the government will look after the family of the brave son of the country, a kin of Arshad Khan, who was present at the meeting, said.

The Union home minister also handed over an appointment letter to his wife for a job in the state government, an official spokesperson said.

On his official Twitter handle, Shah said Khan's "sacrifice for the security of our nation has saved many lives. The entire nation is proud of Arshad Khan's valour and courage". 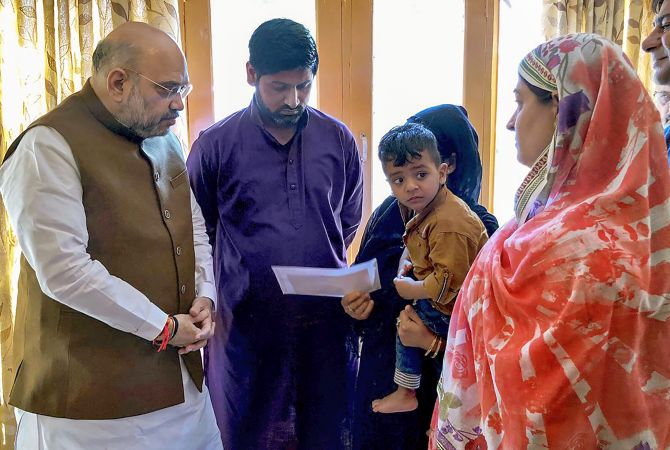 Khan, 37, was injured in the terror attack on June 12 and later flown to Delhi in an air ambulance for a specialised treatment. However, he succumbed to injuries at the All India Institute of Medical Sciences on June 16.

Five Central Reserve Police Force personnel were killed in the terror attack in which a lone Jaish-e-Mohammed  terrorist targeted a patrol team of the paramilitary force.

Khan, the Saddar Station House Officer in Anantnag, reached the site soon after.

The moment he stepped out of his official bulletproof vehicle, along with his service rifle, a barrage of bullets were fired by the terrorist. One bullet ricocheted from the butt of his service rifle and hit his liver and duodenum, officials had said. 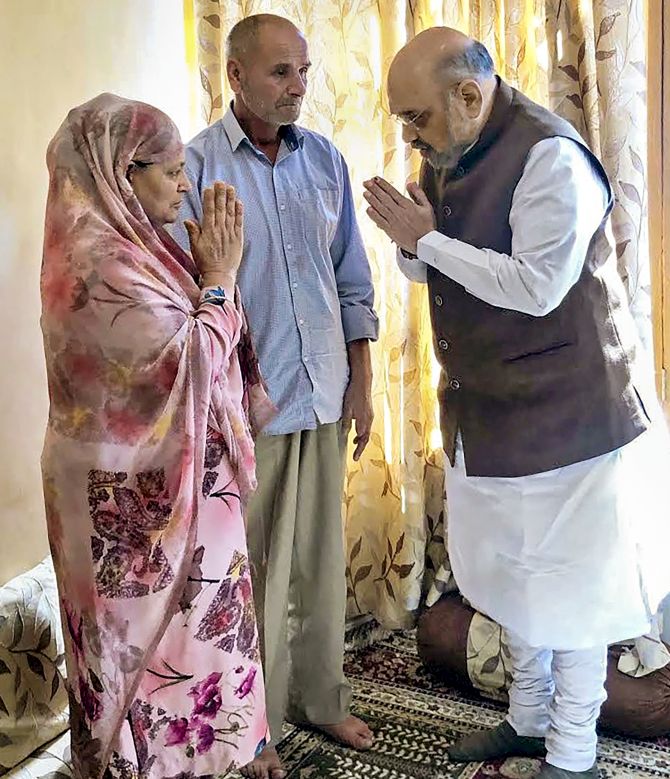 Even in that condition, the officer kept firing bullets at the terrorist before he collapsed, they had said.

Khan was appointed sub-inspector in the Jammu and Kashmir Police in 2002 and served in various important capacities.

During the 2016 agitation following the death of Burhan Wani, the poster boy of the Hizbul Mujahideen, Khan, who was then posted as SHO of Bijbehara, single-handedly cleared the highway and ensured that there was no traffic restriction.

Khan, whose ancestors are from Peshawar in Pakistan, never succumbed to political pressure and was shifted from Bijbehara prematurely after he had rounded up many so-called activists of a political party. 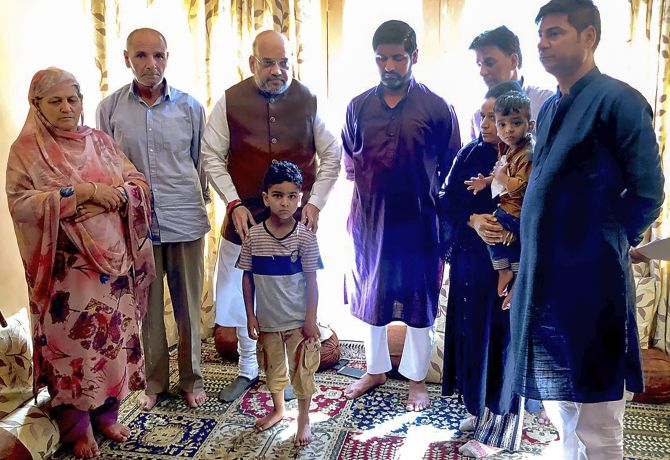 Shah arrived on Wednesday on his maiden visit to the state after taking over the charge of the home ministry, signifying the importance given to Jammu and Kashmir by Prime Minister Narendra Modi's government.

This was Shah's first official visit outside the Union capital after assuming charge.

The home minister on Wednesday reviewed the security arrangements for Amarnath yatra, which commences on 1 July.

He had also reviewed the developmental works including the Rs 80,000 crore Prime Minister's Development Package announced by Narendra Modi for the state in 2015.