Bharatiya Janata Party president Amit Shah on Saturday took charge as the Union Home Minister, two days after he was sworn-in following a landslide victory of the saffron party-led NDA.

Rajnath Singh, who was the Home Minister in the previous cabinet, also took charge as the Defence Minister. 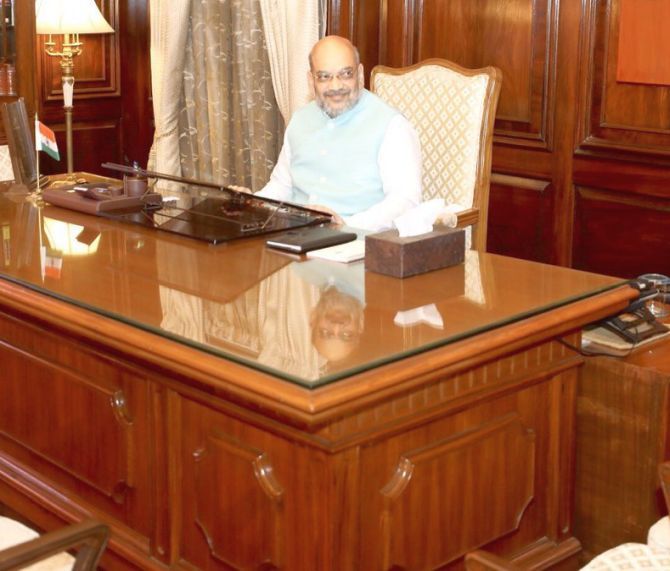 Shah held a meeting with senior officials to familiarise himself with the issues concerning the ministry.

During the meeting, senior officials gave a detailed presentation of the functioning of the Home Ministry and the key issues it is handling now, a ministry official said.

"Country's security and people's welfare are Modi government's priorities. Under the leadership of Modi ji, I will try my best to fulfil these priorities," Shah tweeted in Hindi after assuming the charge.

Shah also thanked Prime Minister Narendra Modi for giving him the responsibility of the Home Ministry.

"Today, I have taken the charge as India's Home Minister. I am thankful to Prime Minister Narendra Modi for reposing faith in me," he said. 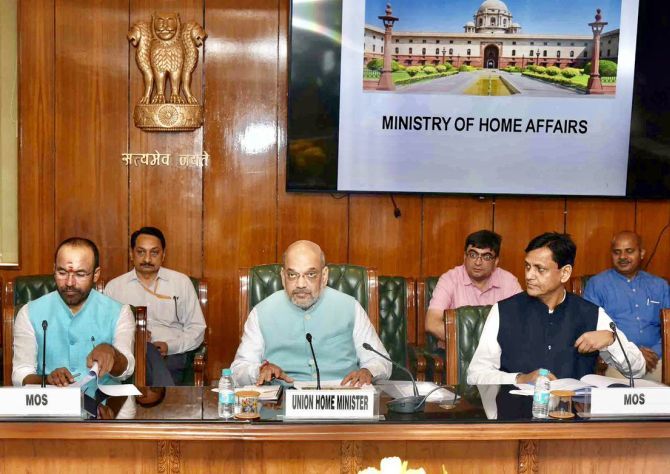 Earlier Saturday, Shah was given a warm welcome at the North Block office of the Home Ministry by Union Home Secretary Rajiv Gauba, Intelligence Bureau chief Rajiv Jain and other senior officials.

Shah took charge two days after he was sworn-in following a landslide victory of the BJP-led NDA.

Another Home Ministry official said Shah is expected to prioritise the NDA government's policy of zero tolerance towards terrorism and checking illegal immigration.

The new home minister's immediate task would be handling the situation in Jammu and Kashmir, which is under the President's rule, and the situation that may arise after the publication of the final National Register of Citizens in Assam. 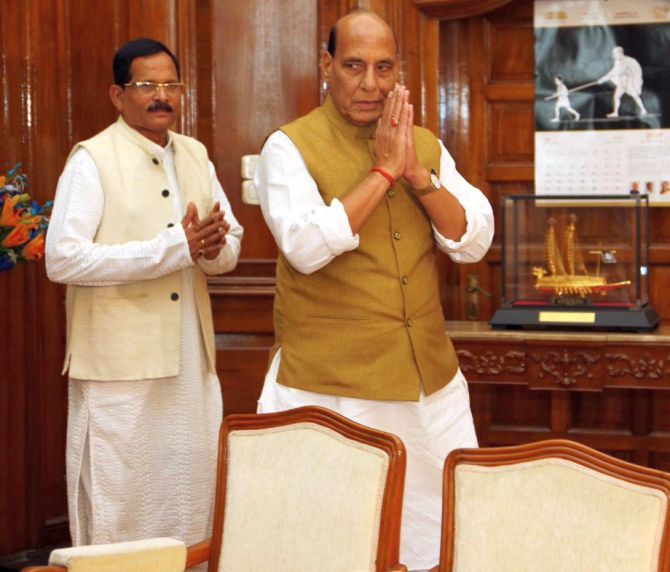 Soon after taking charge as Defence Minister, Rajnath asked the chiefs of the Army, Navy and the Air Force to prepare separate presentations on the challenges and overall functioning of their respective forces.

Singh held a meeting with Army chief Gen Bipin Rawat, Chief of Air Staff Air Chief Marshal B S Dhanoa and newly-appointed Navy chief Karambir Singh at the headquarters of the defence ministry at the Raisina Hills during which he was apprised about the security scenario, officials said.

Minister of State for Defence Shripad Naik, Defence Secretary Sanjay Mitra and several top officials of the ministry were also present at the meeting.

Officials said separate wings of the ministry were also told to prepare presentations which will be reviewed at a meeting soon.

Singh, who was the Home Minister in the previous government, was accorded a grand welcome by the three services chiefs and senior officials when he arrived at the defence ministry around noon.

A defence ministry spokesperson said Singh urged all those who greeted him to give their best and work towards achieving the "targets". 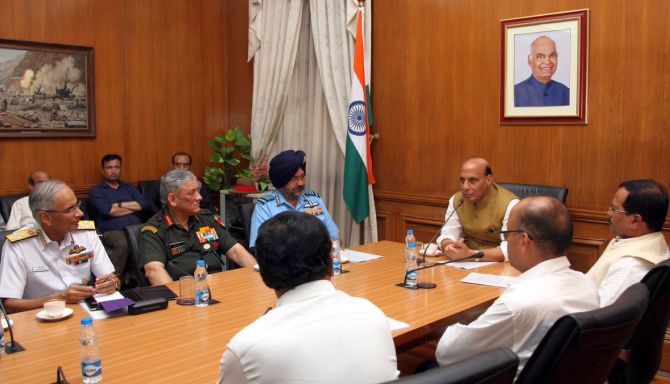 Earlier in the day, Singh visited the national war memorial and paid tributes to the fallen heroes.

As defence minister, Singh's most crucial challenge will be to speed up the long-delayed modernisation of the three services besides ensuring overall coherence in their combat readiness.

As he took charge of the ministry just three months after India carried out air strikes on a terrorist training camp in Pakistan's Balakot, it is expected that he will continue with the policy of hot pursuit in dealing with cross border terrorism.

As the Defence Minister, Singh will face the challenge of strengthening the combat capabilities of the Army, Navy and the Air Force due to changing regional security matrix and geo-political dynamics. 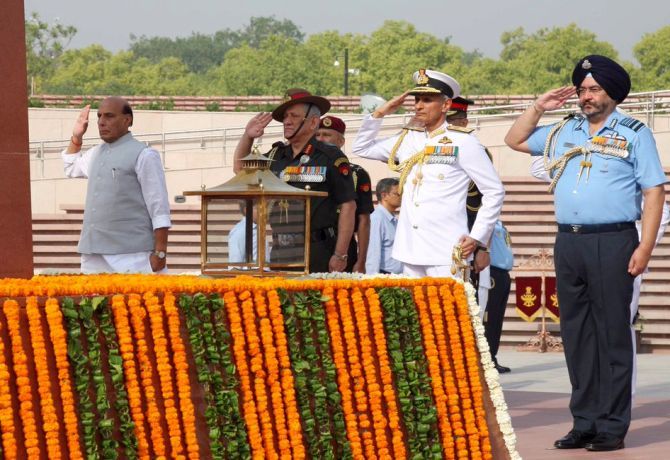 The government has been focusing on domestic defence production and Singh will have to carry forward a number of big-ticket reform initiatives, including implementing the ambitious "strategic partnership" model.

He will also have to oversee implementation of major reforms in the 12-lakh strong Army. The Army has already finalised a blueprint for its reform including right-sizing of the force.