Union home minister Amit Shah on Thursday visited a hospital in New Delhi to enquire about the health of policemen injured in the violence that broke out during the farmers' tractor parade in the national capital on Republic Day, officials said. 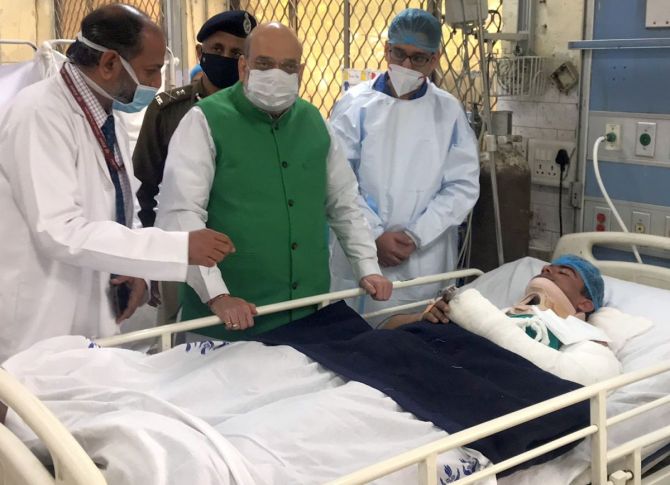 Nearly 400 policemen were injured during the tractor parade of the farmers who have been protesting against three central farm laws at Delhi's borders since November.

"Meeting the injured Delhi Police personnel. We are proud of their courage and bravery," Shah tweeted. 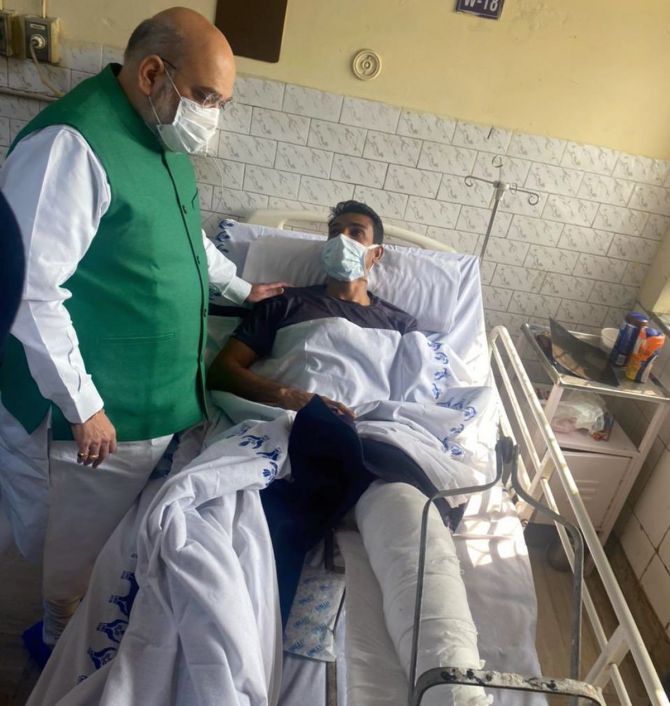 As per the plans, the home minister is visiting two hospitals -- Shushrut Trauma Centre and Teerath Ram Hospital -- where some of the policemen were admitted for treatment.

Both the hospitals are located in Civil Lines area in the city.

The Delhi Police on Wednesday had alleged that farmer leaders made inflammatory speeches and were involved in the violence during the tractor parade by agitating farmers that left 394 of its personnel injured, as it warned that no culprit will be spared.