United States President Joe Biden in his maiden address to a joint session of Congress said "America is rising anew" as he identified the deadly COVID-19 pandemic and climate change as the two major global challenges. IMAGE: US President Joe Biden addresses a joint session of Congress at the US Capitol in Washington, DC. Photograph: Melina Mara/Pool/Reuters

Biden said that 100 days since he took the oath of office on January 20 and inherited the worst pandemic in a century and the worst economic crisis in a decade, America is on the move again, turning peril into possibility, crisis into opportunity and setback into strength.

"America is rising anew, choosing hope over fear, truth over lies, and light over darkness. After 100 days of rescue and renewal, America is ready for a take-off. We are working again, dreaming again, discovering again and leading the world again. We have shown each other and the world that there is no quit in America," Biden said.

"In my conversations with world leaders -- many I've known for a long time -- the comment I hear most often is: we see that America is back, but for how long?” Biden said in his prime-time address on Wednesday night.

"We have to show not just that we are back, but that we are here to stay. And that we aren't going it alone, we're going to be leading with our allies. No one nation can deal with all the crises of our time alone -- from terrorism to nuclear proliferation to mass migration, cybersecurity, climate change -- and as we're experiencing now, pandemics," he said.

Biden touted the success of his administration's COVID-19 vaccine rollout and urged everyone to get vaccinated against the deadly disease that has claimed over 574,000 lives in the country.

"Go get vaccinated, America. They are available," Biden said. IMAGE: US President Joe Biden elbow bumps with House Speaker Nancy Pelosi of California, after speaking to a joint session of Congress in the House chamber of the US Capitol in Washington. Photograph: Andrew Harnik/Pool/Reuters

Biden also said that the climate crisis is not America's fight alone, but a global one as he asserted that he pushed for the US to meet its international obligations to slow the impact of climate change.

He said that the US accounts for less than 15 per cent of carbon emissions while the rest of the world accounts for 85 per cent. "That's why I kept my commitment to rejoin the Paris Climate Agreement on my first day in office," he said.

While former US president Barack Obama signed the Paris Climate Accord his successor Donald Trump pulled the US out, calling it unfair to American coal miners and the energy industry. Biden has rejoined the landmark accord soon after assuming office in January.

Under the Paris agreement, each country has to set its own emission-reduction targets, known as national determined contributions and the pact's goal was to limit global warming to well below 2 degrees Celsius.

"I kept my commitment to convene a climate summit in America of all the major economies in the world, China, Russia, India, European Union. I started doing it in my first 100 days,” Biden said.

"I wanted the world to see that there is consensus that we are at an inflection point in history. And the consensus is if we act, we can save the planet and we can create millions of jobs and economic growth and opportunity to raise the standard of living for everyone in the world. The investments I've proposed tonight also advance a foreign policy that benefits the middle class,” he added.

That means making sure every nation plays by the same rules in the global economy, including China, Biden said.

"In my discussion with President Xi Jinping, I told him that we welcome the competition and that we are not looking for conflict. But I made absolutely clear that I will defend American interests across the board,” he said. IMAGE: US President Joe Biden greets lawmakers after delivering an address to a joint session of Congress in the House chamber of the US Capitol in Washington. Photograph: Doug Mills/Pool/Reuters

Biden said that America will stand up to "unfair" trade practices that undercut American workers and industries, like subsidies for state-owned enterprises and the theft of American technologies and intellectual property.

"I also told President Xi that we will maintain a strong military presence in the Indo-Pacific just as we do with NATO in Europe, not to start conflict, but to prevent conflict," he said.

Biden also said that he told Xi what he has said to many world leaders - that America won't back away from its commitment to human rights and fundamental freedoms.

“No responsible American president can remain silent when basic human rights are violated. A president has to represent the essence of our country,” he added.

US President Biden said that it is time to grow the economy from the bottom and the middle, asserting that America is in a competition with China and other countries to win the 21st century.

He quoted the International Monetary Fund as saying that the US economy will grow at the rate of more than 6 per cent this year. "That will be the fastest pace of economic growth in this country in four decades," he said.

Claiming that the economy created more than 1,300,000 new jobs in his first 100 days in office, Biden said, "We have to do more than just build back better."

He proposed a $1.8 trillion investment in children, families and education to help rebuild an economy devastated by the virus and compete with rising global competitors.

On Russia, he said that he made it very clear to his Russian counterpart Vladimir Putin that while the US doesn't seek escalation, their actions have consequences. "I responded in a direct and proportionate way to Russia's interference in our elections and cyber attacks on our government and businesses and they did both of those things and I did respond,” he said.

"But we can also cooperate when it's in our mutual interests. As we did when we extended the New START Treaty on nuclear arms, and as we're working to do on the climate crisis,” he said. 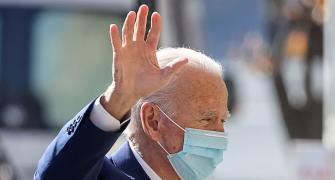 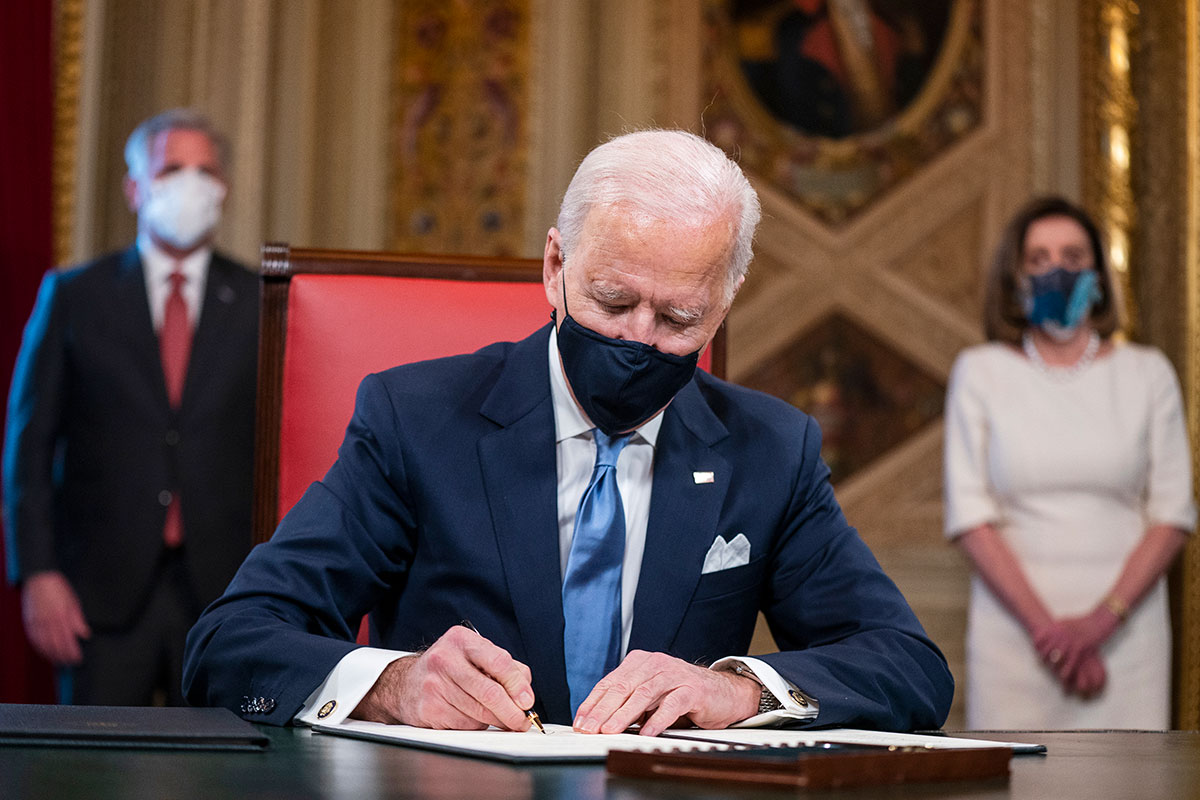 US goes into mission mode to help India fight COVID-19 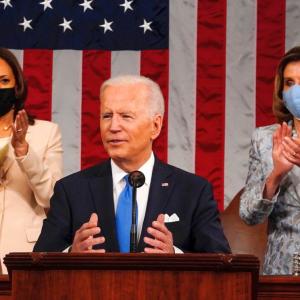