PHOTOS: Amazing moments of the week gone by

The 10 images that made news last week. 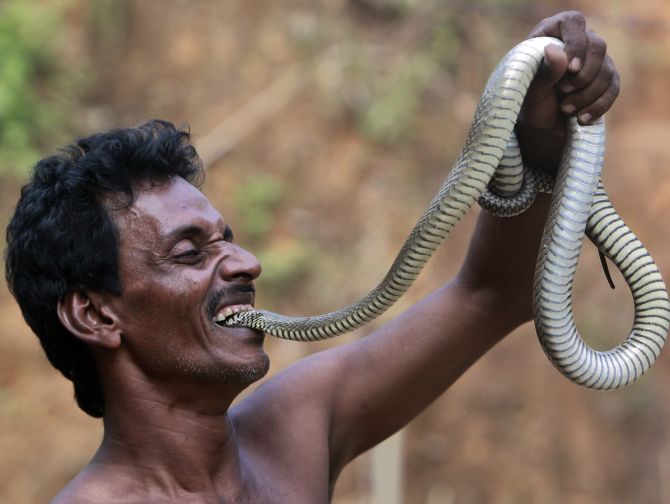 Sajal Biswas, a snake charmer, puts the head of a snake into his mouth as he performs on the roadside on the outskirts of Agartala. According to Biswas, he earns around Rs 400 to 500 per day. Photograph: Jayanta Dey/Reuters Phil Mohun does a back flip off of his family home after clearing snow from the roof following a massive snowstorm in Cowlesville, New York. Warm temperatures and rain were forecast for the weekend in the city of Buffalo and western New York, bringing the threat of widespread flooding to the region bound for days by deep snow. Photograph: Mark Blinch/Reuters Protesters flip over a Ferguson police car in Ferguson, Missouri. Missouri's governor ordered hundreds more National Guard troops to the St Louis suburb rocked by rioting after a white policeman was cleared in the fatal shooting of an unarmed black teenager. Jim Young/Reuters Buddhist monks walk in lines past believers to collect donations during a mass alms-offering ceremony in Bangkok’s shopping district. A total of 10,000 Buddhist monks attended the event, according to organisers. Food and funding received from the event will be given to monks from 323 temples, as well as to soldiers, policemen and other people in the four southern provinces of the country. Photograph: Athit Perawongmetha/Reuters A pro-democracy protester is arrested by police after refusing to leave a main street, while bailiffs clear it under a court injunction, at Mongkok shopping district in Hong Kong. Hong Kong authorities encountered resistance as they cleared part of a pro-democracy protest camp in the bustling district of Mong Kok following a court order to reopen a road. Photograph: Bobby Yip/Reuters Alex Little and Miranda Jenatka pose as they view a light installation at KewGardens in west London. The annual Christmas illuminated night trail at the botanical gardens will open from Wednesday until January 3, 2015. Photograph: Toby Melville/Reuters 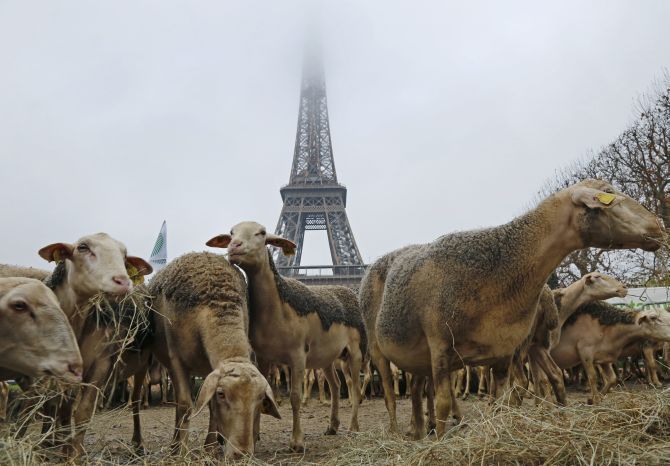 Sheep are gathered in front of the Eiffel tower in Paris during a demonstration of shepherds against the protection of wolves in France. French shepherds, with around 250 sheep, staged a protest in central Paris against the French government’s Plan Loup (wolf plan), introduced to try to pacify shepherds and protect wolves, ahead a meeting with French Agriculture minister. Photograph: Jacky Naegelen/Reuters 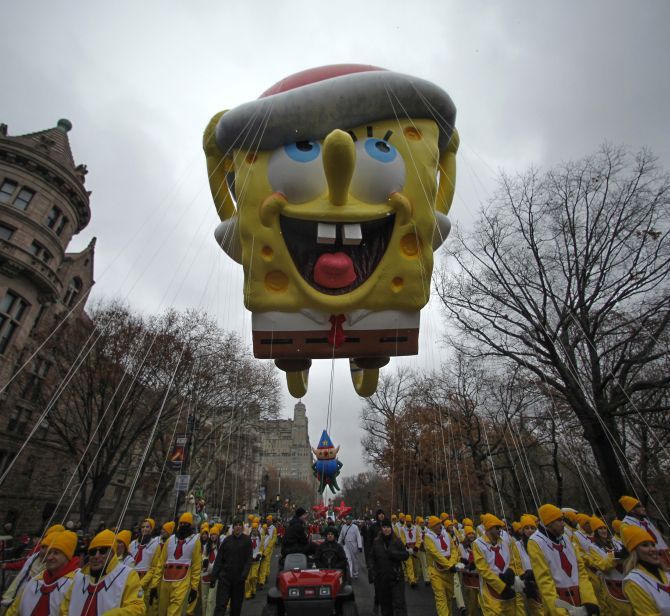 General view of the Christmas market after its official opening in Frankfurt. Photograph: Ralph Orlowski/Reuters 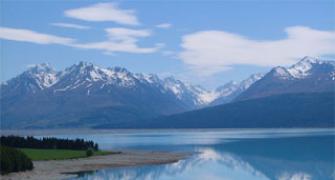 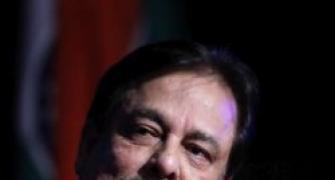 Hong Kong protesters scuffle with cops in heart of the city