The daily infections remained below one lakh for the second straight day.

The number of active cases has reduced to 12,31,415, comprising 4.23 per cent of the total infections, while the national COVID-19 recovery rate has improved to 94.55 per cent. 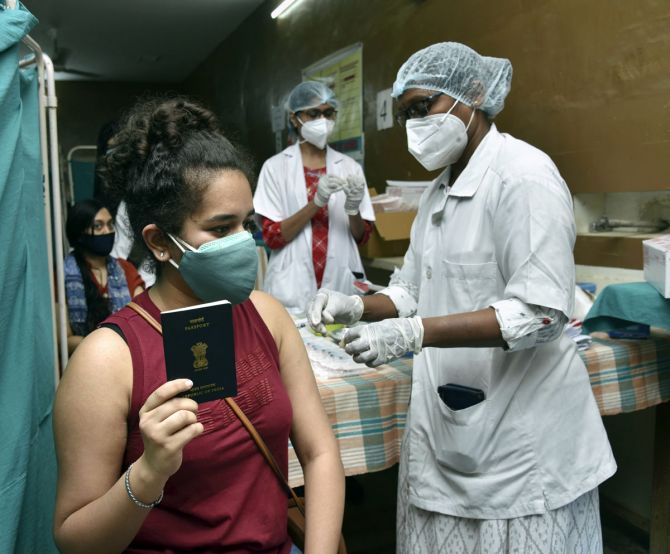 Also, 19,85,967 tests were conducted on Tuesday, taking the total cumulative tests conducted so far for detection of COVID-19 in the country to 37,01,93,563, while the daily positivity rate was recorded at 4.66 per cent. It has been less than 10 per cent for 16 consecutive days, the ministry said.

The weekly positivity rate was recorded at 5.66 per cent. IMAGE: A health worker checks the body temperature of a passenger as a precaution against the coronavirus at a railway station in Mumbai. Photograph: Kunal Patil/PTI Photo

The number of people who have recuperated from the disease surged to 2,75,04,126, while the case fatality rate has increased to 1.22 per cent, the data stated.

Cumulatively, 23,90,58,360 COVID-19 vaccine doses have been administered so far under the nationwide vaccination drive. India had crossed the grim milestone of two crore on May 4. 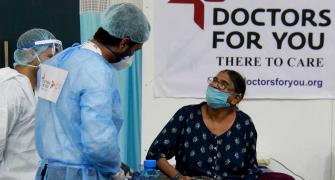 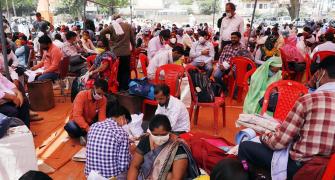 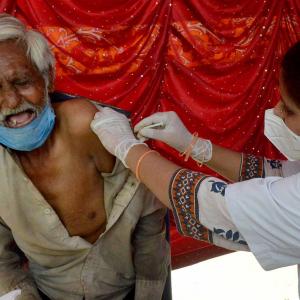