Devotees turned up in large numbers at the Devidhura temple in Champawat district on Thursday and pelted each other with stones to celebrate Bagwal, a festival in which blood is shed to please the presiding deity. 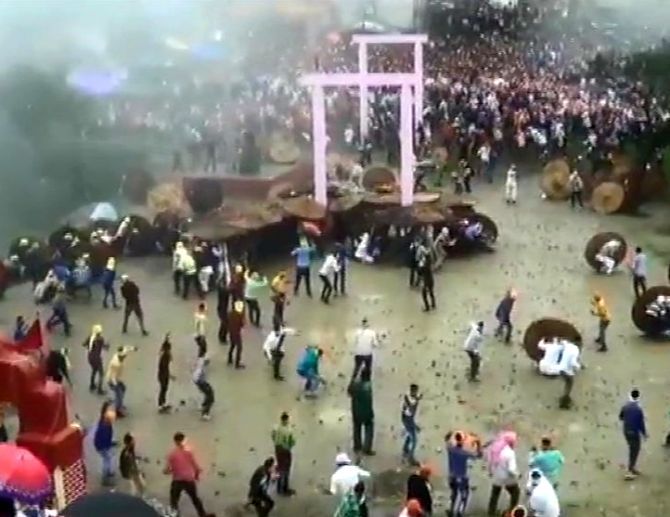 The festival is celebrated annually on Raksha Bandhan, which falls on Shravan Purnima, to please Barahi Devi, the presiding deity.

Locals believe that the goddess is pleased only after blood, equivalent to a human sacrifice, is shed during the sport, which is witnessed by thousands of people.

On Thursday, the strange stone-pelting festival lasted for 10 minutes, leaving around 100 people injured, head priest of the temple B C Joshi said.

"In old times, human sacrifice used to be made annually on the occasion to please the goddess. According to the legend, an old woman, who required to sacrifice her only grandson, pleaded with the goddess to spare him," he said.

"Her prayers were accepted by the goddess, who appeared in dreams of her devotees and asked them to play Bagwal by pelting each other with stones and shed as much blood on the ground as can be considered equal to a human sacrifice," the head priest said. 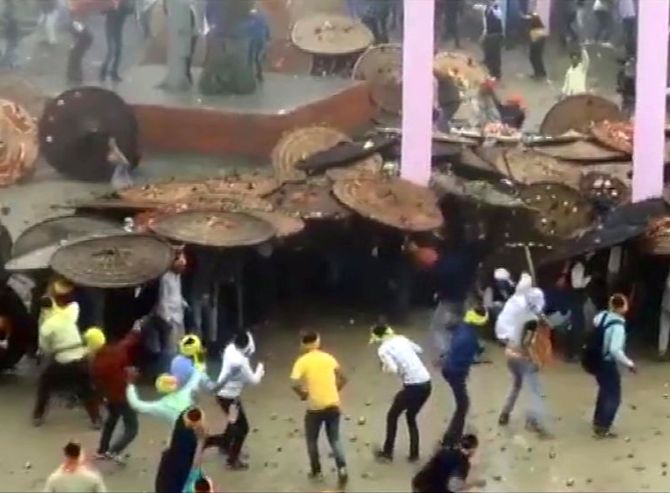 Then both groups start pelting each other with stones.

The ritual ends with a signal from the head priest.

Though there is a high court ban on use of stones during the festival, locals manage to sneak in with stones, hoodwinking the authorities.

According to Champawat District Magistrate SN Pandey, the festival was witnessed by thousands of people, including former chief minister Bhagat Singh Kosiyari and former speaker of the state assembly Govind Singh Kunjwal.