Pickpocket can't be sent to gallows: Adhir on MPs' suspension

Leader of Congress in Lok Sabha Adhir Ranjan Chowdhury on Friday said the suspension of seven party MPs from Lok Sabha for disrupting proceedings was like sending a pickpocket to the gallows, only to be panned by Union minister Pralhad Joshi who termed the analogy strange and unfortunate.

Chowdhury's pickpocket remark, which was meant to criticise the government's move to suspend the Congress members, left many party MPs visibly embarrassed and many others in splits.

Arguing against the suspension of the seven Congress members from Lok Sabha for the remainder of the Budget Session, the leader said, 'Jeb katua ko phansi ke takhte pe nahi chadaya ja sakta hai (a pickpocket cannot be sent to the gallows)' and demanded that the suspension be revoked.

Asking on what basis such stringent punishment has been given, Chowdhury said it was 'disproportionate' and should be reversed.

Underlining that Congress members respect for the Chair, he said the party members regard the Chair as 'the Pope of the Vatican' and they had never dishonoured the chair.

Latching on to Chowdhury's remarks, Union Parliamentary Affairs Minister Joshi said, "It is strange to compare the suspended MPs with pickpockets. It is most unfortunate. We don't agree with this."

Justifying the action against Congress MPs, Joshi said snatching papers from the Speaker's table had never happened in the House in its history of more than 70 years.

Referring to incidents when the BJP was in the Opposition, Joshi said former Leader of Opposition in Lok Sabha L K Advani always stopped them from doing anything which did not suit the dignity of the House.

He also said in the 15th Lok Sabha, the then Speaker had suspended 45 MPs of the BJP.

The House had witnessed uproarious scenes since the Budget Session reconvened on March 2 as the Opposition repeatedly demanded a discussion on the Delhi violence that claimed at least 53 lives.

During a discussion on the coronavirus outbreak on Thursday, an Rashtriya Loktantrik Party member made some controversial remarks against Congress president Sonia Gandhi and her family members triggering a strong reaction from Congress members.

While protesting the remarks, Congress member Gaurav Gogoi pulled papers from the Speakers table and flung them in the air.

Gogoi and six other members were suspended from the House for the remainder of the Budget Session. 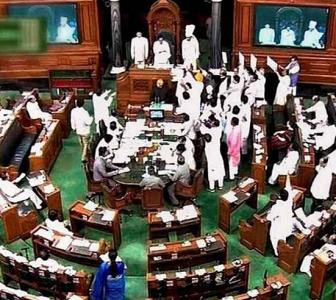 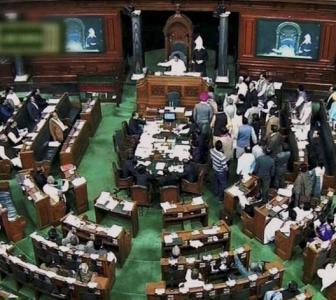 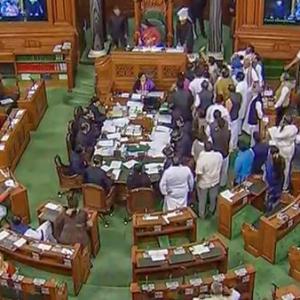