Zhu Roumeng kisses with her pet pig Wuhua at her house in Beijing. Zhu has raised the female pig, which weighs around 85 kilogram, for the last three-and-half years and they’ve recently become an internet sensation after she posted her selfies with her pet pig on China’s microblogging sites. Photograph: Kim Kyung-Hoon/Reuters Men wearing high-heeled shoes pose for a picture during a march to protest against sexual violence against women in a fundraising event called ‘Walk a mile in her shoes’ in Beirut. Photograph: Mohamed Azakir/Reuters 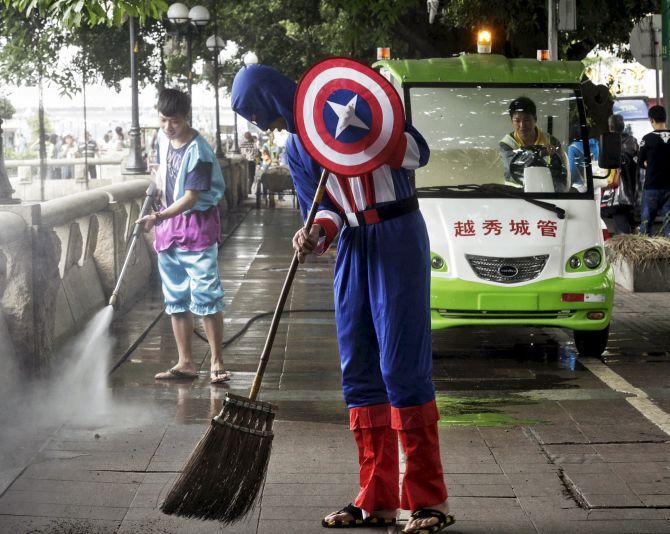 A student volunteer in a Captain America costume sweeps the ground during a campaign to clean the streets to mark Earth Day, in Guangzhou, Guangdong province. Earth Day, which promotes awareness about the necessity of conserving the environment, is celebrated annually on April 22. Photograph: Reuters 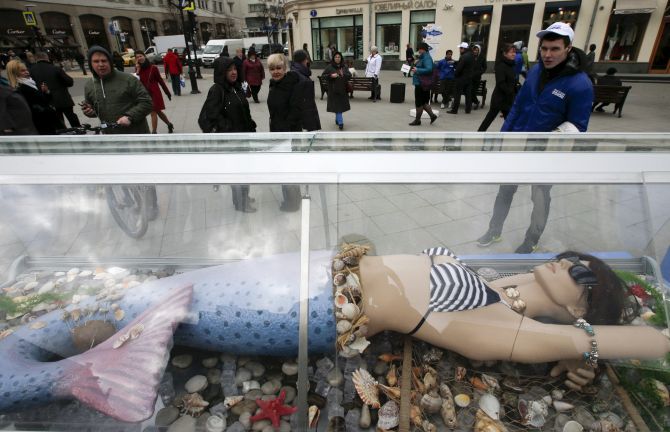 People look at a dummy of a seamaid which is on display near a street fish market in central Moscow. Photograph: Sergei Karpukhin/Reuters 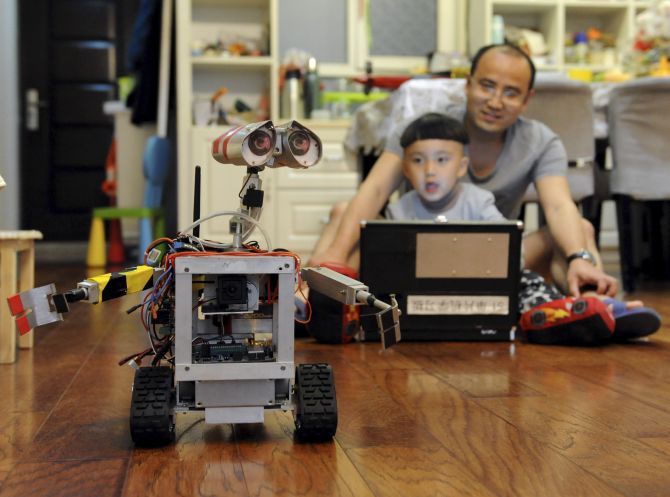 Lu Junfing and his 5-year-old son test a homemade replica of robot Wall-E from the Disney-Pixar film Wall-E, at their home in Qingdao, Shandong province. Lu spent three months and almost 10,000 yuan (Rs 1.01 lakh) to make the remote-controlled replica, which is able to capture and transmit video and pictures, as a present for his son. Photograph: Reuters A girl plays on an inflatable replica of Stonehenge at a public park in Mostoles, Spain. The piece, entitled ‘Sacrilege’, is an interactive artwork by British artist Jeremy Deller, and it represents the megalithic monument of Stonehenge. Photograph: Susana Vera/Reuters A dressed up runner on his way to the finish during the Virgin Money London Marathon in London, England. Photograph: Tom Dulat/Getty Images 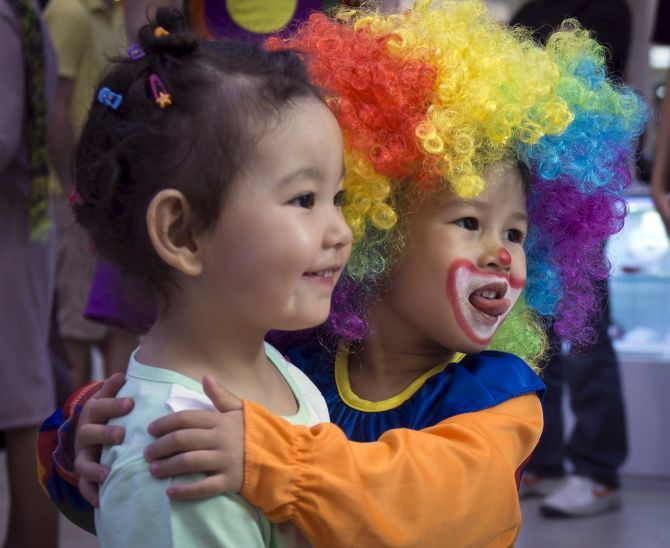 A woman takes pictures of the art installation ‘Overcoming Boundaries’ by German conceptual artist Ottmar Hoerl in Berlin, Germany. The project, consisting of some 1000 sculptures of the Einheitsmaennchen (Unity Man) is to commemorate the 25th anniversary of the German reunification. Photograph: Hannibal Hanschke/Reuters 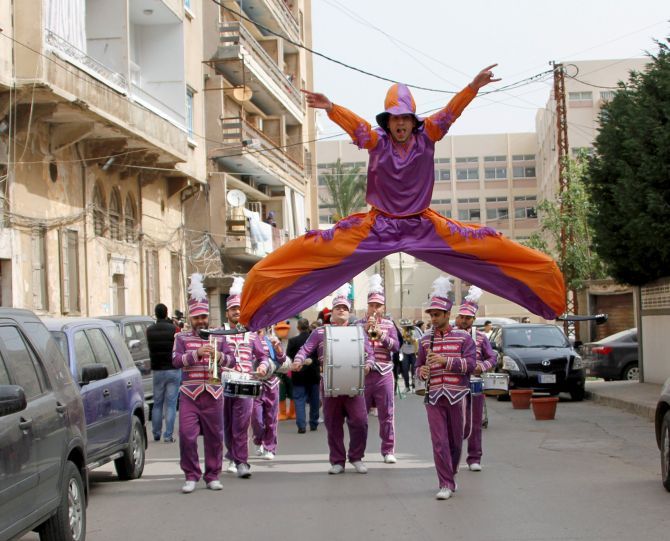 A dancer jumps during a parade celebrating the coming of spring in Tripoli, north Lebanon. Photograph: Omar Ibrahim/Reuters