Egyptian President Muhammed Mursi has made it clear to the judiciary that he did not infringe on its authority by assuming sweeping powers, as the opposition planned "million-man" marches to protest the "attack on democracy".

Presidential spokesman Yasser Ali late Monday said that President Mursi's recent controversial decree would not be subject to modification, noting that the decree may have been "misunderstood" by the public.

The decree, issued by the presidency on Thursday night, was met with outrage by Egypt's political opposition, who described it as an "attack on democracy" and a "threat to judicial independence."

The decree stated that presidential decisions will enjoy temporary immunity from legal challenge. The decree also protects Egypt's Islamist-led Constituent Assembly, tasked with drafting a new constitution, and the Shura Council (the upper house of parliament) from dissolution by court order.

"The decree will only immunise the President's sovereign decisions (from legal challenges)," asserted Ali, stressing the measure's temporary nature.

The statement was issued following the President's meeting with senior judicial figures.

The spokesman said Mursi told the judges that he acted within his right as the nation's sole source of legislation when he issued decrees putting himself above judicial oversight.

The members of the Supreme Judicial Council have said that the crisis between the judicial and executive branches is not over.

Mursi expressed his appreciation for the judiciary and his desire that it remain independent as it is "the last resort for the people to get their rights," Ali said.

Opposition parties and groups have called for mass rallies and "million-man" marches today to protest the decree. A sit-in has been ongoing in the Tahrir Square since Friday.

The Muslim Brotherhood had called on its supporters to protest on Tuesday in support of the declaration. However, late Monday night the Brotherhood cancelled all protests planned by their supporters.

"The Muslim Brotherhood has decided to postpone a mass protest it had called for today in Cairo in the interest of preventing violence," an official from the Islamist group's Freedom and Justice Party said.

The Nour Party, a more hardline Islamist party that has come out in support of the Mursi decree, had agreed with the Brotherhood on the postponement, a spokesperson for the party said.

Judge Ahmed Abdel Rahman, deputy head of the Court of Cassation and member of the Supreme Judicial Council, told Al-Masry Al-Youm that he cannot announce that the impasse has been resolved.

He added that the council has no intention to issue a statement over the meeting, saying, "We have nothing more than what was included in the presidential statement."

According to Agwa, Bahlol described the statement issued by the President's office as "weak".

".... (It) doesn't represent the members of the council," Bahlol was quoted as saying about the statement.

Speaking to Al-Masry Al-Youm, Agwa said that Bahlol and his colleagues tried in vain during the meeting to resolve the dispute.

Earlier on Monday, Justice Minister Ahmed Mekky said he expected that Mursi would back the Supreme Judicial Council's proposal limiting the scope of his new constitutional declaration.

The council had issued a statement Sunday saying that Mursi's decree should apply only to "sovereign matters", stopping short of an outright rejection.

Some analysts explained that the exemption for "sovereign matters" implies Mursi's order that the Constituent Assembly and Shura Council cannot be dissolved would stay in place, while other presidential decisions could be challenged before courts.

Mursi called on judges not to suspend work in courts to preserve citizens' rights, and also expressed his appreciation for the council's role to pre-empt a collision between the executive and the judicial authorities, Ali said.

According to Ali, Mursi stressed that retrials of those accused of killing protesters would be conducted if investigations reveal new evidence against the accused as stipulated by the new law for the "protection of the revolution". 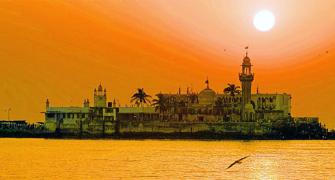 Mumbai: 'Clerics to decide on women's entry in Haji Ali' 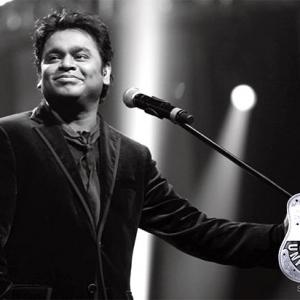