Congress leader Deepender Singh Hooda on Friday said if the Independent MLAs join the Bharatiya Janata Party in Haryana then people will beat them up with shoes in the time to come. 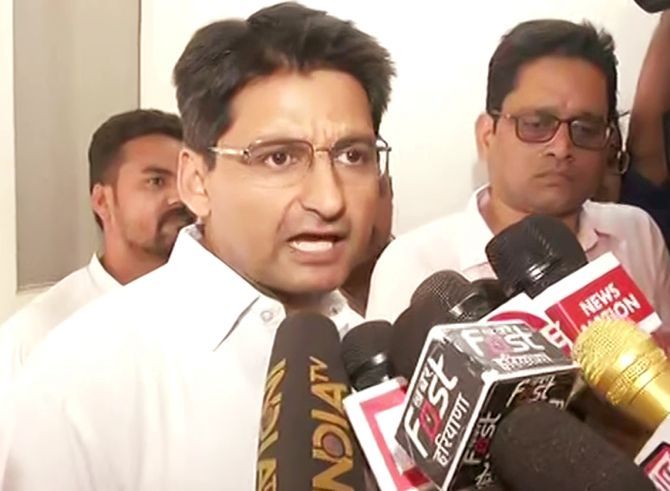 "The Independent MLAs, who are going to be a part of the Khattar government, are digging their own political grave. They are selling the trust of people. People of Haryana will never forgive those who do so. People will thrash them with shoes in the time to come," Hooda said.

Earlier in the wee hours of Friday, BJP working president JP Nadda had met the party's president Amit Shah at his residence.

Kanda's brother Gobind Kanda had said that Haryana Lokhit Party is in touch with five more MLAs, who will extend their "unconditional support" to the ruling party.

In the 90-member Haryana assembly, BJP needs the support of six MLAs to cross the half-way mark to retain power in the state.