News
Business
Movies
Sports
Cricket
Get Ahead
Money Tips
Shopping
Sign in  |  Create a Rediffmail account
Rediff.com  » News » People of PoK are our own, will do what it takes: MEA

People of PoK are our own, will do what it takes: MEA 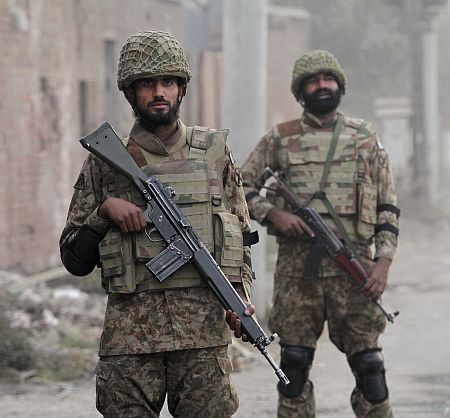 Keeping the next course of action regarding Pakistan occupied Kashmir and Balochistan under wraps, the ministry of external affairs on Thursday asserted the government will do what it has to do no matter what as the people there were India's own.

Attempting to downplay repeated posers from the media regarding India's next move in the case of PoK following Prime Minister Narendra Modi's emphatic reference of the same in his Independence Day address, MEA official spokesperson Vikas Swarup said the plan of action cannot be shared at this stage.

"Several people from Balochistan and PoK, including Gilgit Baltistan, had messaged him (prime minister), had been writing to him following his comments at the all-party meeting in which he had flagged the atrocities being committed on the people of Balochistan," Swarup said.

Asserting that the prime minister had been thanked by these people for flagging their cause at the all-party meeting, he added that the former was sufficiently moved by their gratitude massages.

"As far as the next course of action is concerned, prime minister also gave us certain instructions in the all-party meet. How those instructions will be implemented, I cannot at this stage share with you. However, the MEA will do what it has to do because after all the people of PoK are our own people," Swarup added.

Prime Minister Modi, for the first time, raised the Balochistan and PoK issues in his Independence Day address this year.

"I want to express my gratitude to the people of Balochistan, Gilgit and PoK for the way they whole-heartedly thanked me, the way they expressed gratitude to me.... People of a distant land I haven't even seen....When they thank the Indian PM, it's an honour for the 125 crore people of the country," he said from the ramparts of the Red Fort.

However, former external affairs minister Salman Khurshid said that the prime minister should not have spoken openly about Balochistan.

Taking a dig at Prime Minister Modi, Khurshid told ANI that no one asked the former to speak on the prevailing situation in Balochistan while highlighting the Kashmir issue in his Independence Day address.

"My party is firm on it. This is an amateur foreign policy," he added.

The Centre later criticized the Congress for attacking the prime minister's new Balochistan-PoK strategy, saying the only thing that's consistent about the grand old party is its inconsistency.