The Editors Guild of India has filed a plea in the Supreme Court seeking that a special investigation team be set up to conduct probe into the reported surveillance of journalists and others allegedly by the government through the use Israeli firm NSO's Pegasus spyware. 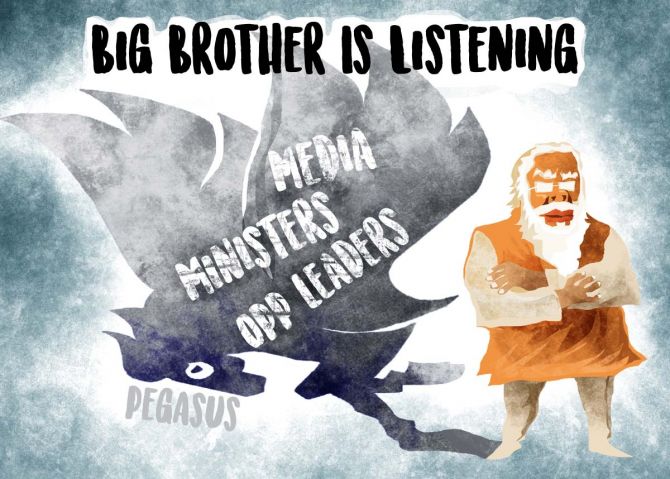 The guild's petition has stated that journalists are tasked with enforcing the public's right to be informed, accountability and to an open and transparent government.

The guild's members and all journalists have the duty of holding all branches of government accountable by seeking information, explanations and constitutionally valid justifications for state action and inaction, it said.

To be able to fulfil this role, freedom of the press must be safeguarded, it said.

Journalist Mrinal Pande is a co-petitioner in the case.

“Freedom of the press relies on non-interference by the government and its agencies in reporting of journalists, including their ability to securely and confidentially speaking with sources, investigate abuse of power and corruption, expose governmental incompetence, and speak with those in opposition to the government,” the plea said.

The guild submitted that citizens of India have a right to know if the government is infringing upon the limits of their authority under the Constitution and what steps have been taken to safeguard their fundamental rights.

The plea stated that all attempts to seek accountability and enforce Constitutional limits through Parliamentary processes have been stonewalled.

“Through their intransigence, the Respondents have deliberately avoided public debate on this issue and have provided obfuscated answers, forcing the Petitioner to approach this Court,” the plea said.

The guild has sought a court-appointed and monitored SIT to investigate every aspect of the alleged use of Pegasus by the Government of India and against Indian citizens, especially journalists.

It has challenged the constitutional vires of electronic surveillance, hacking and use of spyware, and the existing legal architecture for surveillance, in light of the gigantic leaps in technology and surveillance capabilities.

On Monday, a senior journalist, whose name featured in the reported list of those who were targets of snooping using Pegasus, had moved the apex court seeking directions to the Centre to disclose materials with respect to investigation and authorisation pertaining to alleged use of Israeli spyware on his mobile.