Opposition Peoples Democratic Partyon attacked the Omar Abdullah government for the incident of firing by security forces in Baramulla in which one youth was killed, and staged walkout from Jammu and Kashmir Assembly.

Speaking on the motion, Leader of Opposition Mehbooba Mufti said, "There is no credibility of the Omar government. Omar said he was helpless...he said why bullets were fired on mob for stone-pelting... But remember in 2010, same chief minister said there will be bullets for stones".

"Government is ruling the state from the barrel of gun... there are firing incidents ...curfews, arrests, house arrests of Syed Ali Shah Geelani, preparation of ground for punishing Yasin Malik," Mufti said.

"Basically Chief Minister wants to divert his failures by blaming it on AFSPA. You (Omar) cannot wash yours hands by showing helplessness," she said.

The Speaker intervened and asked Mufti to take her seat as time for her speech had expired, following which PDP members demanded that she be allowed to continue.

When the request was turned down, PDP members staged walkout in protest.

Speaking on the motion, BJP member Chaman Lal Gupta said Army should not be blamed for all ills in Jammu and Kashmir.

"We want punishment to be given to those responsible for firing incident after thorough probe, but please do not tarnish the image of Army," he said.

Supporting his point of view, Congress member M S Naiz said erring jawans or officers can be punished after court marshal proceedings through the Army Act. 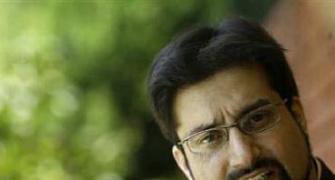 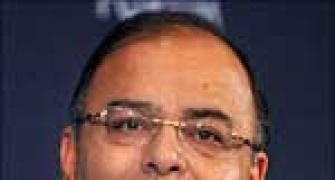 Today, India must speak in one voice: Arun Jaitley

Will watch other Afzal-like cases before concluding: Omar 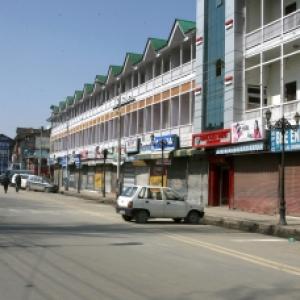 Kashmir shuts down over demand for Guru's remains