The high court of Jammu and Kashmir and Ladakh on Wednesday granted bail to People's Democratic Party leader Waheed Para, who was arrested by the NIA in a terror conspiracy case in November 2020. 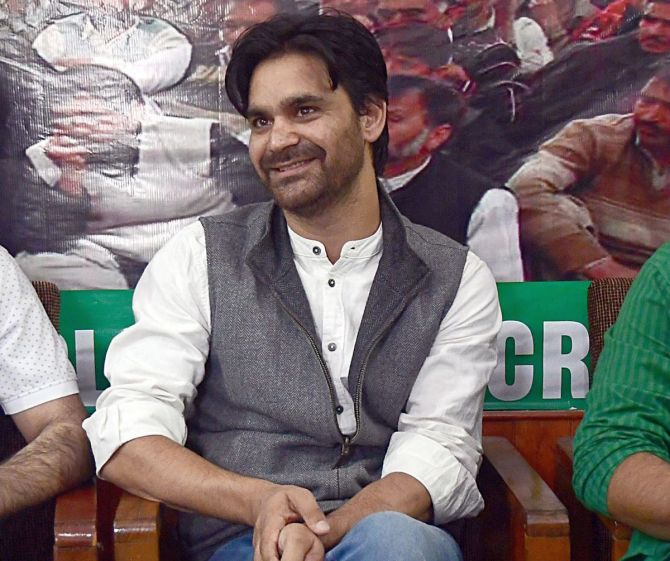 While granting bail to Para against a surety of Rs 1 lakh, a division bench of the high court comprising Justice Sanjeev Kumar and Justice V C Koul laid down several conditions on the PDP leader.

Para, perhaps, has become the first person to benefit from the Supreme Court putting on hold trial of cases under section 124 A (sedition).

The division bench listed the apex court ruling as one of the mitigating factors while allowing Para's appeal for bail.

“Regarding the sedition charges under Section 124-A IPC, the issue is governed by the recent judgment of the Supreme Court in the case of S.G. Vombatkere vs. Union of India, 2022 LiveLaw (SC) 470, whereby the Supreme Court has directed that all the pending trials, appeals and proceedings with respect to the charge framed under Section 124-A of IPC shall be kept in abeyance,” the court observed.

The division bench said keeping in view the totality of circumstances and the discussion made hereinabove, “we are of the considered view that this appeal deserves to be allowed. Ordered accordingly."

"Consequently, order dated 20.07.2021 passed by the Special Judge, NIA Srinagar is set aside and the appellant is admitted to bail in connection with FIR No.31/2020 registered in Police 15 Crl A(D) No.15/2021 Station, CIK Srinagar," the court order said.

"The Superintendent, Central Jail, Srinagar, is directed to release the appellant, provided he is not involved in any other case, after the appellant furnishes before him a personal bond of rupees one lac with a surety of the like amount," it said.

The court observed that Para had not been charged under section 15 of the Unlawful Activities (Prevention) Act.

"In the instant case, the appellant is not charged with Section 15 of UAPA Act and, therefore, the reverse burden provision contained in Section 43-E of the UAPA Act is not attracted. When we view the instant case in the light of settled legal position, we find that the trial Court has not exercised the discretion in consonance with the settled legal principles on grant or refusal of the bail," the court said.

“As is rightly contended by learned counsel appearing for the appellant that the appellant is charged under Section 18 of UAPA Act read with Sections 120-B and 121-A IPC, but no material or evidence is brought on record by the prosecution to sustain the charge,” the bench added.

The court also said that viewed from any angle, the evidence assembled by the investigating agency and relied upon by the prosecution to prosecute the appellant even if accepted as it is without any denial or rebuttal by the appellant, is not such on the basis of which the Court can formulate an opinion that the allegations proved during the investigation are prima facie true.

“The evidence as is gathered by the prosecution is too sketchy to be believed prima facie true, that too, with a view to deny bail to the appellant. The gravamen of allegation against the appellant is that he was hobnobbing with a member of a terrorist organisation with a view to further his political aspirations. The appellant is shown to be a member of mainstream political party i.e Peoples Democratic Party which has remained in power in the erstwhile State of Jammu and Kashmir,” it added.