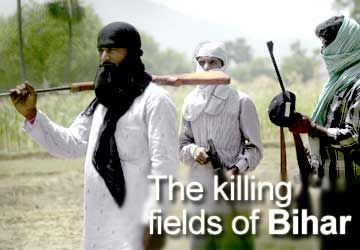 The Patna high court on Wednesday acquitted 16 men who were on the death row and 10 who had been awarded life imprisonment for the 1997 Laxmanpur-Bathe massacre in which 58 Dalits were killed by the upper caste militia Ranvir Sena in Bihar, citing lack of evidence against them, court officials said.

A court official said a bench of Justice B N Sinha of the Patna high court acquitted them on the basis of lack of evidence against them in the charge sheet by the police. In April 2010, the additional district and sessions judge of the Patna civil court had pronounced the sentences against the 26 after they were convicted in the 13-year-old case.

According to police, charges were framed against 44 men of the Ranvir Sena on December 23, 2008 on charges of killing 58 Dalits, including 27 women and 10 children. Laxmanpur-Bathe, situated on the banks of the Sone River in Jehananabad district, was targeted by armed Ranvir Sena men, who killed Dalits on December 1, 1997.

According to police records, four Dalit families were wiped out in the bloodbath. Soon after the massacre, the state government then led by Rabri Devi set up the Amir Das Commission to probe the political connections of the Ranvir Sena.

But the commission was wrapped up by Chief Minister Nitish Kumar soon after he came to power in 2006. Opposition parties, including the Rashtriya Janata Dal and the Communist Party of India-Marxist-Leninist, alleged that the Nitish Kumar government was protecting the interests of the Ranvir Sena and suppressing the voice of the poorest of the poor.