The Delhi high court on Thursday reserved its order on a paternity suit filed against veteran politician and former Andhra Pradesh Governor N D Tiwari by a youth claiming to be his son.

A Bench comprising Justices Vikramajit Sen and Manmohan Singh reserved the order after the octogenarian politician vehemently opposed against entertaining such a petition, which has been filed 31 years after the youth was born.

The court was hearing a petition filed by Rohit Shekhar, seeking its direction to declare Tiwari as his biological father. Shekhar filed an appeal before a division bench challenging a single-bench order, which had dismissed his petition on the ground that it was not maintainable.

Justice S N Dhingra had on November 3 last said the suit filed by Shekhar was not maintainable and allowed the plea of 84-year-old Tiwari who had sought dismissal of the petition.

The court had said it has no territorial jurisdiction to hear the case as Tiwari, then Andhra Pradesh Governor, was in Hyderabad and a suit against him could be filed only in that city.

Shekhar, a law graduate, filed the suit claiming he was born out of a relationship between his mother Ujjwala Sharma and Tiwari, a charge denied by the latter.

Tiwari was earlier directed by the court in November 2008 to file his reply in which he had refuted all the allegations and submitted that the suit was filed to malign him. 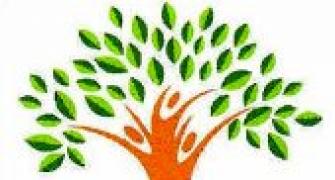