'Parliament panel may surprise all over Lokpal'

Amid Anna Hazare's agitation on the Lokpal issue, a Parliamentary Standing Committee going into the Lokpal Bill on Sunday gave signals that it could "surprise" all those skeptical or cynical about the outcome of the exercise.

"Give the Standing Committee a chance. Allow us to do our work. We may collectively surprise all those who are skeptical or cynical," Abhishek Manu Singhvi said in New Delhi.

He said the Parliamentary Committee shared people's concerns over corruption.

Singhvi has been maintaining that the panel examining the Lokpal Bill is open to all kinds of views to formulate a strong legislation and has not pre-judged the issue.

Committee sources said its next meeting is expected in the first week of September. Hazare, however, wants a revised bill on Lokpal to be passed in Parliament by August 31.

The Committee has already invited views of diverse stakeholders on the proposed measure and Singhvi has said the panel will take them up clause by clause to include ideal elements of each proposal to try and create the best and the strongest bill.

A Congress MP has submitted Hazare's Jan Lokpal Bill for consideration before the Committee. 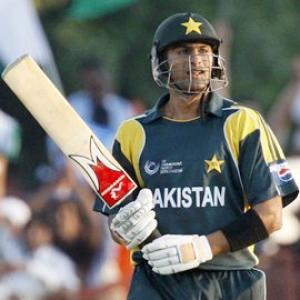