Kerala, Andhra, Tamil Nadu and Karnataka are facing a severe drought this year, affecting many lives. 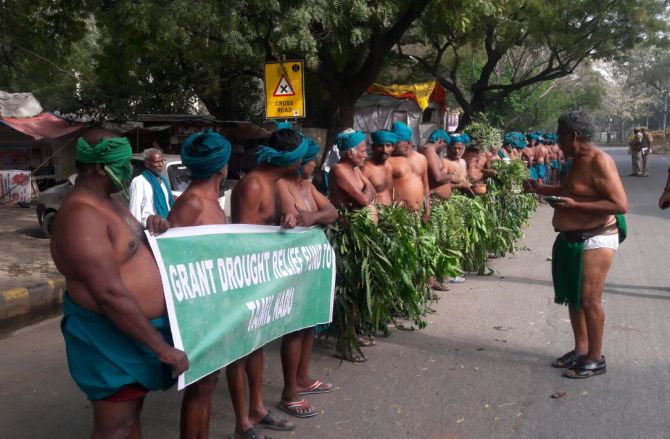 The Krishnaraja Sagara Dam, which stores water from the Cauvery river, is hitting its dead storage level, a 15-year low. Dead storage is when the remaining volume of water is below the level of the lowest outlet; it cannot be accessed under normal operating conditions. The authorities have said summer crops cannot be irrigated.

A new crisis is brewing, after 2016 the worst drought year for Karnataka in four decades. The Karnataka State Natural Disaster Monitoring Cell says all major reservoirs in the state are near their dead storage. The government is now focused on providing drinking water, at the cost of standing crops.

“Each year, the cumulative effect (of lack of rain) is carried forward. If this year, too, the state continues to have below-average rain, it will be worse than the last year,” says Srinivasa Reddy, the monitoring cell’s director.

Almost 75 per cent of the minor irrigation tanks have dried up in the state. Groundwater levels are 80 per cent lower than what they used to be 10 years ago.

“Currently, drinking water is being transported to 600 villages. In urban areas, 400 wards are depending on tankers for drinking. There is a huge scarcity of fodder as well, and this will impact the kharif, rabi and summer crops,” added Reddy.

It also saw violence in Bengaluru and disruption in transport and bus services between the two states.

The state government has allotted Rs 30 crore for cloud seeding to generate artificial rainfall in regions. It says it has also made sure that all farmers have taken insurance for their crops.

In the past six months, rain in the state has been 40-70 per cent less than the norm. Agricultural production has come down by 50 per cent. The government has set up fodder banks. Of 176 taluks in the state, 160 have been declared drought-hit. The Centre has sanctioned Rs 17,000 crore to the state.

Rajeev Chandrasekhar, Rajya Sabha member of Parliament, says the districts of north Karnataka have been especially hit. People are selling their cattle and property at throwaway prices and migrating. They're not returning, even at the risk of losing their farmland.

Kerala: Never had it so bad

Kerala has not seen a worse drought in 100 years. It is affecting the lives of humans, cattle and also wild animals. The state got early signs of drought when the southwest monsoon -- from June 1 to September 30, 2016 -- recorded a rainfall deficiency of 33.7 per cent.

The following northeast monsoon -- from October 1 to December 1 -- fell short by 61.7 per cent. January and February were also deficient.

According to the authorities, annual rainfall in the state varies from 360 cm in the extreme north to about 180 cm in the southern parts. During the southwest monsoon, the Edavappathi, the state generally receives about 70 per cent of its annual rain. The northeast monsoon, the Thulavarsham, would balance any deficiency in the earlier one. This time, both were deficient, leaving the state with the worst drought in a century.

According to the Central Water Commission's report for the week ended March 23, storage as a percentage of live capacity at full reservoir level was low in four of the five major ones in the state; in the fifth, Idamalayar, it was less than the average in the past 10 years.

The government announced in October all the districts were drought-hit and it had been taking steps. However, officials say the situation could worsen.

V S Sunil Kumar, minister for agriculture, said: “Around 30,000 hectares have been affected so far and we are afraid of more losses if the water scarcity continues.”

Around 200,000 farmers have been affected so far and the government has increased the crop insurance. The loss in agriculture alone has been around Rs 250 crore, till now, said sources.

The state has asked the Centre for Rs 992 crore in assistance. A delegation from the Centre is expected to visit next month.

Tamil Nadu is facing one of the worst droughts in 144 years. Rainfall was a combined 62 per cent deficient in the two monsoons.

Water levels in reservoirs are 80 per cent below normal; in the capital city, Chennai, fed entirely by reservoirs, these are only 10-20 per cent full.

The combined storage in the four drinking water reservoirs which cater to Chennai city, was a little below two bcf, less than a fifth of what it was at the same time in 2015. And, the main monsoon here, the northeast monsoon, will not come again till next October.

The entire state has been declared drought-affected. Input subsidy relief totalling Rs 2,247 crore has been sanctioned. And, the Centre asked to sanction Rs 39,565 crore from the National Disaster Response Fund.

The government is taking up works like erection of new deep borewells, rejuvenation of existing ones and open wells, replacement of pumpsets and even supply of water through lorries, at a cost of Rs 460 crore in rural areas and Rs 150 crore in urban areas.

The Farmers Association claims 254 cultivators have committed suicide since October, which the government says it can’t confirm.

One of the first measures announced by Chief Minister E K Palaniswami was the Rs 2,247-crore package mentioned earlier, for drought-hit farmers. A senior with the agriculture department said they were also working on a demand to write off crop loans. A central drought inspection team has recommended a drought fund of Rs 2,096 crore.

The situation has also been exacerbated by the non-release of Cauvery water by Karnataka.

By the final order of the Cauvery Water Disputes Tribunal, 182 bcf was to be released by Karnataka between June 1 and December end; saying it could spare none, it released only 67.2 bcf. As a result, storage in Mettur Dam, the main reservoir which serves the Cauvery Delta, was too low to save a single paddy crop in the Cauvery basin of Tamil Nadu.

Andhra Pradesh faces drought and drinking water scarcity problems. However, sibling Telangana does not; it had above-normal rain last year.

In Andhra, only about 80 per cent of the normal area was sown in the kharif and rabi seasons -- rain was deficient, groundwater had depleted and there was lack of water in the Krishna river canal system. However, sowing was near-normal in Telangana.

Even so, the Telangana government has prepared a contingency plan, with a budget of Rs 105 crore, for drinking water supply in problem areas during the summer. Given earlier experiences, it is better not to take a chance, says K Vijayapal Reddy, chief engineer of the rural water supply department.

As for Andhra, the districts of Anantapur, Prakasam and Krishna had a severe drinking water shortage in March itself. Both the northeast and southwest monsoons weren’t enough.

The state government declared 301 of the 664 mandals as drought affected at the time of kharif planting.

The Rayalaseema region is water-deficient and drought has been declared in all 60-odd mandals of Anantapur district, where the standing groundnut crop has had major loss. The state is providing Rs 664 crore worth of input subsidy to farmers who’ve lost their crop.

In the Krishna delta, canal water is stored or use in summer. As there were no releases under the Krishna canal system downstream of Nagarjuna Sagar, many of these tanks remained empty.

Groundwater in most of the areas in Krishna and other districts which are closer to the sea are saline. Hence, water has to now be transported from other areas to meet even the drinking water needs of villages in these areas.

In Telangana, however, with the good rain last year, many tanks and small lakes still have water and that suffices for drinking water needs in villages. As the crop area was normal in both kharif and rabi, the authorities are not anticipating fodder scarcity this summer. 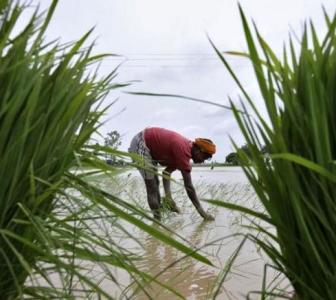 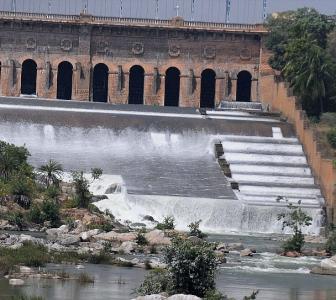 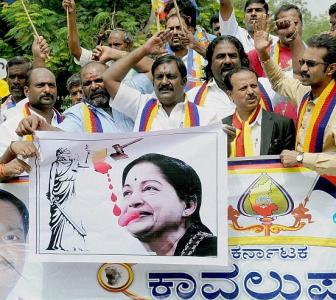