A serial protester, Pamma has been dubbed as India's "most outraged man, says Veena Sandhu

Anger is in the air. It flashes in the eyes of the rickshaw-puller as he struggles in vain to find his way through the unrelenting traffic. It spews forth from the lips of the cart-puller who is stuck behind the rickshaw.

And it is visible on the faces of the harried pedestrians. This is Sadar Bazaar, the busy and utterly chaotic wholesale market in Delhi. But there is one person who is the angriest of them all: Paramjeet Singh Pamma. 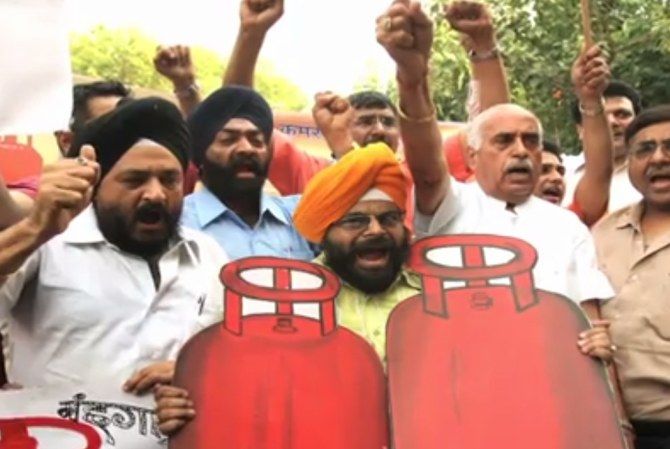 Pamma’s anger has turned him into a celebrity of sorts with newspapers, televisions channels, social media and even the BBC describing him as India’s “most outraged man”. One website went to the extent of calling him the “most outraged man in the history of mankind”.

What has earned him these titles, which he now wears with pride, is his tendency to pick up a placard and hit the street, shouting his lungs out to protest whatever catches his fancy. Pamma is a serial protester.

Price rise, corruption, ceasefire violation by Pakistan, problems in school admissions, ban on turbans by foreign governments, ‘mistreatment’ of the Indian cricket team overseas, reservation for women in Parliament -- you name it and Pamma has hit the streets to protest it. At times he has organised four protests in a week. 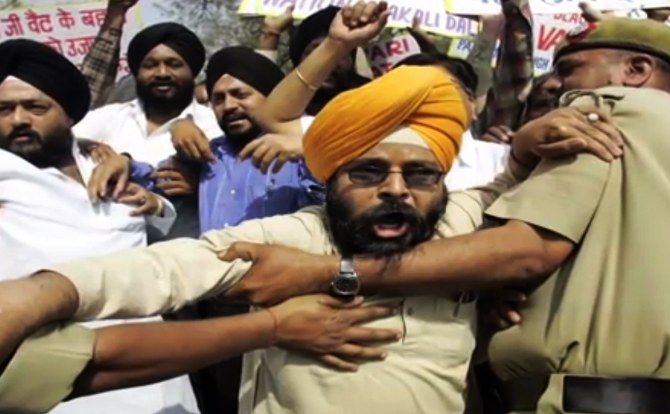 The 44-year-old trader, who deals exclusively in zips and for which he makes the occasional trip to China, has a tiny shop down the narrowest possible lane in Sadar Bazaar. Mobile phones don’t work here.

The landline is the only connection with the outside world. If the landline fails, everything comes to a standstill. That’s another issue Pamma, who is also the president of the market association, has protested against.

In his shop overflowing with zips of all sizes and colours, Pamma sits cramped on a stool with a laptop and two landline phones balanced on, predictably, zips. On the wall are his photographs with President Pranab Mukherjee, former prime minister Manmohan Singh and former Delhi chief minister Sheila Dikshit. 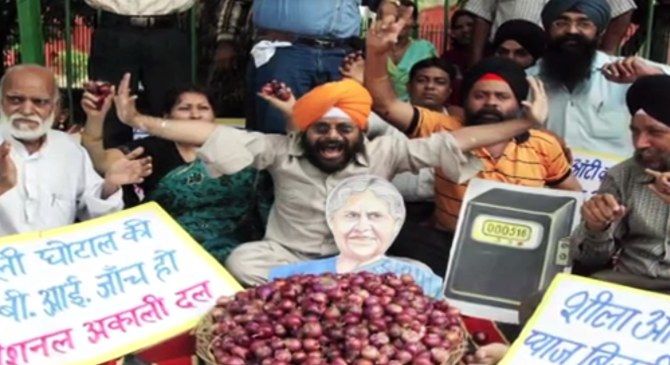 While he participated in his first protest with his father at the age of 16 in front of the Pakistan embassy in Delhi, protests and dharnas truly became his calling after 1995 when his father died. “I was suddenly lonely, and when I needed help, no one would come forward,” he says in Punjabi. “So I decided I would become the voice of people in need.”

In 1996, he launched the National Akali Dal, a non-political and so far unregistered organisation with the sole purpose of organising protests. He called it ‘Akali Dal’ because he “wanted to give it a damdaar (weighty) name so that people feel they are associated with something big”.

His protests, he says, have taught him a lot. At the time when pulses touched Rs 90-100 a kg, he sold them for Rs 20. “What hit me was that there were people who couldn’t even afford that and would buy just half a kg of daal for Rs 10,” he says. Pamma says he’s not an angry person by nature.

“My anger is not directed at people; it is directed at the system, at the government and at issues.”  “He is a dear little man,” says one shopkeeper. “He picks up people’s causes when everybody else says jaane do, hamein kya (let it be; what’s it to us).”

At five feet, Pamma is a “little man” indeed. “My height is my strength,” he laughs. “When the police fire water cannon, the water misses me and wets the people behind me. And when they order, ‘Arrest Paramjeet Singh Pamma’, the policemen think it must be some tall burly Sikh and arrest him, while I merrily protest on.”