Panneerselvam asks banks not to allow anyone to operate party accounts 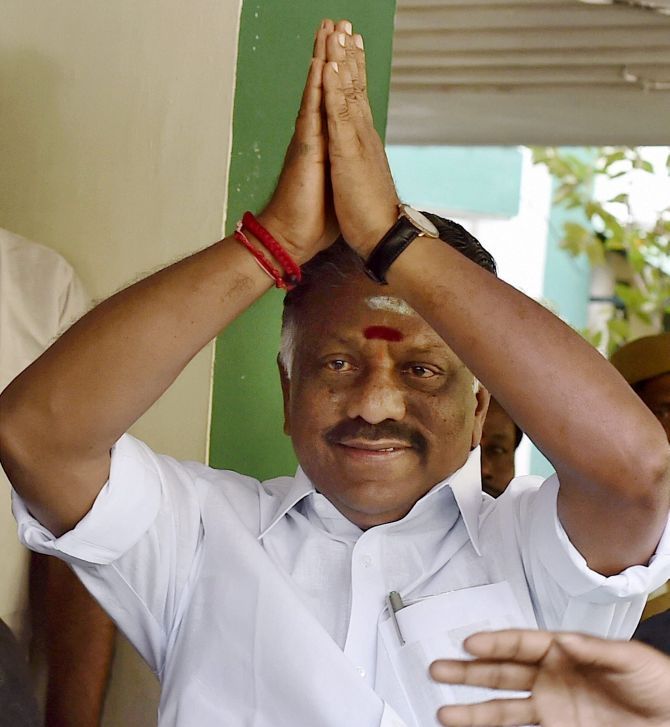 Tamil Nadu Chief Minister O Panneerselvam on Wednesday insisted that he continued to be All India Anna Dravida Munnetra Kazhagam treasurer and wrote to two banks in Chennai not to allow anyone else to operate the party's accounts.

In separate letters to the two banks, located at Mylapore area, he said that under the relevant party laws, he continued to be the AIADMK treasurer.

"In accordance with Bye law 20, sub-clause 5 in the party constitution in continuance of my appointment as treasurer of AIADMK party by puratchi Thalaivi Amma, I request you not to permit anyone else to operate our AIADMK party's current account without my written consent and instructions," he said in the letters.

The letters were addressed to the Chief Managers of Karur Vysya bank and Bank of India.

Panneerselvam further said that Rule 20 contemplates that the party general secretary shall be elected by the party's primary members.

"Presently the post of General Secretary of AIADMK remains vacant as the appointment to the said post, which fell vacant upon the demise of puratchi Thalaivi Amma, is yet to be made in accordance with Rule 20 sub clause 2 of the said by law," he said in the letter.

Following his revolt against AIADMK General Secretary V K Sasikala on Tuesday night, Panneerselvam was sacked as treasurer by his party leader, but the chief minister insisted that he continued to remain in the post.