The Bharatiya Janata Party on Tuesday accused Bihar Chief Minister Nitish Kumar of "insulting and betraying" people's mandate while blaming his prime ministerial ambition for the Janata Dal-United's decision to walk out of the National Democratic Alliance and joining hands with the Rashtriya Janata Party-led opposition. 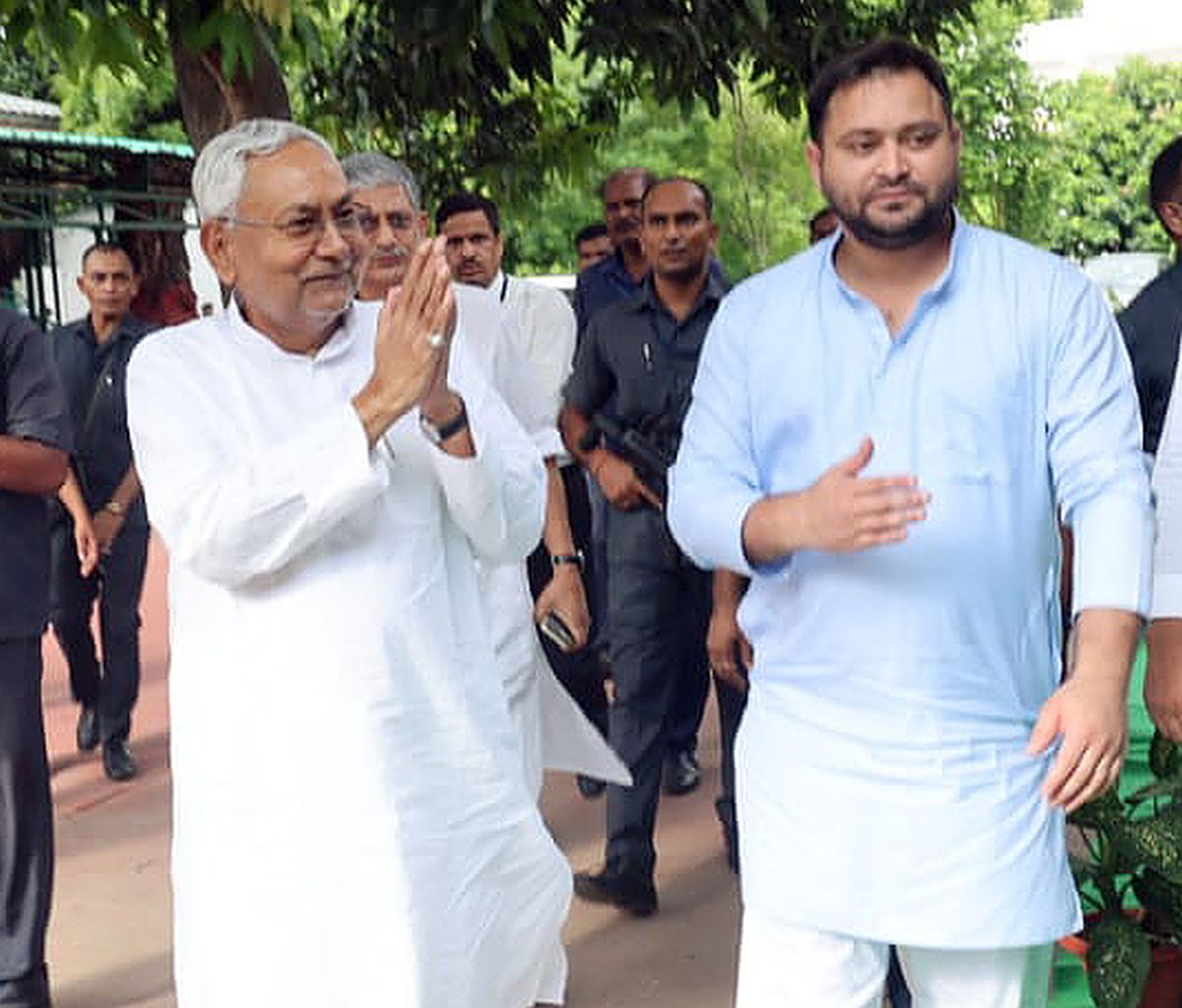 BJP leaders noted that he had snapped ties with the RJD in 2017 over allegations of corruption against its leader Tejashwi Yadav and asked how he will justify the alliance with the party again.

They also threw the jibe "Paltu Ram" (one who keeps changing sides), first used by Rashtriya Janata Dal supremo Lalu Prasad Yadav for Kumar, at the Janata Dal-United leader and rejected claims that their party was undermining him.

RCP Singh, once a close aide of Kumar and now out of favour, also accused the chief minister of betraying the mandate of the 2020 assembly polls in the favour of the BJP-led NDA.

BJP leader Union minister Giriraj Singh said the BJP had acknowledged him as a chief ministerial candidate first in 1996 when it was a much bigger party.

The BJP accepted him as chief minister again after the 2020 assembly polls even though its tally was bigger than the JD-U's, several BJP leaders noted.

He is making all kinds of excuses about his so-called problems with the BJP, Singh said, adding that as the chief minister Kumar had no reason to be upset.

State BJP president Sanjay Jaiswal accused the chief minister of "betraying" the mandate of the 2020 assembly polls for which he will be "punished" by the people of Bihar. He has betrayed the BJP as well, he told reporters in Patna.

Former Union minister Ravi Shankar Prasad said if the BJP was troubling the JD-U, as claimed by the regional party, then Kumar should have spoken about this in 2020. He got votes in the name of Prime Minister Narendra Modi and is insulting people's mandate to enjoy power, he added.

"He used to talk about corruption. Has it ended now," he asked.

Bihar BJP MP Vivek Thakur described Kumar's decision to part ways with the BJP as "good riddance" and asserted that the most deprived sections of society in the state have faith in Modi and wanted his party to get out of the alliance with the JD-U.

A web series "Paltu Ram in part one, part two and part three" should be made on Kumar, Thakur said in a swipe at him and added that he nursed prime ministerial ambitions.

There is no vacancy for the post of the prime minister and India has also got a very good President and vice president, he said.

BJP leader and Union minister Ashwini Choubey accused Kumar of being "opportunistic" and said those "betraying" Bihar want to create obstacles in its development.

"The BJP does not suppress anyone, does not betray anyone. Those people betraying Bihar want to create obstacles to its development. The development of Bihar has been a priority for us from the Atal Bihari Vajpayee government to the Modi government," Choubey said.

"Despite having fewer seats, we made him (Kumar) chief minister. He has deceived the people twice. He is suffering from arrogance," the BJP leader said.

"Where is the talk of zero tolerance on corruption? He is opportunistic, he keeps looking for opportunities. This is my personal opinion," Choubey added.