Pakistan's envoy to US resigns over 'memogate'

Pakistan's ambassador to United States Hussain Haqqani on Tuesday tendered his resignation after appearing before the country's civil and military leadership and explaining his position on the controversy over a secret memo.

Haqqani expressed his readiness to face an enquiry before Pakistan's top military and political leadership at the Presidency.

Pakistan Prime Minister Yusuf Raza Gilani has accepted Haqqani's resignation after the Pakistani envoy answered all questions raised by the top military brass at a crucial meeting that was held in the Presidency initially and later shifted to the PM's residence.

"As a Pakistani ambassador, I served for three years, and now requested the leadership to accept my resignation after this issue. I am ready to face any inquiry at any forum," sources quoted the envoy as saying.

"I will continue playing my role against intolerance and biasness in politics," Haqqani vowed.

Reports have said that the powerful military has been pressuring the civilian government to remove Haqqani since Pakistani-American businessman Mansoor Ijaz claimed he had drafted and delivered the memo to former US military chief Admiral Mike Mullen in May on the instructions of the envoy.

Haqqani had initially dismissed Ijaz's claims and said he was considering legal action against the businessman.

The memo made public by Ijaz said the Pakistan government had sought US's help to stave off a military coup in the wake of the American raid that killed Osama bin Laden in the garrison town of Abbottabad on May 2.

The memo further said the government would revamp Pakistan's national security set-up by removing elements with links to militants.

According to sources, Haqqani offered his laptop and mobile phone for more investigations. He reportedly highlighted Mansoor Aijaz's suspicious activities in the US during the tenure of the government led by Benazir Bhutto in 1995 and presented a media report on it. 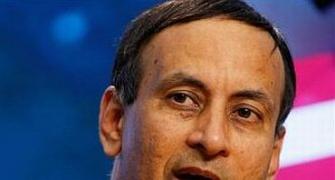 Not seeking asylum in US, says Pakistani envoy Memogate: Could it affect Indo-Pak relations

'Memogate': Haqqani leaves for Pak to explain his position