Gilani made the remarks when Pakistan's High Commissioner-designate to India, Salman Bashir, called on him before his departure to New Delhi to assume his new assignment.

Bashir, who recently retired as foreign secretary, will replace Shahid Malik as Pakistan's envoy to India ahead of several key meetings between the two countries, including External Affairs Minister S M Krishna's visit to Islamabad to review the bilateral peace process with his Pakistani counterpart Hina Rabbani Khar.

"The prime minister expressed his strong desire to build further momentum to carry the bilateral relations forward in a constructive manner," said a statement issued by Gilani's office.

The Premier "emphasised the importance which the present government attaches to Pakistan-India relations."

Gilani also expressed his appreciation for Prime Minister Manmohan Singh, with whom he has held "several constructive meetings."

The Premier directed Bashir to work for the improvement of relations and to convey his personal regards and best wishes to Prime Minister Manmohan Singh and Congress president Sonia Gandhi.

India and Pakistan have taken several steps to improve their relations since they resumed their peace process last year after a gap of over two years in the aftermath of the 2008 Mumbai terror attacks.

Pakistan has decided in principle to give India Most Favoured Nation-status by the beginning of next year despite opposition from groups like the Jamaat-ud-Dawah, a front for the Lashkar-e-Tayiba, which carried out the Mumbai attacks. 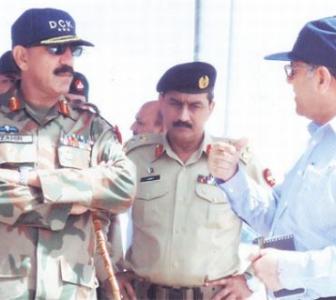