Pakistan's Information Minister Fawad Chaudhry on Friday claimed that a plot to assassinate Prime Minister Imran Khan has been reported by the country's security agencies, ahead of Sunday's no-trust motion against the premier. 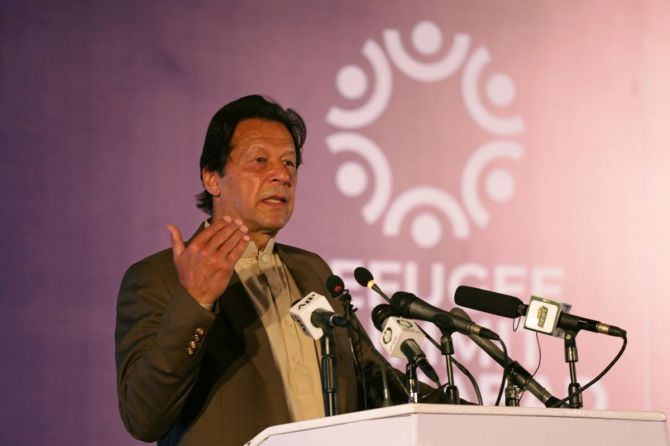 Khan's security has been beefed up as per the government's decision after these reports, the Dawn newspaper quoted Chaudhry as saying.

His statement came a week after similar claims were made by Pakistan Tehreek-e-Insaf leader Faisal Vawda who had said that a conspiracy was being hatched to assassinate Khan over his refusal to "sell the country".

Vawda had made the remarks on ARY News show over a letter Prime Minister Khan had brandished at the PTI's March 27 show of strength here, claiming that it contained "evidence" of a "foreign conspiracy" to topple his government.

Vawda said that there was a threat to Khan's life.

He, however, did not reveal if the purported conspiracy to assassinate the premier was mentioned in the letter.

Vawda also said that Khan was told multiple times that bulletproof glass needed to be installed before his dais at the March 27 rally but he refused.

Information Minister Chaudhry's claims also come a day after Khan, during his address to the nation, vowed to foil "an international conspiracy" hatched against his government by the Opposition leaders and their alleged handlers ahead of the no-confidence vote in the National Assembly.

Khan's address came at a critical juncture of his political career when he lost majority after defection from his PTI party. Two of his allied parties also withdrew their support and joined the ranks of the Opposition.