Pakistan will acquire at least eight modified diesel-electric attack submarines from China by 2028 in a nearly $5 billion (Rs 33,479 crore) agreement, said to be the biggest arms export deal for the Communist giant. 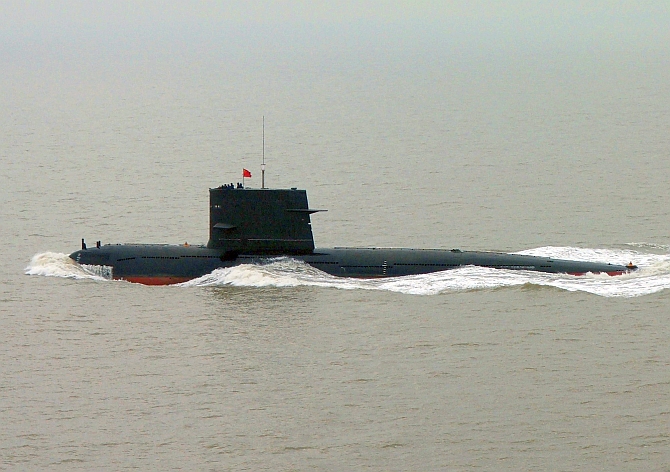 The head of Pakistan's next-generation submarine programme and senior naval officials briefed the members of the National Assembly's Standing Committee on Defence on August 26 regarding the deal worth approximately $4 to $5 billion, according to state-run media.

The statement made by naval officials to the committee members showed that the programme of next generation submarines was moving ahead, Radio Pakistan reported.

In April, a senior Pakistan Navy official had announced that Karachi Shipyard and Engineering Works had secured a contract to produce four of the eight submarines, which will be fitted with air-independent propulsion systems.

Often described as Pakistan's "all weather friend", China is expected to extend a long term loan to Pakistan at a low interest rate to cover the cost of the project, the report said.

It has not officially been confirmed what type of submarines will be supplied to the Pakistan Navy by the China Shipbuilding Trading Company and there has been considerable speculation on the subject in the past.

The first four submarines are expected to be delivered by the end of 2023 while the remaining four will be assembled in Karachi by 2028.

These are expected to form the sea-based arm of Pakistan's burgeoning nuclear second-strike triad.

One of Agosta90B -- Hamza (Khalid Class) -- was indigenously constructed and commissioned in 2008 and another was partially completed in Islamabad. The third was built in France.