Pakistan has other 'options', Imran Khan's aide tells US 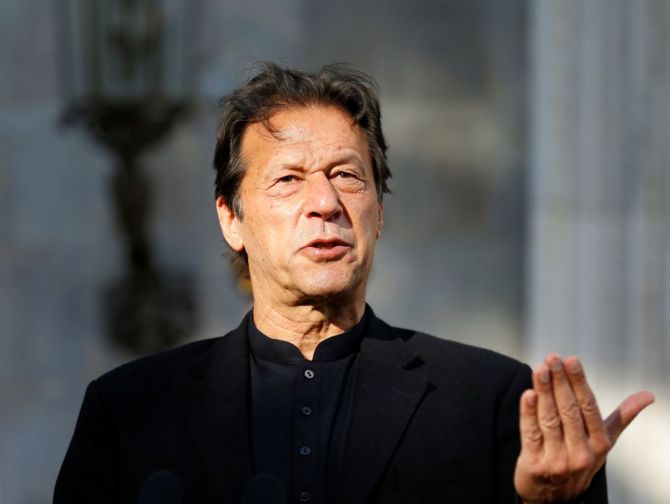 "The president of the United States hasn't spoken to the prime minister of such an important country who the US itself says is make-or-break in some cases, in some ways, in Afghanistan - we struggle to understand the signal, right?" Yusuf said in an interview with The Financial Times of London, according to the Dawn newspaper.

"We've been told every time that… (the phone call) will happen, it's technical reasons or whatever. But frankly, people don't believe it,” he said. "If a phone call is a concession, if a security relationship is a concession, Pakistan has options,” he added, refusing to elaborate.

The US State Department, however, has assured Islamabad that Washington recognises Pakistan's vital role in restoring peace in Afghanistan and wants Islamabad to play that role.

"Pakistan has much to gain and will continue to have a critical role, and be well-positioned to have a role in supporting the outcome” in Afghanistan, said US State Department spokesperson Ned Price.

"We'll continue to work and to communicate closely with our Pakistani partners on this,” he added.

But The Financial Times reported on Tuesday that Yusuf complained about President Biden's failure to contact Prime Minister Khan as Washington sought help to stop the Taliban taking over Afghanistan.

"The cold shoulder from Washington comes as the Taliban has captured swaths of territory across Afghanistan in a ruthless offensive emboldened by the US pullout,” the report added.

The British newspaper said that while Yusuf did not elaborate on his options, "Pakistan has cultivated deep ties with its ‘iron brother' China, which has invested billions in infrastructure projects as part of its Belt and Road Initiative."

"There are still a number of world leaders President Biden has not been able to speak with personally yet. He looks forward to speaking with Prime Minister Khan when the time is right,” a Biden administration official told the paper.

The report pointed out that the diplomatic affront was the latest setback in US-Pakistan relations after their cooperation during the war on terrorism following the 9/11 attack on the twin towers by the Al-Qaeda.

Under the Trump administration, the US severed USD 2 billion in security assistance to Pakistan after Donald Trump accused his ally of “nothing but lies & deceit”.

After Trump made a deal with the Taliban that relied on help from Pakistan, however, he invited Khan to the White House.

A person familiar with last week's discussions between Yusuf and his American counterpart Jake Sullivan said, "The conversation about Afghanistan had been tough but that securing a political settlement … could help improve the US-Pakistan relationship dramatically”.

Yusuf and Sullivan discussed the urgent need for reduction in violence and a "negotiated” political settlement in Afghanistan.

The Pakistani delegation also explained its position in meetings with senior US officials, lawmakers, think-tank experts and media representatives.