Pakistan frees terrorists due to lack of evidence: Report

The failure of the Pakistani police and security agencies to gather sufficient evidence has led to the release of a large number of dreaded terrorists of outfits such as Al Qaeda and Taliban, who are known to have participated in major attacks in Pakistan, a report said.

What is more worrying is that most of them have vanished into thin air soon after their release and were probably planning or participating in more attacks, the report said.

At least a dozen of those released due to lack of evidence are those involved in failed assassination bids on former Pakistan President Pervez Musharraf, including one in collaboration with some Pakistan Air Force officers in 2003, it added.

Quoting statistics of Pakistan's Crime Investigation Department, the report published in the Pakistani magazine The Herald said that in the Sindh province alone, as many as "121 high-profile terrorists were released between 2002 and 2007. In each case, the prosecution's case was not strong enough".

It quoted an unnamed senior CID official as saying, "If you collect the list of militants from the remaining three provinces (of Pakistan), I am sure the number of those who are released would exceed several hundreds."

Source: PTI© Copyright 2020 PTI. All rights reserved. Republication or redistribution of PTI content, including by framing or similar means, is expressly prohibited without the prior written consent.
SHARE THIS STORY
Print this article
'The jihadists are dragging us into the Middle Ages'
Inside Pakistan's terror schools 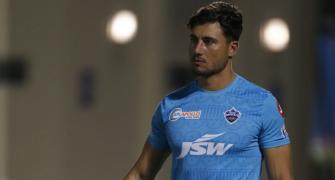 'Pakistan is the centre of terrorism'