Intelligence agencies detained more than 20 activists of the banned Hizb-ut-Tahrir in Lahore on Thursday on suspicion of involvement in making a video that accused Pakistan Army chief Gen Ashfaq Parvez Kayani of "treachery".

The operatives seized computers, CDs and literature from the possession of the detained activists.

"The intelligence agencies picked up the Hizb-ut-Tahri men as the organisation had posted a video on the Internet that spoke about army chief Gen Kayani's treachery in the war on terror," a source said.

Hours before the raid, a Hizb-ut-Tahrir spokesman sent SMS messages to journalists in Lahore and Islamabad that contained a link to the video posted against the army chief.

The arrested Hizb-ut-Tahrir activists were taken to an undisclosed location for interrogation, sources said.

Since the killing of Osama bin Laden in a raid by US special forces in Abbottabad in May last year, the Hizb-ut-Tahrir has been accused of fomenting unrest in the Pakistan Army.

The organisation distributed pamphlets in cantonments that urged soldiers to rise up against their officers.
Source: PTI© Copyright 2020 PTI. All rights reserved. Republication or redistribution of PTI content, including by framing or similar means, is expressly prohibited without the prior written consent.
Related News: Pakistan Army, Gen Kayani, Hizb-ut-Tahrir, PTI, Osama bin Laden
SHARE THIS STORY
Print this article
Former Bangladesh PM accused of December 2011 coup attempt
'Zardari had prior knowledge of US raid on Osama compound' 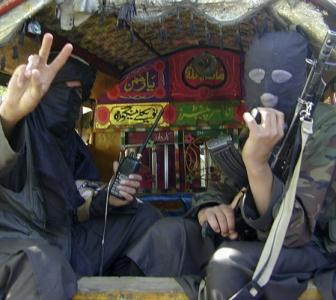 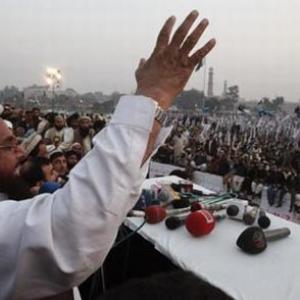