During the last fortnight, Indian intelligence agencies have issued as many as 10 alerts regarding terrorists crossing the border and planning something "big" in the Kashmir valley. 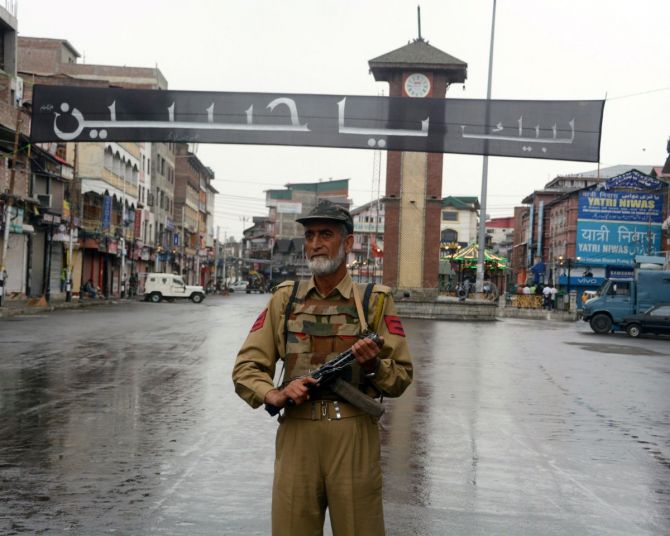 On August 15, the government in Afghanistan had collapsed and the Taliban took over the country.

It is learnt that the sympathisers of the Taliban who are targeting India are now active.

According to a senior official, personnel of intelligence agencies active in Jammu and Kashmir got intel reports from their counterparts active in Pakistan Occupied Kashmir region regarding the movement of terrorists who are planning to infiltrate into Jammu and Kashmir.

"In the last 15 days around 10 alerts were issued regarding suspects who might be involved in terror activities were noticed near border areas. We have informed concerned security agencies to be on alert to avoid any untoward incident," added the official.

The intelligence agencies have intercepted the movement of Lashkar-e-Taiba, Jaish-e-Mohammed, Hizbul Mujahideen and other terrorists in the valley.

The security agencies have been alerted on possible grenade attacks, any high-value target, security personnel, Improvised Explosive Device attack, and any public places in Srinagar.

One of the intel reports mentioned that five terrorists of JeM along with a guide reached Jandrot in PoK and might enter the country from Mendhar area of Poonch district in Jammu and Kashmir.

"We have witnessed a sudden surge in activities on social media. Several unverified videos addressing youth in the valley have gone viral in the region. We are keeping watch on such activities and requesting people to report such videos. Any plan to derail peace in the valley will fall flat," said the official.

All intelligence agencies have been put on high alert after they learnt about a meeting between Pakistan-based terror outfit Jaish-e-Mohammed and Taliban leaders in Kandhar during the third week of August. The meeting was attended by a group of Taliban leaders where JeM sought their support in 'India-Centric' operations. Sources further reveal that the political situation in Pakistan was also discussed at the meeting.