The Pakistani Taliban on Tuesday claimed responsibility for the attempt on the life of senior journalist and television anchor Hamid Mir, saying they would carry out more attacks on anyone "pursuing a secular agenda".

Ihsan was quoted by the website of the Dawn newspaper as saying that Mir followed a "secular agenda" and was helping those who were working against the principles of Islam.

Ihsan warned of more attacks on anyone pursuing a secular agenda.

The Taliban would continue to target all those who were involved in propagating views against jihad, he said.

He further said that those "targeting the Taliban would be targeted with explosives".

Mir, a senior Geo News anchor was returning to his house in Islamabad on Monday when a passerby spotted a bomb attached to his car.

A bomb disposal squad was called and it successfully defused the bomb containing half a kilogram of explosive materials.

Some reports suggested Mir had received threats from the Taliban for condemning an attack by militants on teenage rights activist Malala Yousufzai, who was shot in the head by Taliban fighters.

Malala is currently being treated for her injuries in Britain. 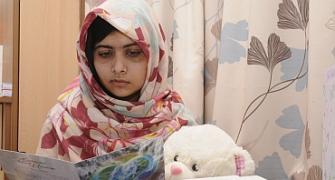 5 killed, over 70 injured in Pak bomb attack on Shias