In a shocking incident, a man and a woman arrested on charges of "intent to commit adultery" were paraded naked by police through a town in Sindh province of southern Pakistan, promoting authorities to arrest four policemen involved in the case.

Mumtaz Mirbahar, a trader, and a woman were arrested by police in Gambat town in Sindh on July 27. They were forced to walk naked through the town to the police station.

Grainy footage on the BBC Urdu website showed policemen preventing Mirbahar and the woman from putting on their clothes after being arrested.

After the incident came into light, four policemen, including a police station chief, were arrested today for stripping and parading them, officials said.

Special Superintendent of Police Irfan Baloch said raids were being conducted to nab two more policemen who were involved in the incident.

The police station chief and two assistant sub-inspectors had been suspended after the media reported that police had forced the man and woman to walk naked through the streets.

Baloch claimed a police team had raided a suspected brothel and allegedly caught the man and woman committing adultery.

The police department is looking into accusations that the couple was made to walk naked to the police station, he said. "If the police accused of treating the couple in an inhuman manner are found guilty, they will not be spared."

Earlier, Mirbahar said he was the victim of a conspiracy and that the woman had been brought by the policemen. He said they were both made to walk for over half a kilometre while several persons, including policemen, filmed them.

Mirbahar subsequently obtained bail from a local court though the woman continues to be in jail, the report said.

He filed a petition in the Sindh high court that will be heard on August 8.

Residents of Gambat told BBC that they had tried to stop the policemen from forcing Mirbahar and the woman to walk naked through the town but they did not listen.

The report said another woman was arrested along with the duo but she was not paraded naked.

The policemen acted as both complainants and witnesses in the case registered against Mirbahar.

The policemen claimed they were informed by an informant that Mirbahar had invited two women to his home for "sexual favours".

Witnesses said the naked woman was forced into a police van while Mirbahar was made to walk in front of the vehicle all the way to the police station. The second woman was fully clothed, they said.

After reports of the incident emerged today, three policemen were suspended in connection with the incident.

Gambat is part of Khairpur district, which is home to Sindh Chief Minister Qaim Ali Shah. Mumtaz: Even though I have family and friends, I am lonely 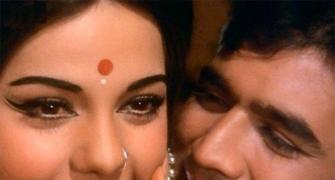 US intervention sought over Baloch murders