Anti-terrorism court Judge Pervez Ali Shah, who awarded the death sentence to Malik Mumtaz Hussain Qadri on October 1, had gone on leave after a group of lawyers ransacked his courtroom and several hardline religious groups offered a bounty to anyone who killed him.

"The death threats have forced Shah to leave Pakistan along with his family for Saudi Arabia," said Saiful Malook, who served as special prosecutor during Qadri's trial.

Sensing the gravity of the situation, the government had arranged for lodging Shah and his family in Saudi Arabia, Malook said. "Though security was provided to the judge and his family, the government, acting on reports from intelligence agencies, opted to send him abroad," he said.

There were several reports that extremist elements in religious parties had offered a bounty for anyone who killed the judge. "Yes, there were such reports," Malook said.

Malook further said he too had been receiving threats and urged the Pakistani government to provide him foolproof security. "The government has deployed only two policemen for my security, which by all means is not adequate," he said.

In his verdict against Qadri, Shah had said, "No one can be given the license to kill anyone in any condition, therefore, the killer cannot be pardoned as he has committed a heinous crime."

Qadri, a constable of the Punjab police elite force who was part of Taseer's security detail, has tried to justify the murder by saying that he killed the outspoken politician for criticising the blasphemy law and for supporting Aasia Bibi, a Christian woman who was sentenced to death last year for allegedly insulting the Prophet. The police guard had gunned down Taseer outside a restaurant in Islamabad on January 4.

The Islamabad high court has stayed the implementation of Qadri's death sentence till it decides an appeal filed by his lawyers.

Malook said Shah's decision was "absolutely according to law" but the reaction of the lawyers of the Rawalpindi Bar Association was unfortunate. The lawyers had organised several protests against the verdict and ransacked Shah's courtroom.

Some 40 religious and hardline groups, including the Sunni Tehrik and Jamaat-ud-Dawah, have been pressuring the government to remove Shah from his post for giving the death sentence to Qadri.

Some clerics called the verdict "un-Islamic" and demanded action against the judge.

The religious and hardline groups, who have united under the banner of the Tehrik Namoos-e-Risalat, have been organising rallies and protests across the country against the verdict. They have claimed the verdict is aimed at pleasing the United States at the cost of creating unrest among Muslims.

At the same time, police officials investigating the abduction of Shahbaz Taseer, the son of Salman Taseer, are trying to ascertain whether Qadri's supporters might be involved in the crime.

Interior Minister Rehman Malik has said Shahbaz is alive and being held near the border with Afghanistan. Shahbaz was kidnapped near his office in the Gulberg area of Lahore in the last week of August.

Source: PTI© Copyright 2021 PTI. All rights reserved. Republication or redistribution of PTI content, including by framing or similar means, is expressly prohibited without the prior written consent.
Print this article
Did Pak Governor Taseer's killer have help? 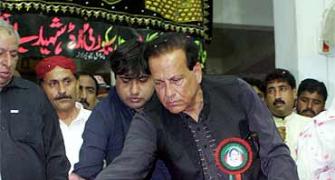 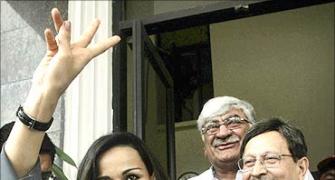 After Taseer, Sherry Rehman next target of Taliban 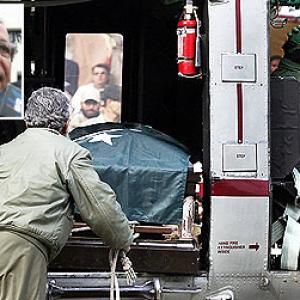