A Pakistani military helicopter carrying 11 foreigners crashed in the Pakistan occupied Kashmir on Friday, killing ambassadors of the Philippines and Norway and at least five others as the Taliban claimed responsibility for the downing of the chopper and said Prime Minister Nawaz Sharif was the target.

The Pakistan army, however, ruled out the possibility of any terrorist or subversive activity in the crash in Pakistan-occupied Kashmir's Gilgit-Baltistan in the north and said the chopper crashed due to a technical fault while landing. 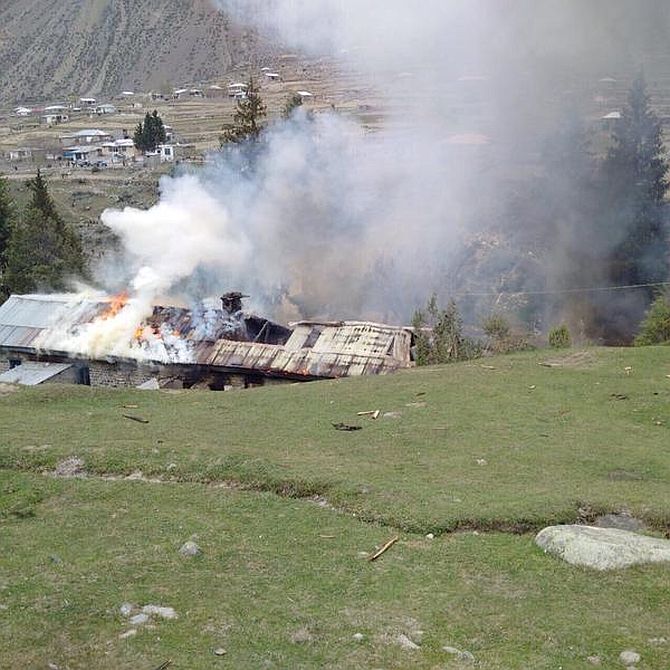 Leif H Larsen, the Norwegian envoy, and Domingo D Lucenario Jr of the Philippines were killed along with the wives of the Malaysian and Indonesian ambassadors, besides two army pilots and a Pakistani crew member in the helicopter that caught fire as it crashed into a school.

Six Pakistanis and 11 foreigners were on board the Mi-17 helicopter that was making an emergency landing when it crashed in Naltar valley, setting the school building ablaze, according to initial reports.

Sharif's plane was already airborne for Naltar where he was scheduled to inaugurate two projects but it was diverted back to Islamabad following the "tragic" news of the crash. 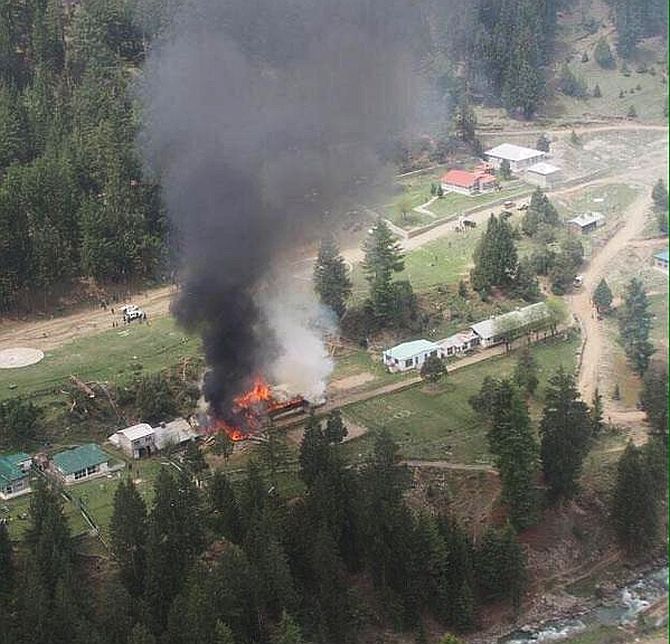 Bajwa said that three Mi-17 military helicopters were carrying diplomats from 37 countries to Naltar where Sharif was to address a ceremony.

The Tehreek-e-Taliban Pakistan claimed responsibility for the downing of the helicopter and said Sharif was their target. "The helicopter was shot down by an anti-aircraft missile, killing pilots and many foreign ambassadors," according to a statement in Urdu emailed by the TTP's main spokesman Muhammad Khorasani. "A special group of Tehreek-e-Taliban Pakistan had prepared a special plan to target Nawaz Sharif during his visit but he survived because he was travelling in another helicopter," he said.

The TTP claim could not be immediately verified, but the Gilgit-Baltistan region is not known to be a stronghold for the militant outfit.

Bajwa said the helicopter crashed due to a technical fault. "Update Naltar: Accident cause - As per initial info, 2 heli landed safely while 3rd developed tech fault while landing-7," he tweeted.