Pakistan faces an "education emergency" that costs the economic equivalent of its flood disaster every year, a new education campaign has warned. The March for Education campaign, launched with the British government's backing, deploys stark statistics to draw a picture of a chronically ill education system in Pakistan, The Guardian reports.

One in ten of the out-of-school children in the world live in Pakistan, a nuclear-armed state that spent just two per cent of its Gross Domestic product (GDP) on education last year.

The number of children absent from primary schools- seven million- is roughly equivalent to the population of Pakistan's second largest city of Lahore. Half of the Pakistani population is illiterate and the progress so slow that at the present rate, the government will not be able to deliver universal education in Balochistan, the largest province, until 2100.

The campaign, which calls on Pakistanis to petition Prime Minister Yousaf Raza Gilani to double education spending, comes from within the government itself, in a sign, officials say, of how serious the problem has become. "When half your population has no skills or education, it's a serious issue of state security," said Shahnaz Wazir Ali, co-chair of the government taskforce behind the campaign. "That's why we're going public with this. It's not just a government issue, it''s a society issue."

While the campaign says that just 6 per cent of Pakistani children attend religious schools madrasas- critics say that the figure is too high.

"It's a staggering number," said Pervez Hoodbhoy, an academic and campaigner, calling for an education system that "demands questioning, teaches skills and downplays indoctrination in favour of knowledge and enlightenment".

Critics also point out that the campaign fails to focus on the outdated curriculum in Pakistani schools that promotes a narrow view of Islam, hatred of Hindus and other bigotry.

"Decades ago there was less literacy and fewer students in schools. But children were not fed their daily diet of hate, and open minds were more welcome than today." 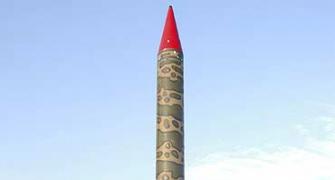